The distance between the Stone Wharf on Chebeague Island and the Cousins Island landing is just 1.7 miles. But over the 30 years that the Islander ferry has been making the daily runs, she has logged enough miles to take her to the moon and halfway home. On Monday, April 6, the Chebeague Transportation Company (CTC) will celebrate the 30th birthday of the Islander with free passenger rides and an all-day onboard party.

“We thought this anniversary for our workhorse boat was worth a celebration,” said Mike Conroy, president of the CTC board. “Especially after this rugged winter.”

The Islander, a 52-foot, steel-hulled ferry, was custom-built for CTC by Washburn & Doughty of East Boothbay and launched at ceremonies there on April 6, 1985. A short video of the launching has been created and will be played onboard during the day. Photos also will be on display.

Since her launching, the 102-passenger Islander has logged 366,000 miles, almost all of them between Chebeague and Cousins Island. That is the equivalent of 61 round trips to England.

The Islander is Chebeague Island’s “bridge.” In an average year, the iconic blue-hulled boat transports more than 120,000 passengers, including school children and commuters, plus freight, groceries, building supplies, equipment, emergency rescues and even the occasional pot-bellied pig. The ferry operates 365 days a year, and it’s a rare storm or ice that slows her down, as this winter demonstrated.

The Islander is owned by the CTC, organized in 1972 by Chebeague residents to replace a private water taxi service. CTC also operates a seasonal barging service to the island. The company employs 22 people. 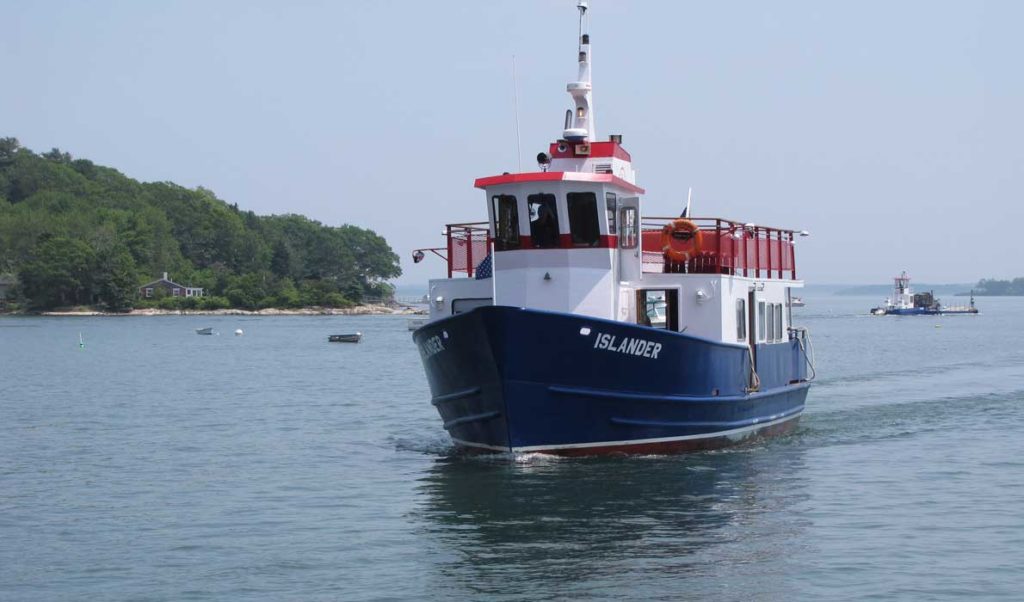