By design, Caught, with text by by Glen Libby and photos by Antonia Small, is a book you can keep on your coffee table both for casual browsing and for burnishing your progressive cool. But you might want to look in deeper. This is a book—not to put too fine a philosophical point on it—about reality.

First, the photos. In 2009, Antonia Small took it upon herself to photo-document Libby’s community-supported fishery project, the first of its kind in the U.S., and Caught displays fruits of her labor. Her expertly made, high-resolution black and white photographs freeze scenes and people along the coast at Port Clyde into little implicit narratives of their own: “Boats in Harbor” quietly at anchor; “Bait” in crates on the wharf; “Prop,” the crusted propeller of the fishing boat Skipper; “Glen,” a curiously dark image of Libby in Red Sox hat and T-shirt aboard his boat; other unusually composed, hyper-realistic images of people, gear and the sea.

With the scene set in photos over the first 30 pages or so, chapters of text written by Libby filter in, recounting the rise, near falls, complications, and reasons behind his effort to create a fishermen’s co-op off the beaten path on Maine’s Midcoast. In many art books the text is either a collection of unsubstantiated qualitative generalities, or a summary of details about the imagery. Inside this book, however, Libby’s story is the driving force.

He tells how his life as a fisherman, starting in the 1970s, intersected with the decline of the groundfishing industry in Maine. For years, Libby observes, fishermen groused about dwindling dock prices, government regulations, shrinking fish populations, but did nothing about it. Exasperated, angry, defiant, challenged, confident, and—according to events recounted here, anyway—more or less fearless, Libby decides to tackle the problem head-on, despite its size and complexity. If his fishing life is going down, it’s going to be a life or death fight.

His approach is simple: deal with reality.

One thing about reality, if you’re paying attention, is that it does not happen in a straight line. True to life and groundfishing, neither does Libby’s narrative. In a kind of verbal stew whose ingredients are the facts behind Port Clyde Fresh Catch, anecdotes about fishing, processing and lobbying, descriptions of his own feelings of elation, discouragement and determination, and wry, sometimes sardonic observations on how life really works, Libby pieces together an extraordinary picture of what happened to his fishing life in colorful, well-informed, thoughtful, conversational Maine-coast language.

He begins by explaining his observation that the regulators’ plan to save the fishery by reducing the number of fishing boats would also reduce the number of fishermen—and, in reality, wipe out a hundreds-of-years-old way of life. So Libby asked: How can you flip the solution—instead of favoring fewer boats taking a lot of fish, favor more boats taking less fish?

The answer was the fishermen’s co-op, but since no one had ever done it before, it had to be invented. Libby worked years learning the wholesale and retail fish markets (and seasons), arguing with regulators and legislators, figuring out how to run a processing operation (there are vivid chapters on learning to cut fish, pick crabs, and hire and fairly pay deserving workers). Some things worked, some didn’t. Some things seemed like they’d never get figured out. Fishermen joined the co-op, quit in frustration, then returned.

A chapter on how technological improvements led directly (this does seem to have been a straight line) to catastrophic overfishing in the Gulf of Maine is fascinating. In the 1970s, boats were navigating by landmarks, meaning the regular routines at sea were imprecise at best, and impossibly dangerous in bad weather. Soon came radar, which made it easier to fish in fog, and then in the 1980s, Loran A, which involved radio signals broadcast by government marine agencies to help boats better locate themselves. More fishing time in the best spots.

Fathometers arrived, taking a lot of the eyeball uncertainty out of where the bottom is treacherous to fishing gear. Then scanning sonar. Then “plotters,” which drew maps of the bottom in real time on the boat. All these developments enabled more efficient dragging (in straight lines, really) and larger catches. When GPS arrived, you could fish safely in just about any weather wherever the fish were. Add radical improvements to gear and nets, and the fish did not stand a chance. And so neither did the fishery.

Libby’s energy for solving the problems caused by technology, government, passive fishermen, greedy buyers is, in this account, prodigious. And at the core of that energy, the central message of the book, really, is: Always adapt to reality.

For me, this came clear at another level in the last, most unlikely chapter. Libby’s decades-long, obsessive dedication to the co-op led, maybe inevitably, to a serious illness, and during his hospitalization he experienced powerful dreams and “visions.” Small encouraged him to write them down, and the chapter “Vampires” offers what must be a selection from those writings. Lucid dreams of boats, islands, harbors, scalloping, fish. Vampires who come regularly to draw his blood. Thoughts on celestial mechanics, Jefferson Airplane, the moral imperative to teach.

“The yin/yang aspect of all things becomes not completely clear, but there is an awareness of this. In my little world view, life, especially self-aware life, has the ability not necessarily to control, but to bring rise to chaos. Chaos is the birthplace of creativity (or just chaos if not controlled).”

The point? Reality is right there with you all the time. You just have to recognize it. And adapt to it.

Glen Libby is a fisherman with the disposition of a Beat poet. Caught is a remarkable book about the reality of life on the millennial Maine coast. Port Clyde Fresh Catch’s website is www.portclydefreshcatch.com.

Dana Wilde lives in Troy and writes the Backyard Naturalist and Off Radar columns for the centralmaine.com newspapers and is a member of the National Book Critics Circle. His recent book, Summer to Fall: Notes and Numina in the Maine Woods, is available from North Country Press. 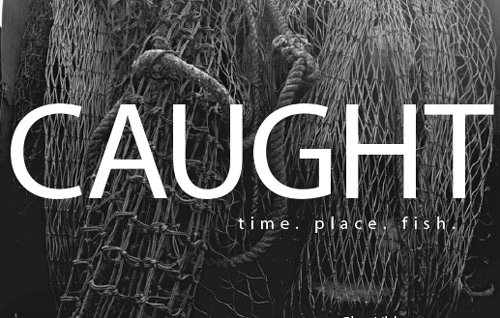