Mike Doan, research associate with the Friends of Casco Bay, is often asked, “What were the highest and the lowest water temperatures this year?” Thanks to the organization’s continuous monitoring station, Doan is able to share those with confidence.

He can describe water conditions in the bay on an hourly, daily, weekly, seasonal, or yearly basis, in far more detail than ever before.

“Along with identifying temperature extremes, we are interested in being able to monitor how seasons are shifting as Casco Bay continues warming,” Doan explains. “For example, we are looking at how many days a year the daily average temperature rises above 59 degrees F and falls below 41 degrees F. In 2018, we had 103 days above 59 degrees F, compared to 97 days in 2017.”

Doan also notes that this year is on track to be as warm as 2018.

“With only three years of continuous data, it is much too early to call this a ‘trend,’ but these measurements support our concern that Casco Bay is getting warmer,” he said.

Temperature influences how much oxygen and carbon dioxide the water can hold, the rate of plant growth and decay, the movement of currents, and the geographic distribution of marine life.

The Friends of Casco Bay’s continuous monitoring station has been amassing hourly data on the health of the bay since July 20, 2016. It consists of a modified lobster trap that houses a data sonde and a carbon dioxide sensor. It is funded, in part, by Casco Bay Estuary Partnership and other donors. The data is posted on the website at cascobay.org/continuous-monitoring-station, where anyone can check out ten parameters that explain conditions in Casco Bay.

The continuous monitoring xtation is anchored just above the ocean floor in Yarmouth. This location was chosen because it is near the coastal midpoint of Casco Bay.

The Friends group plans to install additional monitoring stations at opposite ends of the bay, near Portland Harbor and in eastern Casco Bay.

“By establishing an array of three stations, we will be able to understand the variability and change in the eastern, middle, and western regions of the bay,” explains executive director Cathy Ramsdell. “We do not collect data merely for the sake of collecting data. The science is used for informing our advocacy and education efforts. What we are learning can help our communities understand that conditions are changing, and together we can explore possible responses.” 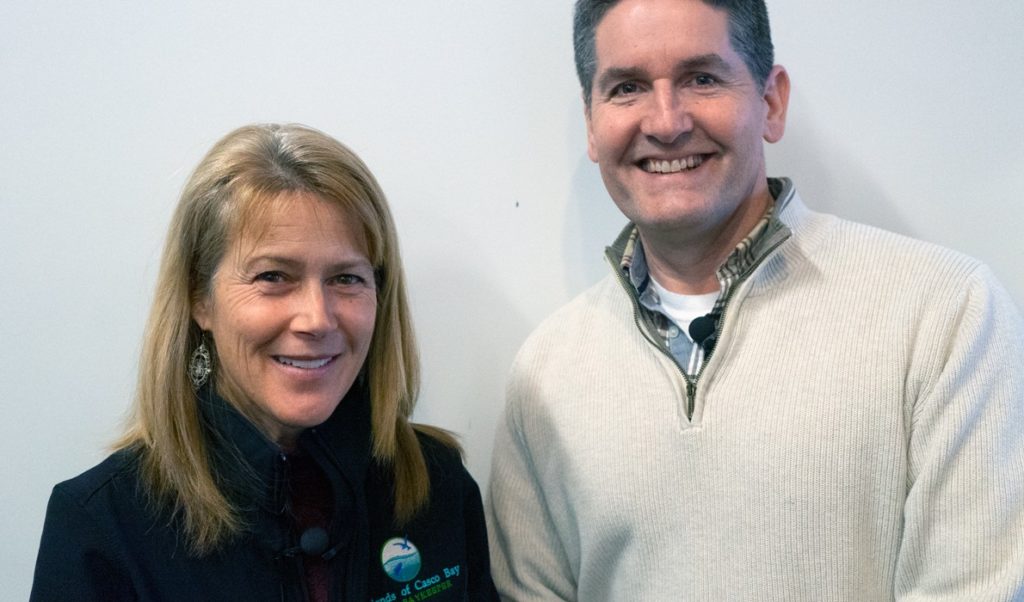