In the world of contemporary Maine literature, Carolyn Chute is a prolific and highly original author. Best known for her first novel, subsequently made into a movie, The Beans of Egypt, Maine (1985), she has written six more since then.

Born in Portland in 1947, she rejected formal schooling and dropped out of both high school and college, but she has taught college classes and won literary awards.

Living for a number of years now in rural western Maine with her husband, she is a strong supporter of the Second Amendment and gun ownership rights and a founding member of several citizen groups, the 2nd Maine Militia and the Border Mountain Militia.

Considered a populist political activist, she describes herself in a “New Democracy” newsletter in 2000: “I especially like the stories of heroic deeds by ordinary people when they have faced down the cruelties and injustices of the elite.”

Chute’s newest novel certainly has that focus. The Recipe for Revolution (2020) is third in her self-described “four-ojilly” of overlapping books, following The School on Heart’s Content Road (2008) and Treat Us Like Dogs and We Will Become Wolves (2014). In an author’s note, Chute says they do not need to be read in a certain order, that each book stands alone. And “Author’s Note 2” explains there is a character list at the back of the book.

She reassures us that important characters will eventually become obvious: “Don’t twist your head trying to keep every character straight.” She also provides a “List of Icons,” with line drawings of images linked with what they symbolize. For example, a dollar sign represents “the voice of Mammon,” a cloud shape is “cyberspace,” and a crown signals voices of women at the Settlement, “usually speaking to us from the future.”

There are 20 of these icons, and they serve to organize the book, providing some context for what situation, time, voice, or location is being referenced. A chapter often has more than ten of these, meaning a lot of disparate characters, places, and plot lines are in play, somewhat loosely woven together.

Despite those icons and character list, I have to admit I often felt lost or confused over the duration of the book’s 745 pages. (The quarantine was good for that, time to read a very long book.) What Chute prioritizes is sharing a lot of very provocative and controversial thoughts here. (Well, consider the book’s title.)

These are ideas and history we may not have been exposed to in school. She challenges readers to step outside their comfort zone and question stereotypes and assumptions about subjects like Maine’s rural poverty versus coastal wealth, polygamy, gun ownership, capitalism, mandatory education, and intentional communities. Chute has said she doesn’t write for readers, or editors, or reviewers; she says it as she sees it and doesn’t worry about others’ reactions.

Chute’s quotes from “Critical Thinkers of the Past” (icon: an opened book) can serve to direct the reader to learning more, from thinkers like Thoreau, John Milton, “Mother” Jones, George Santayana, Angela Davis, and Yogi Berra. Not only is Chute clearly well-educated (who needs diplomas to prove that?), but she is a gifted writer, with inventive language and inventive structure in her books.

It was in a sentence from the last chapter, where a main character, Claire, is examining a shiny ring left on a windowsill by a regularly visiting crow, that I realized what I love about Chute is her lyricism: “Oh, but the pearls melt her heart most; she envisions them being ‘birthed’ patiently by the humble majesty of such helpless funny-looking creatures as oysters pinned into place by the cruel but blessed power of the sea.”

It reminds me of the kind of writing I feel Emily Dickinson was referring to when she wrote, “If I feel physically as if the top of my head were taken off, I know that is poetry.” And Chute’s book works best, I think, seen as that: an epic poem full of exultant descriptions of heroic actions.

Recipes we consult when we cook require work, time, and ingredients. Here, I’d say, The Recipe for Revolution takes time as the book is long, and work as the book can be tediously detailed. But with Chute’s ingredients, the resulting concoction is a tantalizing mix: humorous, instructive, clever, and colorful. 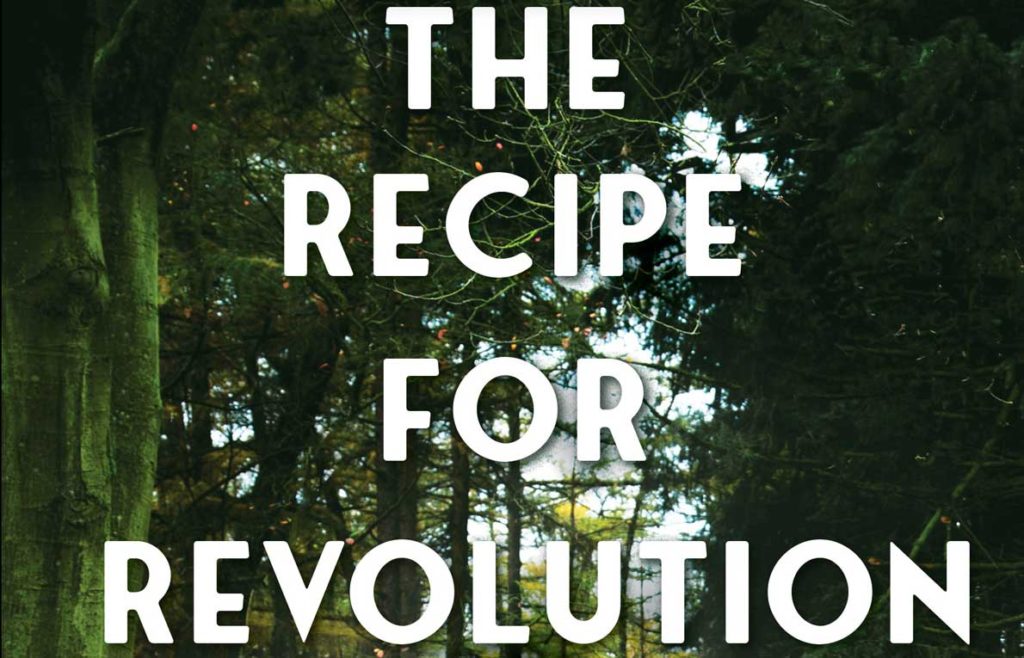