Herring stock is down, and U.S. catch limits designed to prevent its overfishing are getting tighter. In fact, the National Marine Fisheries Service has proposed a 2019 herring quota for the Gulf of Maine of 24,468 metric tons. That’s less than half the 2018 cap of 49,900 tons—which had been slashed from an original 2018 quota of over 100,000 tons.

Faced with the scarcity, many Maine lobstermen are hoping to bait their traps with other fish species or even material from other types of animals.

To safeguard the region’s marine ecosystem, however, some baits are outlawed or require permission from the state’s Department of Marine Resources before they can be used.

The DMR has a backlog of such requests, Resource Coordinator Nick Popoff told attendees at the meeting.

“The herring decline since last year has led to a significant increase in petitions,” he said. “What used to take one to two weeks is now a month or more.”

Popoff said the state may import other fish as an alternative to herring. The DMR is considering several types of Asian carp, bred in Illinois, and could allow their use in the coming weeks.

“There are potential options, and we’re trying to provide them but also make sure they’re safe, so the fishery can continue,” Popoff said.

In Canada, where lobster fishers bait with mackerel in addition to herring, the situation isn’t quite as dire. But the industry is concerned and exploring herring alternatives, said Martin Mallet, executive director of the Maritime Fishermen’s Union, which represents 1,300 fishers in New Brunswick and Nova Scotia.

“Restoring traditional bait stocks is number one on the priority list, but there are other options,” he said.

The MFU’s research arm, Homarus Inc., has already developed an artificial bait from fish processing residue, blood, and other natural ingredients, according to Mallett. Homarus sold 10,000 pounds of the bait in 2018, and Mallet hopes to scale up production to 350,000 pounds this year.

Some audience members were skeptical.

“Is it really a good, workable bait, or just another ‘we’re working on it’?” asked Bruce Fernald, a lobsterman from Little Cranberry Island. Fernald said he had tried other artificial baits with little success.

Mallett said the Homarus bait is already being used by Canadian lobstermen, but that the market would determine its ultimate success. He expects the price to be 65-70 Canadian cents per pound.

“At the end of the day, the important question is, will fishermen use it? Will they pay for it?” he said. “You can have the best bait in the world, but if it’s $5 a pound, you guys won’t buy it.”

John Nicolai of Gouldsboro predicted that individual bites of bait won’t last long in the ocean current if they are shaped in cubes rather than spheres.

Audience members debated the use of other animal products, such as cowhide or pig feet. A Prince Edward Island man suggested using meat from grey seals, often considered a nuisance species in Canadian waters.

“If lobsters like the taste, that could be a huge opportunity,” he said.

“Horrible idea,” a couple of people shouted in response, and one said seal bait would be illegal in the U.S.

Robert Harrington, of the University of Maine Aquaculture Research Institute, urged caution in adopting any alternatives.

“We need to make a sustainable bait,” he said. “You make one mistake in biosecurity, and you’re done.” 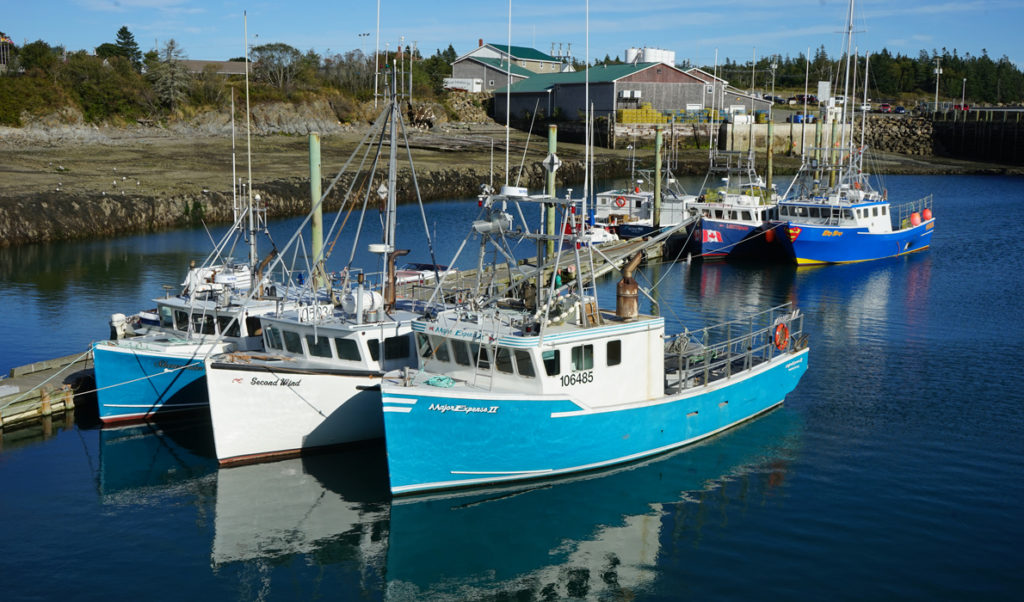