New York, New York is a lot of things to a lot of people. But it isn’t a great place to harvest oysters. Eat them, yes. Harvest them, no. Turns out this is a recent phenomenon.

In the 1890s, New York was known as the Oyster Capital of the World. Today, a dedicated group of young people and their mentors have ambitious plans to bring back the oysters of New York in a big way, called the Billion Oyster Project.

New York Harbor used to be an incredibly rich oyster habitat. In fact, oysters and the reefs they built dominated the entire underwater landscape of the harbor, the East River, the lower Hudson River and up the tributaries as far as the mix of salt and fresh allowed. The oyster reefs created nooks and crannies, hiding places and nursery spaces for fish and other invertebrates, some of which ate the oysters as well. Oysters were the building blocks that housed and fed a rich marine ecosystem.

The reef structure also dissipated the energy of incoming waves—protecting the coastline from storm damage. Oysters themselves eat micro-organisms that they filter from the water—in effect cleaning the water—and in the New York Harbor of the late 1800s, the water would have been filtered by oysters every couple of days.

New Yorkers ate oysters morning, noon, and night, and by the early 1900s, they had over-harvested the bounty, outstripping the formidable ability of such a prodigious oyster population to reseed itself. The problem was compounded by the dumping of an incredible amount of residential and commercial waste into the harbor. Without the oyster water-cleaning service, the waters became highly toxic, and very little marine life survived in the once rich waters.

Since the passage of the Clean Water Act, the water quality has improved markedly. And oysters should now be able to thrive again—if they can find safe harbor and establish a foothold.

This incredible story of New York’s oyster history is well told in two recent books: Mark Kurlansky’s The Big Oyster—a History on the Half Shell, and Paul Greenberg’s American Catch.

The mission of the Billion Oyster Project is to get the oyster started again. The initiative was begun in 2010 by a diverse coalition of New Yorkers, with the New York Harbor School leading the charge. The Harbor School is an innovative public school housed on Governor’s Island which offers six career and technical education tracks: marine engineering, commercial scuba diving, vessel handling, marine biology, aquaculture and marine systems technology. Students come to the Harbor School from throughout New York’s five boroughs through a lottery system. And while they are there, they all contribute in some way to the Billion Oyster Project.

And they aren’t in it alone.

The project also includes dozens of other middle schools throughout the region along with researchers, government officials, restaurants and hundreds of local volunteers. Together, they want to establish at least 1,000 acres of oyster reefs by 2030, hosting the billion oysters that would filter the water in New York Harbor every three days. So far, they’ve restored a bit more than one acre.

The goal is ambitious, but it’s shared with such august bodies as the U.S. Army Corps of Engineers in its comprehensive restoration plan for the New York estuary, and should be achievable considering that the area once hosted over 200,000 acres of oyster reefs.

On any given day, a visitor to Governor’s Island can see Harbor School students building “oyster condos,” captaining small vessels, diving and deploying remotely operated vehicles on the nascent reefs and potential new sites, growing oyster broodstock and their plankton food in tanks, and studying the biology of the oysters.

Partners on the project organize for truckloads of “spent shell” to be collected from restaurants in the city so that they can be dumped in the most promising areas throughout the estuary for new reef-building projects, rather than contributing to local landfills. Middle school students at hundreds of other schools adopt local sites where they test water quality parameters and observe newly formed reefs to monitor growth and survival.

Not only are more oyster reefs desirable to support healthier marine ecosystems and feed our appetites, many scientists and coastal planners think that our best chance of minimizing the impacts of future “super storms” and sea level rise is through healthier networks of oyster reefs throughout our major estuaries.

It may be hard to imagine, but there is a glimmer of hope that the humble oyster could again become the ecosystem engineer of a vibrant ecosystem that helps feed and protect the city. Forget the Big Apple. Here’s to the Big Oyster. 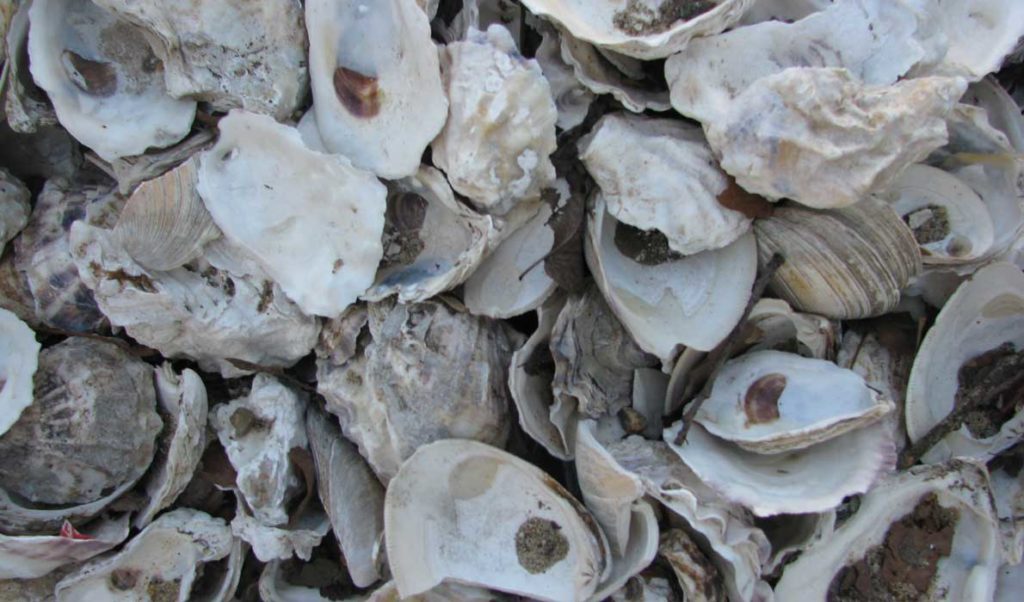