The path Bucksport took from “mill town” to something else—including becoming the planned home of a land-based salmon farm and an annex of Maine Maritime Academy—began more than 20 years ago.

Local government leaders began setting aside funds for the possible “rainy day” that would come if the paper mill closed. In addition to planning for the financial impact of such a possibility, the community also invested in its infrastructure—a waterfront walkway, hiking trails, extensive sports fields, a larger performing arts center, and more.

These community amenities were built during the “mill years,” when Verso Paper operated a facility in town, and they now provide a strong and stable foundation for the community to move forward as it transitions to that “something else.”

Even with the planning that was done, the closure of the paper mill in December 2014 was a significant blow to the community. It cost 279 Bucksport residents their jobs, and reduced the community’s taxable valuation by nearly 40 percent.

As hard a blow as it was, for Bucksport, unlike some other mill communities, it only happened once. Closure was followed almost immediately by deconstruction. There would be no open/close cycle here. That required people to move forward and it provided some sense of closure.

There certainly was a grieving period over what was lost, but in the aftermath, community members stepped forward to find ways to help their town move into a new future. Nearly five years later, they still are working on this goal. There is recognition here that the mill years are gone. But there is also a recognition and a deep respect for the mill years and the foundation that they helped build.

Planning, which has been a long-term key to Bucksport’s success, did not stop with the closure of the mill. Post-mill Bucksport has participated in three significant planning efforts in the past four years, all of which play a different role in helping determine a positive future for the community.

The Vermont-based nonprofit Community Heart & Soul provided the framework for the grassroots input for what residents want for their future; an updated comprehensive plan has provided the nuts and bolts related to community assets and services; and a $200,000 EPA area-wide planning grant, relying on extensive community input, has created a template for development of the former mill site, as well as its connection to the waterfront and a vibrant downtown.

In addition to planning, the community has also been doing. The town continues to invest in its future. Rich Rotella serves as Bucksport’s community and economic development director, a position supported by taxpayers because the town sees the role as key to its redevelopment efforts.

Not only does he work with businesses, but he also works with the various citizen groups in their efforts to help Bucksport. Citizen groups formed since the closure include “Wednesdays on Main,” a weekly summer/fall entertainment venue that brings a wide range of music, food, and fun to Main Street. Main Street Bucksport, patterned after the Maine Downtown Program through the Maine Development Foundation, has emerged and manages four major community events, and advocates for development of the downtown and works to obtain grants and assist other local organizations.

The Bucksport Bay Area Chamber of Commerce continues to work for and with local businesses, hosts numerous community events, and sponsors a thriving and expanding farmers market.

Bucksport’s journey from that dark December of 2014 can best be characterized as forward motion. The community did not wait for help to come from outside its borders, and it did not wait for the former mill site to develop before investing in its future.

The other elements that are spurring Bucksport into the future include the work ethic, commitment, and community spirit of its residents. We never gave up, we never gave in, and we are working together for a prosperous future for our community. 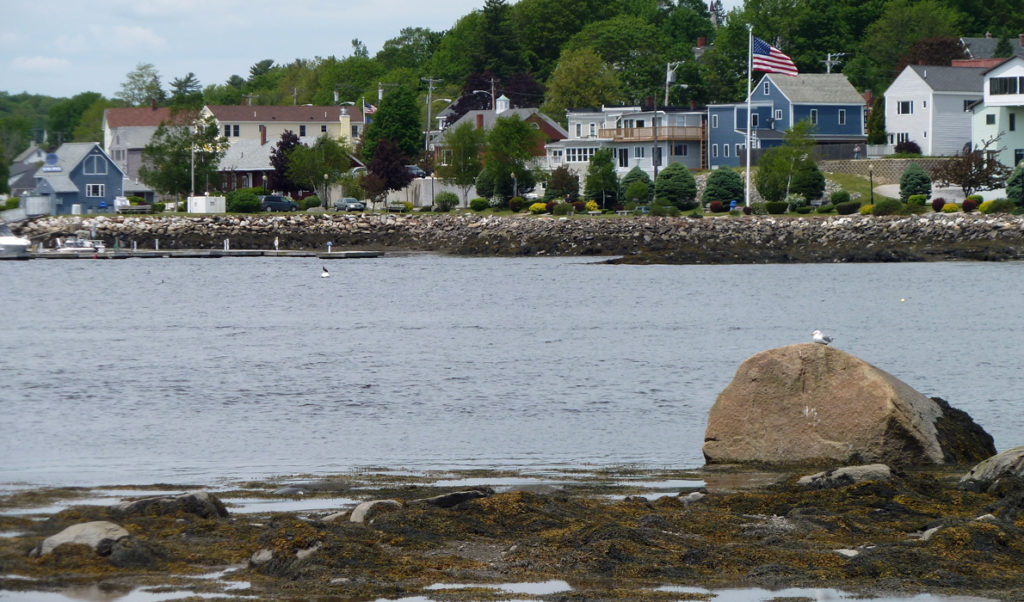