Two Maine organizations dedicated to preserving the past have collaborated to present documentary films in a festival this fall.

The International Maritime Film Festival, set for Sept. 30-Oct. 2, is being hosted by Northeast Historic Film (NHF) and Brooklin-based WoodenBoat Publications. The festival will include short and feature length films, with the screenings at NHF’s 125-seat Alamo Theater in Bucksport.

Brook Ewing Minner, executive director of NHF, said the groups will screen eight films, and by the June 1 submission deadline, had received 26, including several from filmmakers based outside the U.S.

“We were seeing so many efforts at filmmaking in our realm,” he said, and given that boating is “so about motion,” the connection seemed appropriate for WoodenBoat. Murphy hopes to create a traveling reel featuring selections from the winning films to screen at boat shows, a plan inspired by the popularity of the traveling version of the Banff Film Festival.

For Minner, the film festival was a way to help boost Bucksport’s downtown vitality, to “push that creative economy to the front,” especially after the recent closing of the town’s paper mill.

“It’s going to bring people to downtown who otherwise wouldn’t be here,” she said.

The town is a sponsor of the event, and the festival landed a $10,000 grant from the Maine Community Foundation.

The judges choosing the films to be shown are documentary filmmaker Cecily Pingree of North Haven; Veronica Young, also a documentary filmmaker who lives in Blue Hill; Linda Nelson, a founder of the Opera House Arts in Stonington and now assistant director of the Maine Arts Commission; Jon Wilson, founder of WoodenBoat; and John Zavodny of Belfast, a professor at Unity College.

The selections chosen for screening are expected to be posted by mid-August at maritimefilmfestival. com. Tickets, which cost $50 for the entire weekend, may be purchased at the site.

NHF was founded 30 years ago by David Weiss and his then-wife Karan Sheldon in Blue Hill. The nonprofit later purchased the Alamo Theater in Bucksport, which is marking its centennial this year. Weiss retired, and 18 months ago, Minner took over as director.

The group began preserving and copying old films, many of them home movies, typically related to New England. Today, NHF is digitizing its collection from DVD and VHS, and, in limited fashion, accepting home movies to add to its collection.

“We have the largest collection of home movies,” Minner said, and “an enormous collection of northern New England TV news footage.” Maine Public Broadcasting Network donated its TV archives to the organization. Members at the $35 or higher level are able to borrow from the film library.

“It really is a powerful way to showcase our mission,” Minner said.

The Alamo has hosted special film events drawing from the collection organized around themes, she said, and NHF has begun doing “road shows” in other communities, showing films relating to the host town.

WoodenBoat was founded in 1974 by Jon Wilson to help preserve the art and skill of building wooden vessels as fiberglass began to dominate the industry. Murphy said since those early days, “We really try to be forward-thinking in wooden boats,” with focus on new technology such as cold-mold and other methods.

WoodenBoat’s history will be featured in a film about founder Jon Wilson that came in after the submission deadline but “was too good to pass up,” Murphy said. It won’t be eligible for an award, but Jon Wilson: The Restorer’s Journey explores Wilson’s boat work and his more recent efforts in working at restorative justice, mediating between violent offenders and their victims.

Another late arrival is Vanishing Sail about the loss of traditional boatbuilding in the Lesser Antilles.

Minner and Murphy hope to make the festival an annual event.  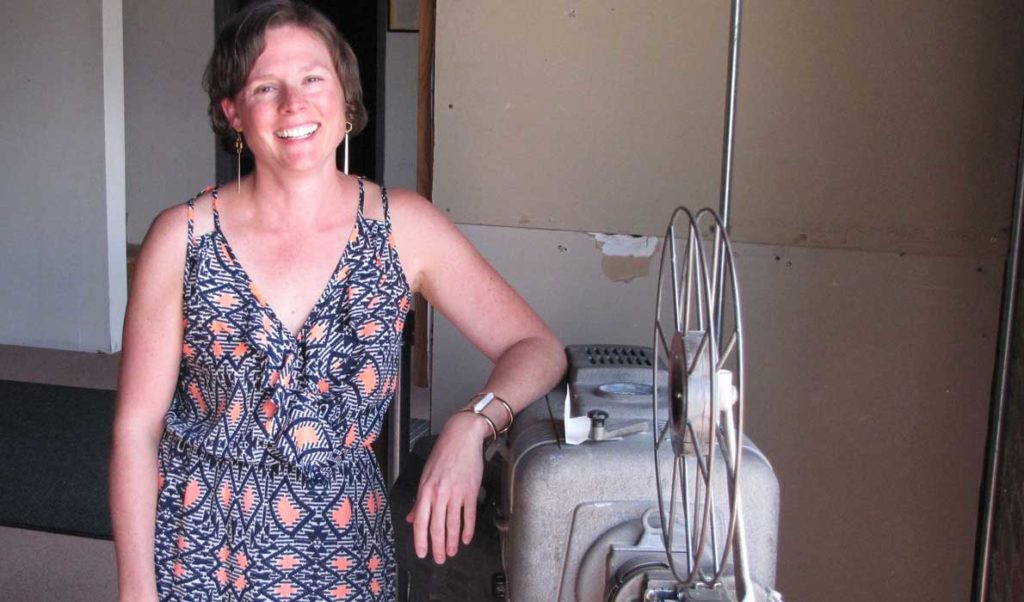