NORTH HAVEN — Frustrations are mounting for all involved parties as the Pulpit Harbor Bridge renovation, scheduled to begin in January, has been postponed for at least a year, according to Maine Department of Transportation senior project manager and project engineer Michael Wight.

After acquiescing to community concerns over a proposed one-lane bridge in 2014, a new plan to renovate the existing structure was submitted to abutting land owners this summer.

“What they’re proposing here will look like a highway bridge at the top of one of the most picturesque harbors in this part of Maine. It seems out of character and scale with this place,” Nichols said.

North Haven Conservation Partners is an abutting land owner, and portions of two parcels of its land will be taken by the DOT for right of ways as part of the bridge renovation process.

Wight expressed surprise that aesthetic concerns were brought up late in the process.

“Folks do care about the look of bridges, but it’s kind of surprising that aesthetics weren’t brought up at two earlier meetings,” he said. “We had an initial public meeting and a meeting in July 2014. We just found out about this very recently.”

William Trevaskis, North Haven’s first selectman, said the bridge design was submitted to the town after abutting land owners saw it and responded with concerns.

“I knew there would be push back because of the nature of this community,” he said. “They’re interested in preserving the aesthetic of its waterfront, its infrastructure and that sort of thing.”

Trevaskis said the proposed rip rap and concrete package, and the necessity of raising the deck of the bridge two or three feet, stood out as possible points of contention.

“Those were the things I saw and immediately said ‘Oh, people aren’t going to like that one,'” he said.

Wight said design choices were made based on the bridge’s repair needs and in the interest of cost effectiveness.

“With the existing bridge, the biggest concern is the condition of the piers. They’re in what we call serious condition with a rating of three, based on a rating system of nine to zero with nine being excellent,” he said.

The current design calls for the piers to be removed and replaced. Wight said the pile of granite supporting the bridge also was a concern.

“The pile of stones is not mortared or pinned together, stones have settled, stones are missing.” Wight said DOT aimed to eliminate the bridge’s 12-ton load posting and to exchange the current floor beams, which he described as “fracture critical” and said required more regular and costly maintenance, for a more efficient style.

At the meeting, Wight and other DOT representatives said they would consider addressing aesthetic concerns through selecting an appropriate look and material for the bridge rail and painting the bridge to community specifications, but the decision was made to postpone progress.

“The people that had the complaints decided they weren’t going to talk anymore and they said, ‘Just come back with another plan,'” said Dick Witherspoon, a year round resident and one of the abutting land owners. Witherspoon said as long as the bridge design allowed boats to easily travel under the bridge, and the bridge was safe, he was unconcerned with the aesthetics.

Safety is the board of selectmen’s primary concern as well.

“What I said at that meeting is that the only thing the town is concerned with is the safety of the bridge, of course, and the project timeline ending by Memorial Day,” Trevaskis said. “When you add those extra design elements to that you get extended time to do that and we can’t do that here, we need our bridge by May.”

Wight said if the design could be finalized soon, the new timeline would extend from January until May of 2017.

In an email to town officials and concerned individuals announcing the decision to delay the bridge renovation, Wight said the design process going forward could include a community advisory committee.

“They said they were going to raise the bridge up a couple of feet and that would help that hill in the winter time and how slippery that gets,” Witherspoon said. “Some people said it just looks like a highway bridge and well that’s fine, hopefully it’s strong enough to hold some things.”

“I think aesthetic is a major portion of the economy, so we don’t want to take it lightly,” Nichols said.

Trevaskis said compromise would be necessary for the project to be successful.

“One of the big concerns we all have is that there’s a divide going on where it’s summer people vs. year round people and the board’s goal right now is to quell that,” he said. “We’re going to try to build a safe bridge in a timely fashion that people like.”

Editor’s note: The writer is married to William Trevaskis, who is quoted in this story. 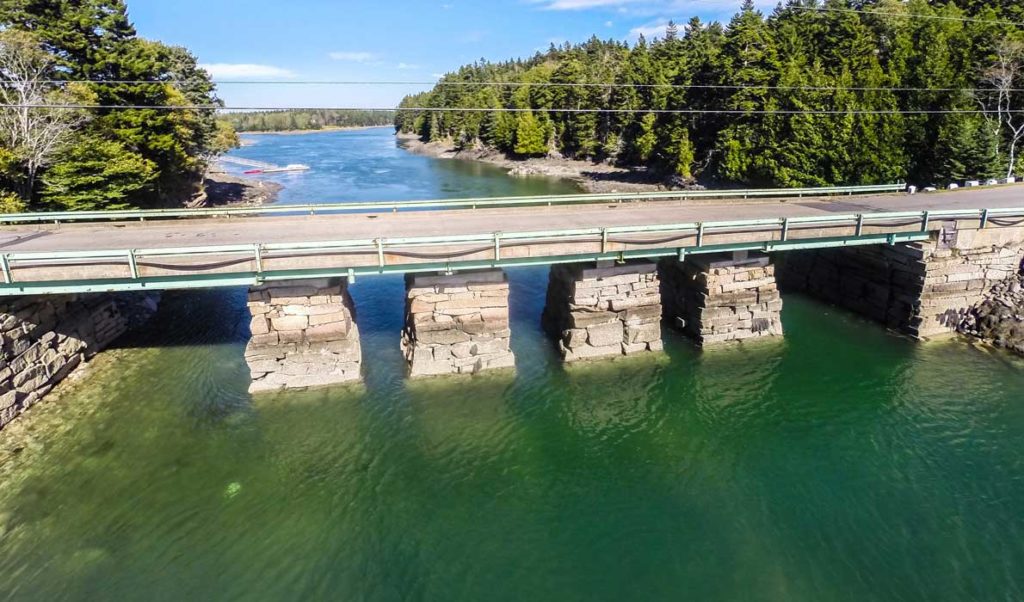