I’ve always loved little spaces I could make my own. When I was a kid, maybe 13 or so, I lived for a while in a box a refrigerator had come in. I laid it on its side in the upstairs hall and filled it with all the belongings I’d need for the long haul.

I had a sleeping bag made up on one side, and a little lamp and table (from a smaller box) just beyond my pillow. On the other side I had fashioned some shelves from another discarded box. Some were narrow and held things like books and another was deeper and held clothes.

I also had a cooler way up at the end next to my table lamp. It held food and water and my toothbrush and stuff like that. I only had to leave the box to go to school, get food from the kitchen to stock my little home and go to the bathroom.

I had positioned my box home so that the end whose flaps were loose was against the window. I knotted a rope and closed the window on it with the knot outside. Each time I retired to my box—every day the very moment I got home from school—I would grab the loose end of the rope and pull my entire home up against the window like a turtle. The result was that the top half or so of my end opening was above the window sill letting in light and, if I wanted it, fresh air, and my little home was secure from intrusions from the outside world such as my three younger brothers.

I had anticipated trouble from them, and sure enough, one day trouble came. Through one of the little flip-up peep holes I’d strategically crafted here and there, I saw Dick sneaking down the hall toward my castle. He was carrying a little cup of water and scissors evidently thinking he could… well, you get the picture.

He poked the scissors gently through the top and began to softly saw away a tiny hole big enough to pour the water through. Unfortunately for him, it was also big enough for me to shove through the nozzle of my can of ant and roach killer.

For a while, I naively entertained the hope that his screaming, downstairs and nearly out of earshot, would last forever. That would have been OK since it would mean my mother would be occupied in perpetuity. But after the doctor left, she was up there in a flash.

I could see her coming at my southwest rampart and her hands were not on her hips. I liked to see them on her hips because it meant she was going to reason with me.

But they weren’t on her hips; they were pumping, giving her momentum, so that by the time she reached for my little nest, only recently tidied up and put in order, she had gathered quite a head of steam.

There was none of the usual talk, as she dragged the box away from the window, about waiting until my father got home. There was no reference to him at all except in the context of having him clean up the mess that used to be me. It’s a testament to the structural integrity of that box and to my having reinforced it with several rolls of packing tape that it really wasn’t damaged much at all when it reached the bottom of the stairs.

If duct tape had existed then I’d be in there still.

Phil Crossman lives on Vinalhaven with his wife Elaine where he owns and operates the Tidewater Motel. His latest book, Observations, collects some of his columns as well as news bits from Vinalhaven’s The Wind newspaper. 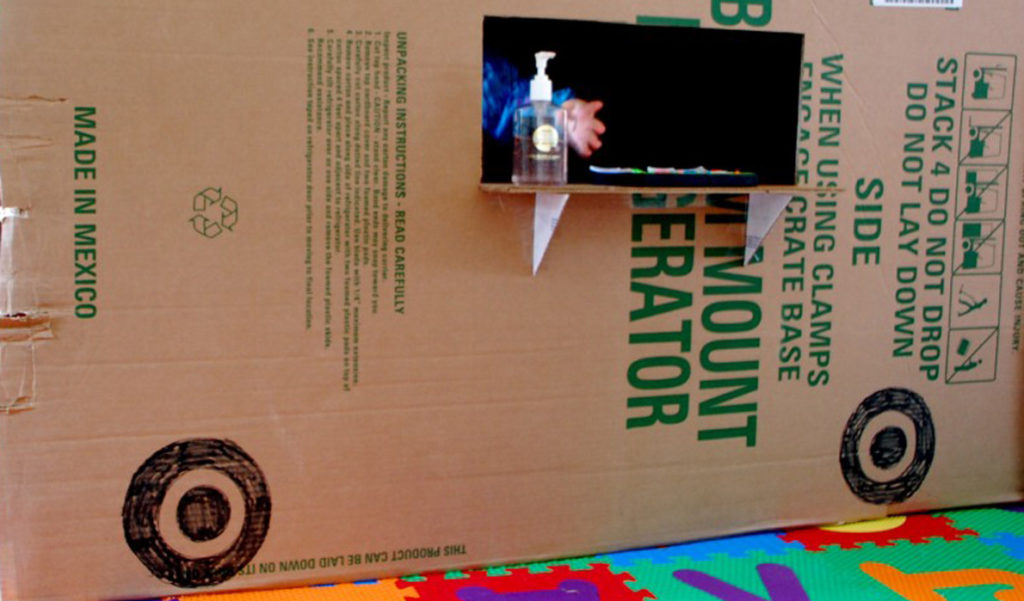