For nearly 150 years the Casco Bay islands of Peaks, Long, Little and Great Diamond, Cliff, and Chebeague have been served by numerous ferry lines which, by 1920, had coalesced into Casco Bay Lines.

Prior to 1982, Casco Bay Lines was a privately-owned company operating passenger boats from Custom House Wharf, and the Peaks car ferry from Portland Pier. Due to mismanagement and, some would argue, greediness on the part of the owners, the company was about to go belly up, thereby leaving islanders with no ferry transportation to Portland.

Clearly, that mission is no longer being met as originally intended.

For many years, the elected governing board has been somewhat of a “closed” entity, and there has been little communication with the people it is supposed to serve, and little input from islanders on projects that are supposed to improve transportation to the islands. Most people find it nearly impossible to attend a 7:45 a.m. CBITD board meeting.

The planned new Peaks boat is a prime example of the lack of communication between CBITD and islanders. For some time, there had been talk about the need for a new boat. I, like many islanders, was stunned to hear that it is to be a 600-passenger ferry that also takes many more cars than the current Machigonne. It seems that the board and the Vessel Advisory Committee have not considered the impact that such a large boat would have on Peaks and, by extension, the down-the-bay islands.

So, how can we counter this new boat project that serves only to make our daily lives more challenging?

We cannot prevent daytrippers from coming. The Maine Office of Tourism markets Maine all over the U.S. and Canada. Its marketing materials invite people to visit Portland and the beautiful Casco Bay Islands. Additionally, many Maine travel guides direct people to Portland/Casco Bay and often recommend taking the ferry to Peaks, as do the travel sections of major out-of-state newspapers.

One thing we can do is rise up as a united group and demand that the CBITD board opens the lines of communication with the people it was elected to serve. We deserve a clear and detailed explanation of the need for a new boat; how the design process has progressed; and how the project will be funded.

Is the design a done deal or is there time to revise the design based on input from islanders? Has a contract been awarded to build the boat?

The comments I’ve made here reflect my personal views of how the CBITD board functions. They in no way reflect my views of the crew and frontline staff who provide efficient day to day service to the islands.

Kim MacIsaac is a lifelong resident of Peaks Island. She has researched, written, and lectured about Peaks Island history for nearly 40 years. 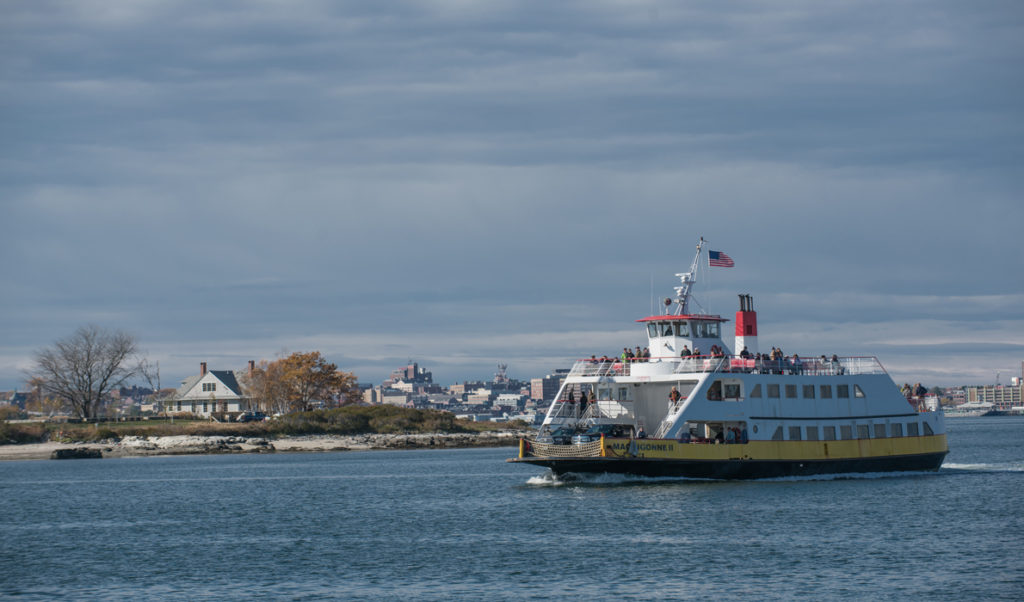 The Machigonne II near Peaks Island.