After retiring to Martha’s Vineyard in 1972, William A. Caldwell wrote a weekly column for the Vineyard Gazette called “Reflections of That Man Friday,” now skillfully edited into a book by islander Tom Dunlop. For 40 years prior to Vineyard life, Caldwell had been a reporter and editor in Bergen County, N.J., garnering a Pulitzer Prize for his daily column in The Record.

How did Caldwell write his Gazette column so darn well for the next 13 years? He used phrases that would elsewhere sound a tad corny, or, dare I say it (as he might put it), quaint.

He had a way of making his tongue-and-cheek, droll observations of everyday experiences—even chores like lugging in the outdoor furniture or winterizing the boat—into an opportunity to ponder the quirks of human nature, to marvel and to poke fun at oneself.

One of his nuggets of lessons learned after a first full year on the Vineyard: “When an island craftsman tells you he’ll be along to finish that job in the spring, you’d better ask him which spring.”

And, a theme throughout, he is awed by the humbling power of nature, whether a rip-roaring gale tearing shingles off roofs or the miracle that earth doesn’t spin out into the abyss of deep outer space.

During one winter’s day, he writes, “For the loneliness and unfocused anxiety, the smug indifference to the environment, the dreary boredom of life in the technological society, the sovereign cure is a well-organized New England storm.”

The word that comes to mind for how Caldwell observes people, nature, and much more is: bemused.

As for an answer to a predictable question often posed to year-round island dwellers, he writes, “I shall prepare a little leaflet telling people what it’s like in the wintertime. I’ll get a couple of hundred copies printed … and store them in the glove compartment, and whenever I am asked the summerlings’ favorite question, I shall hand him a copy.” He adds that after the challenges of an island winter, it really is “a little bit of heaven.”

Caldwell ponders evolution while pumping out his sailboat and looking at a horseshoe crab (that isn’t actually a crab) and writes, “I need to know why a song sparrow elects to perform hits from the Italian masters hour after hour when the species would be as well protected if it said caw or This Property Protected by the West Tisbury Police Department.”

Caldwell is never disdainful or holier-than-thou toward off-islanders, who swell the Vineyard’s summer population and tie up traffic and more. He writes of them with irony, never rudeness, and only wishes for better manners all around (no beer bottles tossed on lawns, for example). Off-islanders make him, he says, appreciate his beloved adopted environs even more. Oh, and they ensure there’s work on the island.

In the foreword, his daughter, Alix Caldwell McArdle, writes, “I do not know why writers write. I do not know why my Pop wrote. But these Vineyard Gazette columns give me the best hint. It is to bear witness … I think he writes to tell us: This happened and this is perhaps why… and if we go out and observe carefully…we will have borne witness perhaps to something extraordinary. That thunderstorm, the dying goose, the young woman with the red towel on the departing ferry­—all commonplace events providing big life lessons in tiny vignettes.”

Editor Dunlop writes that when he was away from the Vineyard and read Caldwell’s column, “He reinvented Martha’s Vineyard for me … helped me to understand why I always returned whenever I was away, and why I lingered whenever I was [there].”

Anyone who loves the coast, especially in New England, will sink into this book like a favorite porch chair.

Linda Hedman Beyus is a Connecticut-based writer and editor. 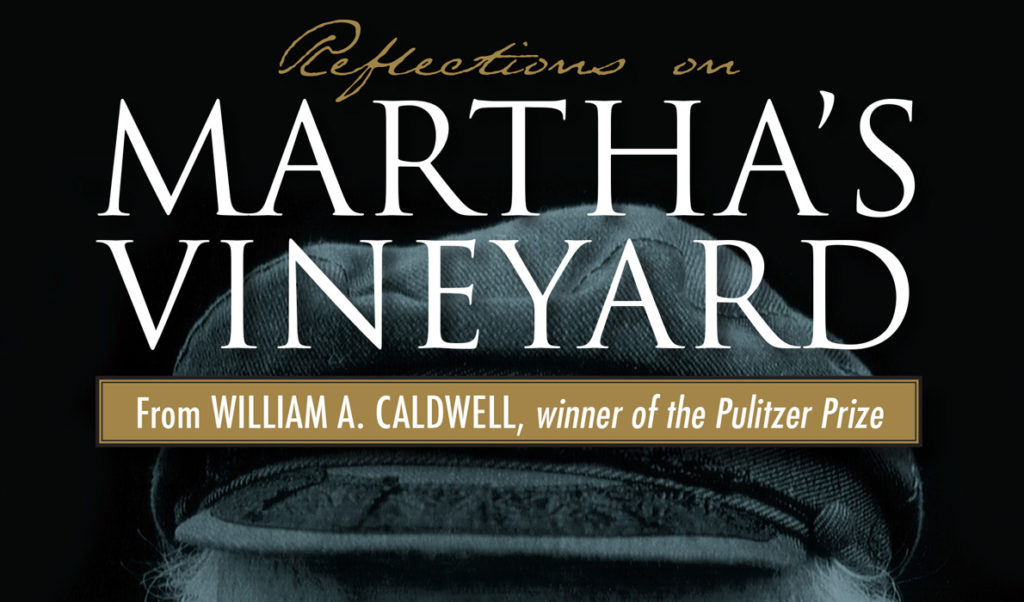