A years-long negotiation with the Belfast City Council has resolved, allowing the high-profile waterfront business Front Street Shipyard to expand onto city property.

Front Street Shipyard, established in 2011 on the waterfront where the former Stinson Seafood once operated, now employs 90-plus. The company’s niche has been servicing large yachts, but more recently, it’s begun building vessels.

By all accounts, Front Street Shipyard is thriving. The company is a joint venture of the principal owners of Rockport Marine, Brooklin Boat Yard and the Kenway Corporation of Augusta. Four years ago, it purchased the Belfast Boatyard property on the harbor.

The expansion to a city-owned parking lot was first discussed three years ago. More recently, the company has linked its need for more space to a partnership with the Norwegian firm, Brodrene Aa, to build ferries from a carbon-fiber composite.

“We’d be the first carbon-fiber ferry makers in the United States,” said company president J.B. Turner. He expects to add another 40 jobs with the expansion.

The city-owned parking lot is flanked by the company’s buildings. The lot was built on land—about a half-acre—that once was occupied by the former city-owned Belfast & Moosehead Lake Railroad.

The shipyard is buying the land for $600,000, with the purchase financed by the city at 4 percent interest over seven years.

The plan is build a 22,400-square-foot steel-sided shed, similar to an existing building on the site, but this one would be higher, with the roof 70 feet over grade. The construction budget is almost $4 million, Turner said.

“The whole purpose is to be able to drive the big travel lift into it,” he said of the new building.

The shipyard purchased a 485-ton lift three years ago. Turner said the company is currently working on a 126-foot long power vessel and a 122-foot-long sailboat, and the new building would allow that work to be done inside, rather than out in the yard.

“We’re getting calls, more and more,” for such large vessels, he added.

The ferry construction would be done in an existing building, which the shipyard plans to retrofit.

Work on the new building could begin soon.

“We’re hoping to start on the first of July,” Turner said, and complete it by January. Work on a like-sized building on the site was begun in summer and wrapped up by December, he added, so the construction schedule is not overly ambitious.

The project won city planning board approval 18 months ago, he said, but a deal for financing took time. In addition to the city, the company secured loans from the the Small Business Administration, and the Brunswick-based CEI (Coastal Enterprises Inc.).

“Everybody seems to be happy the yard is here and doing well,” Turner said. 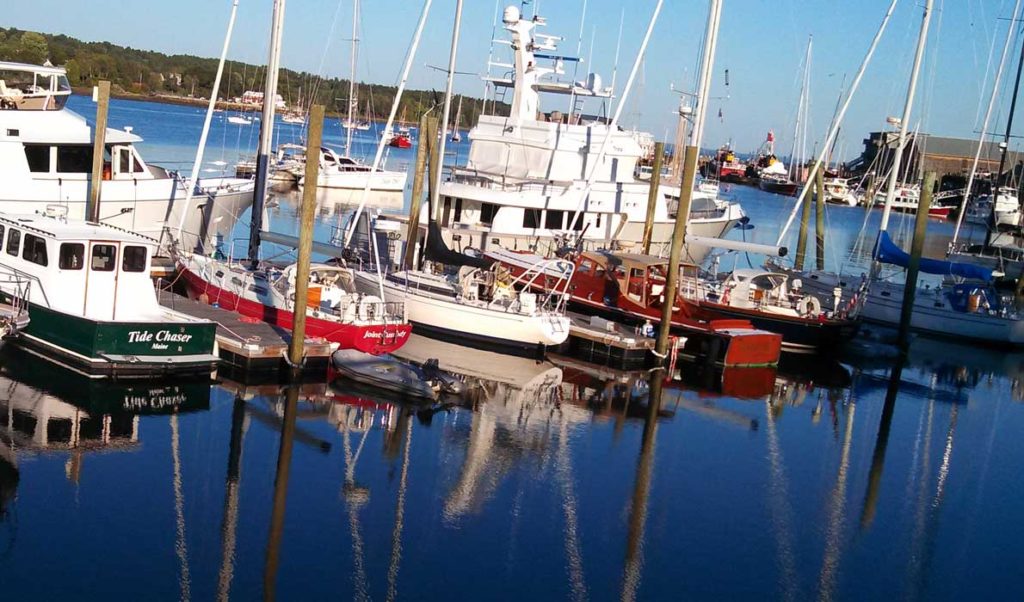