ISLE AU HAUT — When the town took over ownership of Isle au Haut Light in 1998, the selectmen made a pledge to residents never to use taxpayer money in its upkeep. The town formed a lighthouse committee that raised $62,000 for a restoration of the lighthouse tower that was completed in June 1999.

Sixteen years later, though, the tower is in dire need of structural work, according to Jeff Burke, chairman of the lighthouse committee. In addition to the repair work, the committee is looking to replace the fog bell that originally accompanied the light.

“It was built specifically for fishermen, so it’s quite a symbol of the fishing community,” he said.

In fact, fishermen’s safety was the reason listed as the purpose for building the light and fog bell in the legislation funding the project. Isle au Haut Light was built on Robinson Point in 1907. It is a brick tower on a granite base, a total of 40 feet high, situated slightly offshore. It was the last lighthouse built in the state of Maine.

“We wanted to deal with the bell 20 years ago,” said Burke, “but we didn’t have the resources back then.”

The repairs necessary to the tower, including repointing the entire granite foundation, repairing the crumbling brick tower and replacing steel girders, will require scaffolding around the entire building, from the water to the top. It seemed the perfect time to include the beam necessary to replace the fog bell, Burke explained.

Because Isle au Haut Light is on the National Register of Historic Places, the State Office of Historic Preservation will be overseeing the entire project. This also means that renovations will come with a higher price tag than they might if it were a modern building.

The lighthouse committee just completed an island-wide fall fundraising appeal. According to Burke, approximately $15,000 toward what could be a $130,000 price tag was raised for this first stage of the renovations. A second stage will include updates to the lantern room. The committee plans to look into grants as well as try some crowd-funding next summer for this part of the project. In addition, the Triathlon Committee has pledged next summer’s proceeds to the lighthouse fund.

“It’s going to take a while,” said Burke. “We’re trying to diversify. The fog bell is special to the appeal, it sets us apart.”

The committee is currently searching for a bell that will fit the specifications necessary for this project.

“It’s a big bell,” Burke stressed, specifically, 42-inches in diameter and 1,200 pounds. The original fog bell featured an elaborate, mechanically operated striking clapper that had to be hand-cranked. According to Burke, the keeper’s children used to do that. (Burke is also currently working on a history of the lighthouse and its keepers.)

The U.S. Lighthouse Service removed the original bell in 1934.

Burke said the original bell’s location is unknown and no records of it have been found. Many such bells were taken to a scrap yard in Boston.

Burke hopes the first phase of renovations—fixes to the tower and replacement of the fog bell—will be completed in 2016, with the bell as the jewel of Isle au Haut Light.

“The fog bell is visually incredible,” said Burke. It’s “going to be iconic because it’s based on the fishing tradition of the coast.” 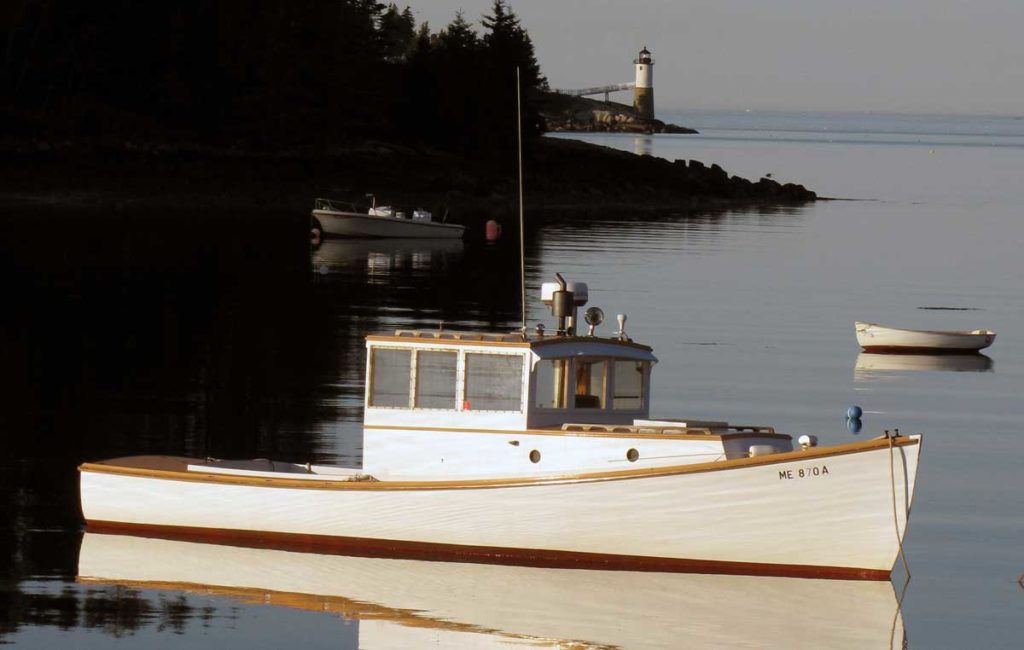