Last summer, beachgoers and mariners along the coast of Maine reported dense aggregations of jellyfish—mostly lion’s mane and moon jellies, with reports of salps later on in the year. The gelatinous critters bothered swimmers, clogged bilge pumps, gummed up lobster traps, and fascinated ocean geeks like me.

There were a few speculated reasons for the outbreak, from warm waters to changes in currents, but scientists haven’t pinpointed the cause. Now, with the promise of summer upon us, some are asking whether we should expect to see these gooey nuisances again this year.

Maine is not the only place where people are asking this question. In many of the world’s oceans and seas, gelatinous zooplankton (a.k.a. jellyfish) are becoming more common or are taking over altogether. In the Black Sea, an invasive comb jelly played a role in the collapse of fisheries there. In Northern Ireland, a bloom of jellyfish 35-feet deep washed through a salmon farm, suffocating 100,000 fish. For many years now, jellyfish have been shutting down nuclear power plants by clogging cooling intakes.

These observations have led to what is called the “Jelly Ocean Hypothesis”—the possibility that gelatinous zooplankton are gradually taking over ocean ecosystems worldwide.

The Jelly Ocean Hypothesis is just that: a hypothesis. Scientists still debate its veracity. There is a scarcity of data when it comes to jellies. We do know a bit about these amazing and otherworldly creatures.

Turritopsis, for example—the “immortal” jellyfish—can theoretically live indefinitely by reverting to immaturity. Hippopodius can become invisible, and then reappear in solid white or flashing colors. Doliolids are truly weird: when their bodies die, their genitalia detach and swim away, on a quest for mates.

Despite these interesting discoveries, there is not much long-term data on jellies, especially in coastal Maine. That makes it difficult to answer the question: are jelly oceans coming to Maine?

In Chesapeake Bay, scientists have developed a forecast for sea nettles—a nasty, stinging species of jellyfish. With more resources, we could gather data on jellyfish here in Maine and possibly even design a jellyfish forecasting system for our own beaches. Unfortunately, funding for the few surveys that sample gelatinous species in the Gulf of Maine is being cut. Meanwhile, we are already receiving reports this year of jellyfish from Southern to Midcoast Maine.

Last week, my colleague at Bigelow Laboratory in East Boothbay pulled up a stalk of budding jellyfish in a sampling net—a sign of a growing population. In lieu of funding for a scientific survey, we would like to be able to monitor for jellyfish outbreaks in other ways. As a start, my group at Bigelow Laboratory is trying to gather information from the public. If you encounter jellyfish along the Maine coast this summer, please send along a description (or better yet a photo) plus the location and date of your encounter to the email address below. We will do our best to monitor and track any outbreaks this year, and with enough contributions, we may be better poised to predict outbreaks in the future.

Include: date, time, location, and a description or photo

You can also tweet your sighting with the hashtag #MaineJellies. 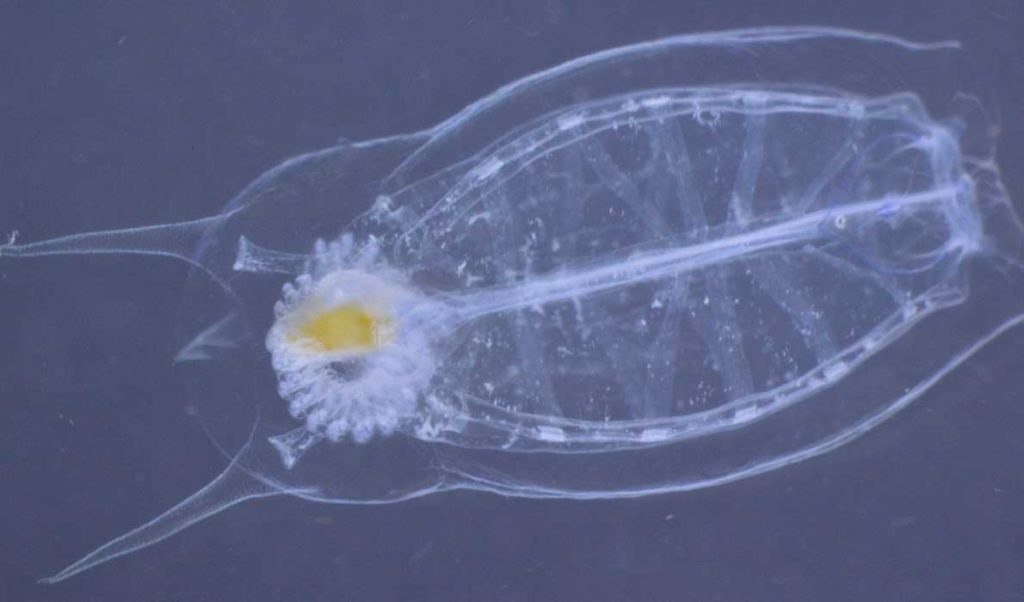