In June, Bar Harbor voters will be asked if they want to purchase the former ferry terminal from the Maine Department of Transportation for $3.5 million.

If they decide to buy it, they’ll then have to decide what to do with it.

After public hearings, the  town council’s Ferry Terminal Property Advisory Committee recommended the outright purchase of the property for the purpose of building a multi-use marina with tender boat landings from cruise ships, as well as a transportation hub.

The idea is to have a second cruise ship facility in order to split the flow of passenger traffic arriving onshore, while also offering opportunities for other types of users such as fishermen and tour boat and ferry operators, plus have parking and staging opportunities for users like tour buses.

Bar Harbor is Maine’s top cruise ship port. For 2018, the town expects to receive 178 cruise ship visits, accounting for 229,758 passengers. Three ships per day are common throughout the season, which lasts from late April to early November. Those numbers have been on a steady incline—up from 165 scheduled visits in 2017 and 121 visits in 2016. On cruise ship days, the waterfront and downtown are packed with visitors tendered in from ships at anchor to the town’s wharf, which is along a downtown waterfront that’s packed with tourboat, shopping, and restaurant activity.

It’s been great for business. But residents are concerned about congestion destroying this small town’s character.

Overall, residents at public  hearings said they wanted to keep the terminal in public hands, liked the marina concept, and liked the idea of moving ships away from the town’s center. But they were concerned about increases in traffic along Eden Street and wanted to avoid increasing peak visitation.

In November, the committee hosted an overflow crowd to get public input. Many residents said they want to keep Bar Harbor from becoming more dominated by cruise ship traffic than it already is. An outright purchase, some said, would allow the town to control what happens at the facility.

But others were concerned about exacerbating traffic on Eden Street, already the busiest road in the area.

The consensus to purchase the property outright came as a surprise to the committee.

“One the things that’s been interesting about this process is, for a community that’s generally extremely fiscally aware and prefers to do things with the lower dollar value, the remarkable support for buying the property at the higher cost with no strings attached has been a completely unpredicted aspect,” said Chairman Ruth Eveland. “We’ve been floored.” 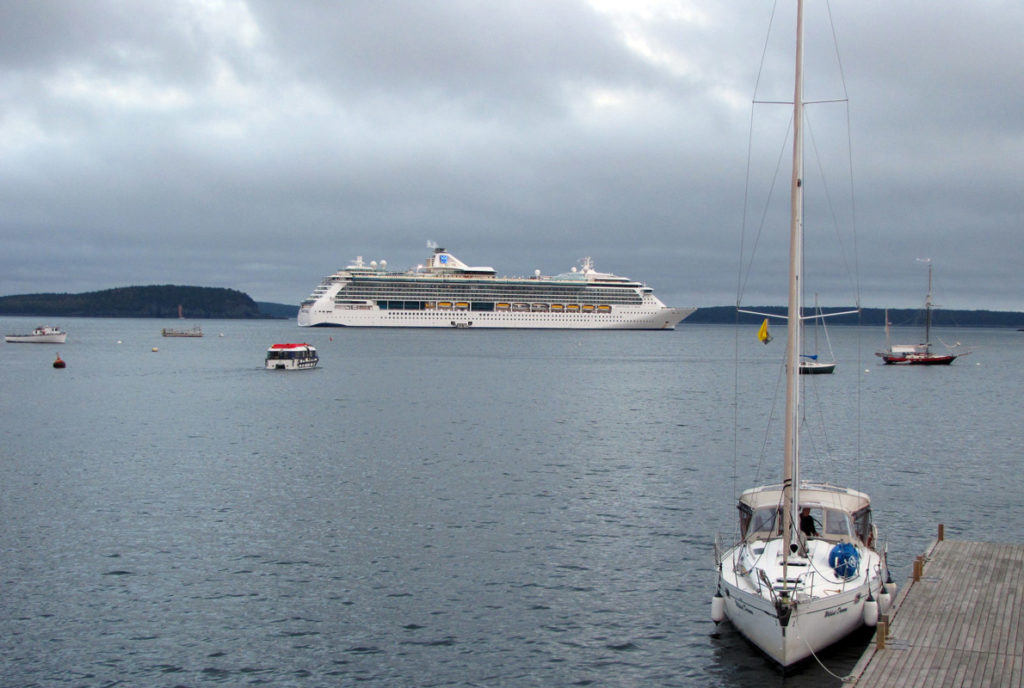 A tender carries passengers back to their cruise ship from Bar Harbor's town landing.