Buying a painting is like buying a new lawnmower. Or at least that’s what John Ames once told me.

When it comes to explaining art, John is one of the most articulate people I’ve ever met. Back in the mid-1980s through mid-1990s, he ran Gallery 68 in Belfast. The gallery showed work that was both exciting and accessible, a rare combination. And John had a knack for showing paintings that sold. He left Belfast about 20 years ago, and he and his wife now operate Ten High Street Art & Antiques in Camden.

Back in those days, Belfast had a vibrant arts scene. It was a big deal when Maine Times arts writer and critic Edgar Allen Beem declared, circa 1989, that the city could credibly be described as the arts capital of Maine. That title more aptly belongs to Rockland these days, but Belfast still has a creative character, one of the many reasons I am happy to be living there.

Back when I knew John, I was responsible for editing the arts pages of the Republican Journal, the Belfast weekly newspaper. Writing a 750-word feature story about an artist and his or her two-dimensional pictures was daunting. Even more daunting was trying to write a review—how did I know what was good, mediocre, or bad art?

When Gallery 68 opened a new show, I would make an appointment with John, and he’d walk me around the gallery, holding forth on what was going on in each painting, what themes the artist was exploring, what was particularly well-executed. I’d madly scribble down his observations in my reporter’s notebook, hoping I’d be able to read them back at the office and use them to craft a coherent story about the show.

All these years later, I still remember John telling me that buying a painting was like buying a new lawnmower. My face probably was frozen in an expression both quizzical and panicked as I waited for the explanation I hoped would follow.

No one needs a painting, he said, and often, no one needs a new rider lawnmower, for example, if the old push model still does the job. But the new mower—and painting—can make life nicer, he said.

The owner of a painting has an ongoing, evolving relationship with it, John explained. Each time you walk by it, you might find pleasure in it, just as you would in the view from your window.

Art enriches life on a basic, visceral level. Art doesn’t live in the academic or even in the creative realm, is what I think John meant. Just like the lawnmower, anyone can be glad to have it.

I was reminded of this while listening to Peter Korn, the keynote speaker at the Island Institute’s Artists & Makers Conference on April 6. Korn established the Center for Furniture Craftsmanship in Rockport more than 25 years ago, a nonprofit that offers intensive, months-long classes in building handcrafted, fine furniture.

Korn talked about the people who pay a lot of money to take their woodworking skills to another level at his school. “None of these people come to Maine to build a little dovetail, hardwood bench.” The pay-off is not taking home the furniture, but rather the experience, which provides “some sort of meaning and fulfillment.”

I often defend the arts by citing its value to our coastal economy. Indeed, people do buy the fine art and crafts at our store, Archipelago, recognizing their beauty as superior to mass-produced products. But I’d overlooked something important—pursuing art and craft as a creator is to connect with a sublime part of being human, and it needs no dollars and cents defense.

If John will indulge me in stretching his metaphor, it could be the same satisfaction we feel after mowing our lawn in nice, orderly patterns, is what comes in building a hardwood bench. 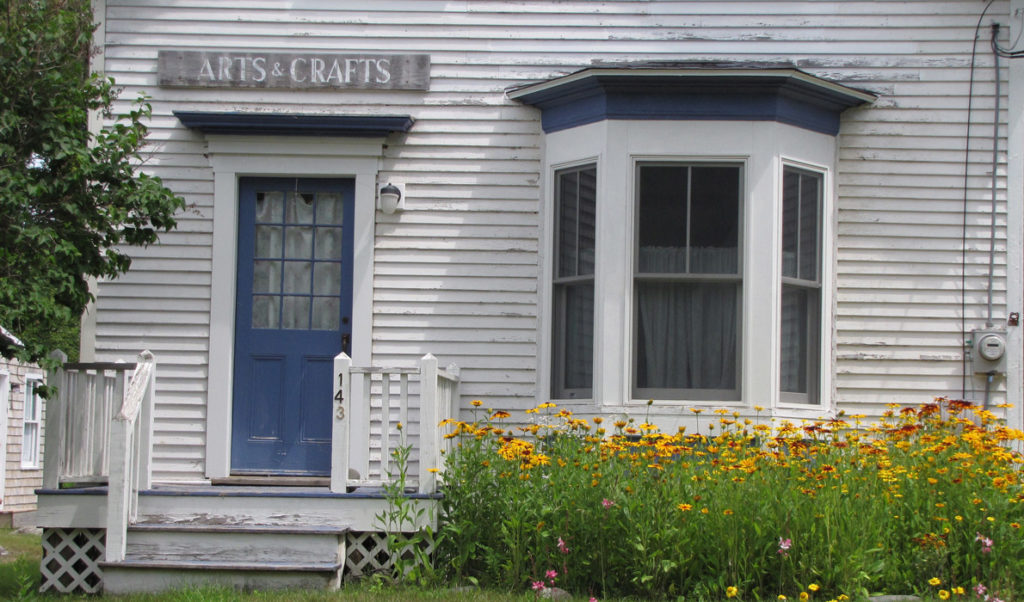