Receding ice in the Arctic is the dramatic, even shocking result of climate change, climatologists say. But despite what may be understood as environmental catastrophe, open waters in the previously ice-bound region present opportunity.

Those opportunities include new shipping lanes, oil and gas exploration and even tourism.

This year, the U.S. assumes the leadership role of the Arctic Council, a group that includes representatives from Canada, Denmark, Finland, Iceland, Norway, Russia, Sweden along with the United States.

And in a related development, Sen. Angus King, I-Maine, has called attention to the region by forming the Arctic Caucus in the U.S. Senate with Sen. Lisa Murkowski, R-Alaska.

King was a guest on the April 9 edition of the Maine Public Radio program “Maine Calling,” discussing the region.

“As far as Maine is concerned, the most immediate opportunity is shipping,” King said. Shipping to and from Asia via a northwest passage “is a huge savings in time” over using the Panama Canal, “and therefore, money,” he said.

“It’s as if the Mediterranean Sea had just been discovered,” King said. “It’s a huge body of water.”

The region also holds the potential for geo-political conflict, King said. Canada and Russia are the nations adjacent to the Arctic, and Russia recently conducted military training operations there, he said.

The senator advocates developing better relations among the nations in the Arctic Council to help resolve any conflicts and to settle on boundary lines. But since the U.S. is not a signatory on the Law of the Sea Treaty, King said, its ability to define those boundaries is limited.

Another limitation for the U.S. to effectively use open Arctic waters is that it has “just one heavy icebreaker and one medium icebreaker,” while the Russians have 17.

“I think it’s something that could have substantial benefits for Maine,” King said of the changes in the Arctic.

Patrick Arnold, director of operations and business development for the Maine Port Authority, also a guest on the radio program, said shipping via the Arctic currently “is very much seasonal, limited to a two-month period, in the late summer, early fall.”

The freight moving on the route tends to be bulk, he said, such as petroleum products or iron ore. But container shipping using the northern route could develop further, realizing savings of 20 percent to 30 percent, Arnold said.

“That’s just beginning,” he said. Consistent access through the Arctic is about ten years away, he added.

“Ships and ice and fog simply are not a good combination,” said MMA professor Ralph Pundt, who is charged with developing the new course. He said fog is regular feature of the environment there.

Pundt, also a guest on the show, said new standards go into effect for mariners traveling to the Arctic in 2017 and the MMA course, along with U.S. Coast Guard training, is designed to meet those rules.

Eimskip, the Icelandic shipping firm that now operates from Portland, offers Maine the company’s existing connections with Iceland, Greenland and the parts of northern Europe near the Arctic, Arnold said.

Though the economic opportunities through new shipping routes represent a silver lining to the otherwise dire climate change news, the Arctic environment remains fragile, and could be further threatened by more human activity.

Patty Matrai, a senior research scientist at Bigelow Laboratory for Ocean Sciences, began visiting the Arctic in the late 1980s, she said on the radio program, including two trips to the North Pole. Sea ice, of varying thickness, is common in three seasons, she said.

“The major change is happening in summer,” Matrai said. “The sea ice is thinner.” Air temperature is rising during all seasons, but when it rises in the winter, it has the most lasting effect, she said.

“There is a lot more fresh water on the Arctic. There is a very large ‘lens’ of fresh water right now,” which is working its way south, eventually raising the fresh water content in the Gulf of Maine, Matrai said.

King acknowledged concern over the environmental impacts of exploring and using the Arctic region. Emissions that leave soot on the ice could accelerate melting there, he said. 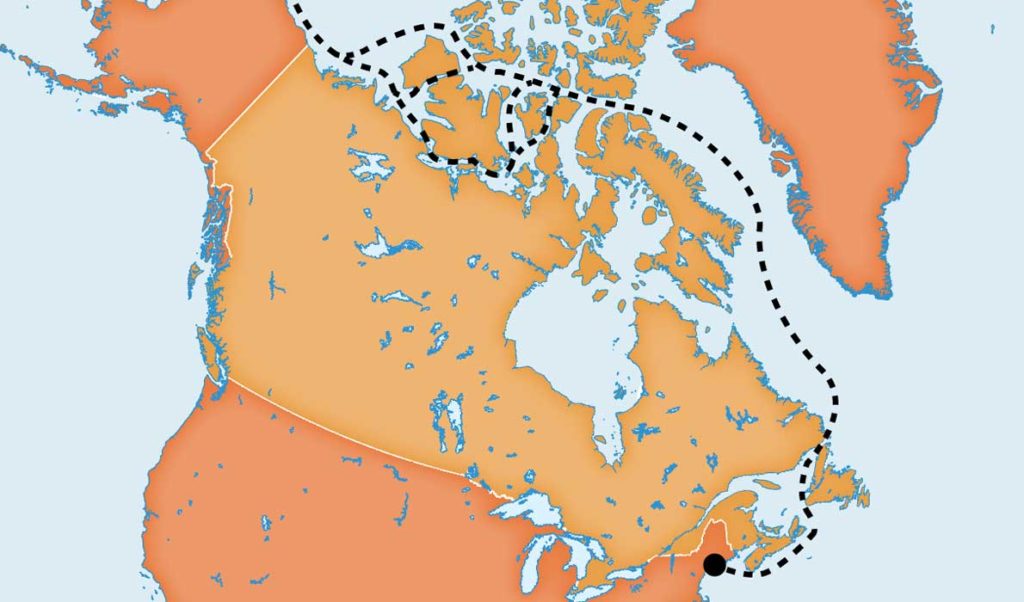