Cruise ship traffic can be both a blessing and a curse for Maine ports. Visitors who come ashore—at times thousands of passengers and crew—represent millions of dollars in local seasonal revenues. The same visitors can also overwhelm a small community, as has happened in Bar Harbor.

Eastport’s Port Authority has actively embraced a different approach. Size matters, as Bar Harbor has learned. Eastport for years has actively wooed the “small” cruise ship market, welcoming luxury vessels that are more likely to have 400 passengers, not 4,000.

Initially things were going well. Small cruise ship operators, their deep-pocket passengers, and Eastport’s downtown retailers were all happy to have ships tie up at a deep-water breakwater pier within a short stroll to Eastport’s red-brick business blocks.

Six small cruise ships tied up at Eastport’s breakwater pier between April and October of 2018, the largest a 374-foot vessel designed for 350-plus passengers and crew. Seven visits are expected in 2019.

Eastport’s “things were going well” era was rudely interrupted on Dec. 4, 2014, when at 2 a.m. much of the downtown breakwater collapsed due to decades of steel-meets-saltwater corrosion. Originally built in 1962 and expanded in 1985, the breakwater pier was back in service on July 4, 2017, some $15 million later, on-time and under-budget.

“The pier has filled up again with commercial fishing,” said the port authority’s Chris Gardner. “Even after expanding our boat capacity by 50 percent, now there’s a waiting list.” 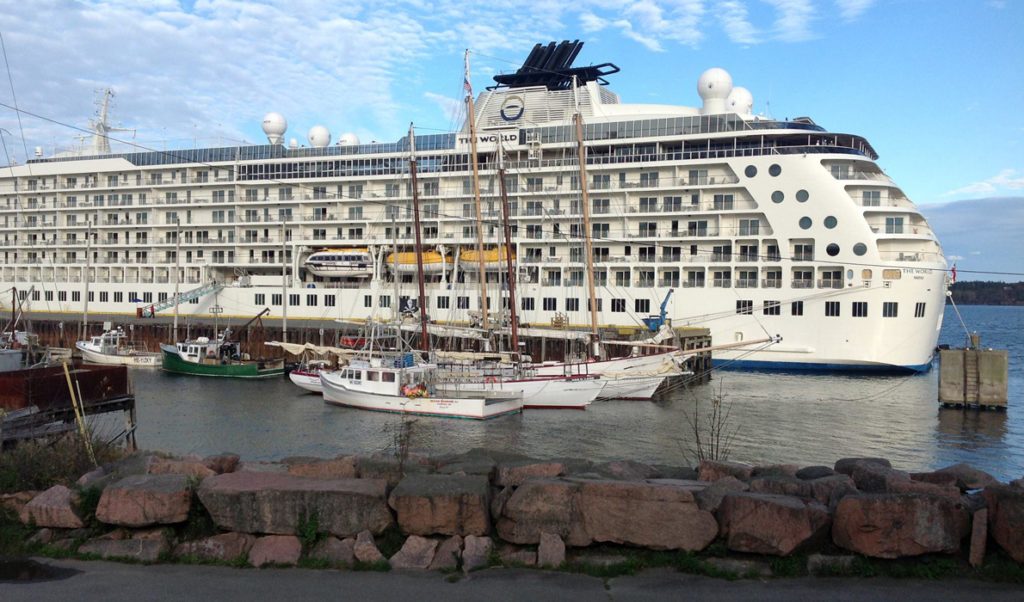