The past four years have been rife with good news for the Maine lobster industry, as we’ve seen both the volume of the catch and prices paid to fishermen increase. In 2016, Maine lobstermen caught a record 130 million pounds for which they earned a record $533 million. Key to this ongoing success story has been expanding national and international markets which have been able to absorb the record catches.

But the industry now faces the sobering news that a trade crisis may be looming. If lobster processors and exporters don’t find a foothold in Canada, they may begin losing access to those robust markets.

Our northern neighbor and the European Union have finalized the Comprehensive Economic and Trade Agreement (CETA), which aims to lower trade barriers and strengthen economic ties between the trading partners.

Nearly 70 million pounds of U.S.-caught lobster are exported to Canada in a year, sold to Canadian processors where it is cooked, picked and packaged for export back to the U.S., or sold in EU and Asian markets. According “Fisheries of the United States,” a report issued by the National Marine Fisheries Service, the total U.S. export market for fresh and frozen lobster was 114 million pounds valued at nearly $700 million in 2015.

Europe makes up between 15 percent and 20 percent of the market for lobster. Italy, Spain, France, Belgium and the United Kingdom (still part of the EU for now) are the biggest buyers.

The EU and Canada have provisionally approved CETA and provisional measures could go in to effect as early as this spring. Both parties are well on their way to approving the deal.

In addition to CETA, Canadian Prime Minister Justin Trudeau has committed to spending $350 million in a fisheries innovation fund for the Atlantic provinces to improve infrastructure. In other words, Canada is serious about dominating the global lobster marketplace.

There are two key elements of the CETA deal that will put Maine lobster processors and value-added product exporters at a disadvantage.

First, the agreement would eliminate 99 percent of all duties on Canadian and EU exports and imports. For lobster traveling from Canada to EU countries, CETA would eliminate the current tariffs, which range from 8 percent on live lobster to 20 percent for processed product.

For context, lobster shipped directly from the U.S. to EU markets is assessed the same 8 percent to 20 percent tariff.

Second, and perhaps of even greater concern, the CETA deal sets a quota on the amount of U.S. lobster that can enter Canada for export to the EU. In other words, CETA will prioritize Canadian lobsters in filling orders for the EU. That is Canada’s prerogative, but it will likely put Maine lobster at a disadvantage.

The first rounds of negotiations to form a Transatlantic Trade and Investment Partnership (TTIP), were launched under the Obama Administration to create a free-trade agreement between the US and the EU, The Trump administration has said it is waiting to decide whether it will support TTIP, and the future of the negotiations remains unclear.  Given the implications of CETA, failing to finalize such an agreement will hurt Maine lobster dealers along our coast. Perhaps this is an area in which Maine Gov. Paul LePage’s good standing with Trump could help sway the president.

What about China, where demand for Maine lobster is growing? In 2015 the U.S. exported over $10 million in lobster to China, and exports for 2016 are likely to top $30 million. Recent drops in Chinese tariffs are helping to move product, but the EU still remains a larger importer of US lobsters.

Our Maine lobster marketing efforts are going to become more important to building markets in Asia and the U.S., but these trade barriers create serious dilemma when it comes to marketing in the EU.

The Maine Lobster Marketing Collaborative was established in 2013 by legislative action intended to boost the Maine lobster brand in the U.S. and abroad. To date, the group has spent $2.2 million, and it’s working. Under CETA, though, our lobsters will have to go to Canada to enter EU markets at a competitive price, forcing us to give away our Maine identity in favor of a more generalized Northeast Atlantic lobster brand.

The Maine Lobster Dealers Association and Maine International Trade Center are working on this issue, as are members of Maine’s congressional delegation. But without a parallel trade deal, it is hard to see how we stay competitive with Canadian lobster in the European market.

We will need to continue to build markets at home and in Asia, but without our long-standing trade partners in the EU, life on the waterfront could become more difficult as price for product shift in the years ahead.

The lobster industry is focused on the CETA deal and you can bet it will be a major topic of discussion at Seafood Expo North America in Boston in late March.

Rob Snyder is president of the Island Institute, publisher of The Working Waterfront. Follow Rob on Twitter at: ProOutsider 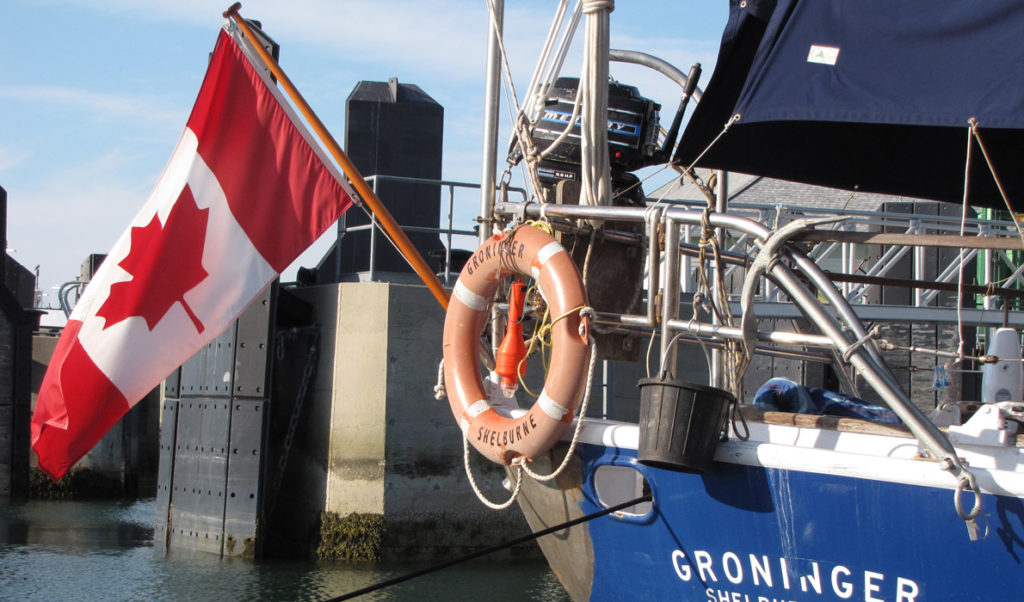