The Fourth of July holiday, which many used as a four-day weekend, brought lots of visitors to Acadia National Park. That meant traffic congestion, a situation that continues to be serious not only on holidays but throughout the summer at Acadia’s hotspots.

One of the park’s most popular spots is Cadillac Mountain’s summit, reached by a long, winding access road.

On Sunday, July 2, the access road was closed three times to relieve congestion at the top. Closures occurred for an hour each at noon and mid-afternoon, and for 1 ½ hours at sunset. Closures occur when Acadia staff on the summit report to rangers at the base when the parking lot is full, said the park’s management assistant, John Kelly.

On Monday, July 3, the road was closed four times. While travel to Cadillac eased off on July 4, possibly due to festivities in town, the road has been closed numerous times since then, said Kelly.

A half-mile spur road to Schoodic Point, Acadia’s quieter portion, also was closed due to congestion. While spur closures have occurred previously due to storm events that bring sightseers, as well as a local lobster festival, the Schoodic spur closure was the first this summer on a non-event day.

Late last year, the park released a set of concepts, for public input, on strategies to manage congestion.

According to the National Park Service’s public comment summary, issued in June, most commenters said traffic congestion, parking shortages, and crowding need to be addressed. Many commenters said solutions should continue to allow visitors to be flexible in their plans. They stressed the importance of partnering with local organizations and towns to plan comprehensively for transportation and suggested the plan consider possible ripple-effects of future changes and that the National Park Service work closely with local towns to mitigate the potential effects. Many local residents said changes should accommodate their own visitation patterns.

• Increased bus and service routes would be helpful, but with an eye toward “green” solutions.

• Live updates, consistent scheduling, and better signage for the Island Explorer could increase acceptance of the bus system.

• Reduce the number of cruise ships coming to MDI.

• Metering could cause further congestion outside of the park, would be hard to enforce, and would diminish visitor spontaneity. Some suggested metering for Cadillac Mountain and the Park Loop Road.

• No restrictions on cycling, but improve safety conditions and awareness for all road users.

• Schoodic is not as congested as MDI and doesn’t warrant action.

• Add a third lane for stopping.

The draft Acadia National Park Transportation Plan and Environmental Impact Statement is expected to be released in late 2017 for public review and comment. It’s expected a roll-out of strategies could begin in 2019. 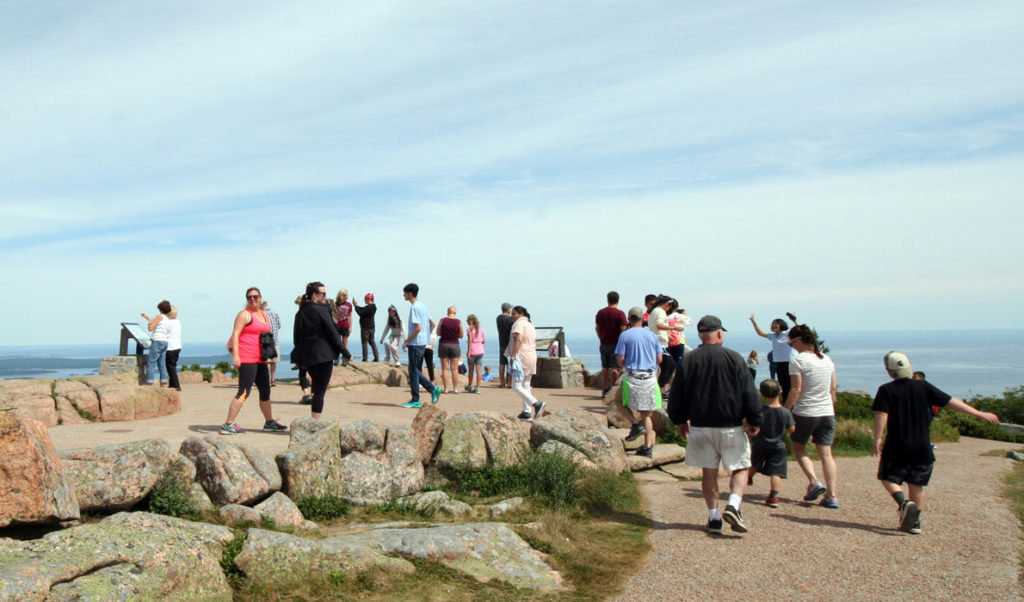