Lobstering is a dangerous, difficult business, and not just for the harvesters who risk their lives to bring their catch to shore. Many factors influence how lucrative the lobster industry will be in any year. Ultimately, these factors influence the profits throughout the supply chain, from dock to dinner plate.

Around 80 percent of the U.S. lobster catch is landed in Maine, with the rest caught in Massachusetts and the other coastal New England states.

Over the past two decades, lobster landings in Maine have more than doubled, yet Canada lands about twice as much lobster as Maine does—together, Canada and Maine land some 300-350 million pounds annually.

Finding a market for lobster takes work and is dependent on several factors, including global trade relations. China had become a large market for Maine lobster. Between June 2017 and June 2018, U.S. lobster sales to China totaled $182 million, which is 27 percent of total U.S. lobster exports to international markets (see “Waypoints: Connect” for more data facts about the coast).

Since 2018, lobster exports to China have decreased more than 65 percent.

Canada and China trade relations remain positive, with China importing lobster from Canada instead of the U.S. Canada also enjoys a healthy trade agreement with the European Union (EU).

In 2017, the Comprehensive Economic and Trade Agreement (CETA) between Canada and the EU eliminated the tariffs on lobster for Canada, while the 16 percent to 20 percent tariffs for valued-added lobsters are being reduced, and will eventually go to zero. U.S. lobster exports still maintain the original tariff schedule.

Other major outlets for Maine lobsters are restaurants, casinos, and cruise ships. With the COVID-19 pandemic and the necessary shutdowns for health and safety came the closure and grounding of these traditional lobster markets. In a more typical year, around 30 percent of the lobster supply would be consumed in one of these three types of establishments.

The global economic downturn caused by COVID-19 will also hurt the industry. While economists disagree on the severity and length of the downturn, they agree the slump will continue for the foreseeable future.

Lobster is seen as a luxury item. For those experiencing economic hardship, lobster is unlikely to be on a shopping list.

A final way the pandemic lockdowns have affected the lobster industry is in causing labor shortages for processors. Processing facilities often require employees to work in relatively close proximity and so cannot provide social distancing precautions. Secondly, unemployment benefits being offered are sometimes higher than the wage employers can offer. And some jobs in the supply chain have been held by migrant workers, now hindered in their movement due to federal and state restrictions.

This is not the first time the industry has faced these challenges. In 2008 the global economic crisis depressed demand and the price of lobster. In 2012 an early shed due to a warmer than average winter and spring resulted in an oversupply of lobster causing price deflation. Subsequently, dealers and distributors worked to develop new markets.

But the weakened price spurred strong domestic and international demand. Another warm year in 2015 did not result in a weakened price because markets had been expanded.

Over the years, the lobster industry has faced threats to its traditional way of operating. From a near complete collapse in the early 20th century, to the battle for the effective conservation practices won by fishermen, the industry stood resilient and emerged stronger and smarter.

Now climate change, right whale protections, potential bait shortages, tariffs, supply chain disruptions, and the pandemic are all concerns the industry must confront. But the fishermen aren’t alone. Maine is a state that recognizes the creative, forward-thinking, tenacious fishermen, dealers, processors, and distributors who stand ready to address these new challenges and fight to ensure this critical part of Maine’s economy persists.

Meghan Grabill is community development officer focusing on data analytics and translation for the Island Institute, publisher of The Working Waterfront. 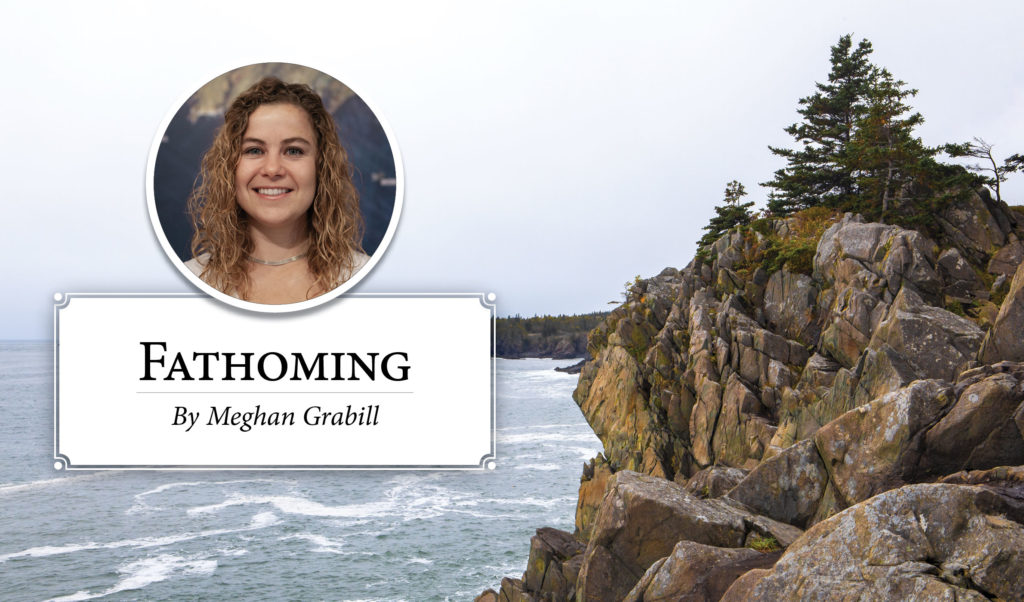