On Swan’s Island, community leaders and nearly 200 residents debated the future of the Swan’s Island Electric Cooperative, the ratepayer owned distributor of electricity on that island and nearby Frenchboro (Long Island). There is nothing so heartening as watching community members of diverse background and economic standing give stump speeches in seeking election to a seat on the cooperative board. Residents were stepping forward to lead at a moment when they will have to answer a major question—should the coop merge with a mainland power transmission and distribution company, or continue to go it alone? This is direct democracy at work.

Earlier in the summer on Vinalhaven, another important leadership transition was under way. The recent passing of beloved Vinalhaven Fishing Cooperative manager Ted Johansen could have created chaos down on the dock. Major infrastructure improvements were planned and the season was off to a slow start, about a month behind.

But Ted did what so many others must do— he knew he would not live forever and talked to one of the young coop employees, sharing with the young man that he thought he had what it would take to lead the coop forward.

And so, the coop has a new manager in training, learning the ropes, balancing the basic human instinct of wanting to be liked by his fellow community members while making difficult daily decisions about the price his organization will pay for a pound of lobster.

On Chebeague Island, the discussion at the community hall focused on seaweed aquaculture. A lease was to expire on a three-year experimental permit for a hectare of ocean territory between Little Chebeague and Chebeague. The question posed by the Department of Marine Resources to the community was whether or not to allow this experimental site to transition to a ten-year commercial lease.

Paul Dobbins of Oceans Approved is developing processed kelp products from this site, creating “kelp ice cubes,” among other products, and selling them to smoothie companies around the country. There was resistance from the lobstering community to the experimental lease three years back. Today, the active seaweed, oyster and mussel operations in town waters show that a growing number of local lobstermen, seasonal residents and shore side entrepreneurs are interested in these emerging industries.

Speaking of ocean uses, a day on the water lobstering was evidence of the current health of that industry, but also a reminder of how all the money being made could still negatively effect the coast.

Lobstering is very good right now. Folks in the Midcoast might be landing 1,500-2,000 pounds a day by the time this goes to print. If they are getting $3.80 a pound plus a 40 cent dividend, that translates to $6,000-$8,000 per day. A fisherman might spend $600 for bait and fuel and pay a stern man or woman a percentage of the catch. No matter how you cut it, it’s a lot of cash flowing through our communities.

In the best cases, it is invested in real estate, boat loans are paid off and money is put aside for the long winter. In the worst of cases, young people are taking the money and buying heroin and other opiates. They will function in public for a time, but the foundation of their very being will erode. A community’s fishing leaders play an oversized role in whether the people dealing these drugs are allowed to stay in a fishing village or are forced to leave.

In Boothbay, Kerem Durdag showed me around Biovation, a company that creates materials from polylactic acid, known as PLAs. Karem is producing cloth from PLAs that can be engineered to protect against the transfer of microbes from medical devices to skin or to absorb moister quickly, to help wet boots dry faster.

The challenges he faces resemble those of many of the Maine business owners I’ve spoken with: high transportation costs, a trained labor pool is unavailable, energy costs are outrageous and high-speed broadband is lacking.

The grand opening of Black Dinah Chocolatiers’ new plant in Westbrook early in the summer was a bright spot. The Island Institute supported the move for this Isle au Haut-born business because the company’s story is an island story, showing how an island community can nurture a business that can grow into a success.

It has been a good summer on the coast of Maine, and for those who like to learn, it can be a place where community members are happy to become teachers, and in the process they lend depth to our understanding of the debates about who we are becoming. 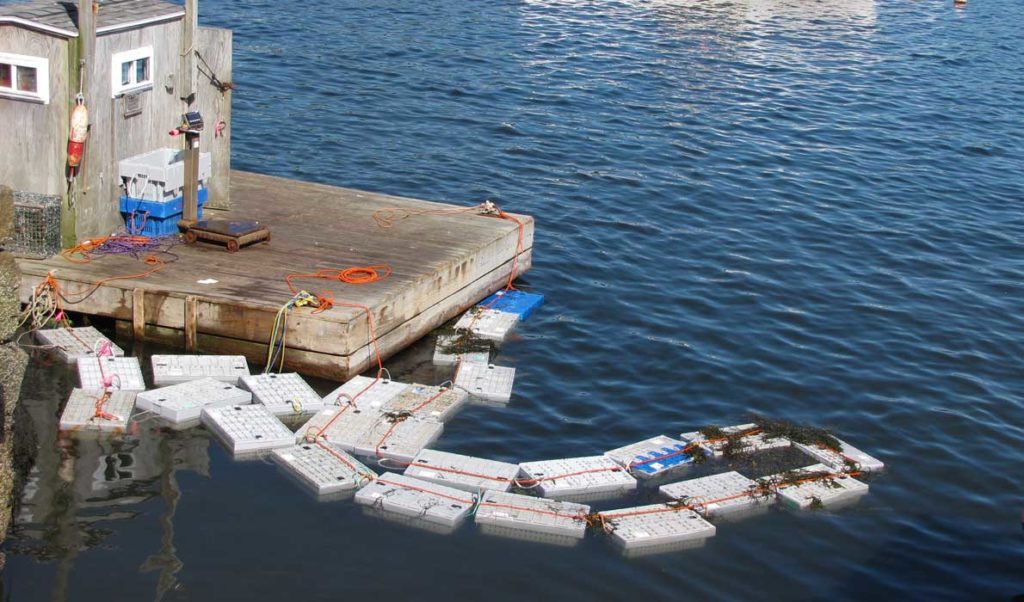