There’s a lot of work to be done before it opens its doors, but Eric Jergenson likes to point out that the Maine Ocean School already exists. No, it’s not a figment of his imagination—the public, magnet high school was established by state law in the last legislative session.

By the end of the current legislative session in June, the school—whose full name is the Maine School of Marine Science, Technology and Engineering—will know if it has secured state funding. Before and after that milestone, though, private fundraising will continue.

As explained to members of the Propeller Club of Searsport and Bucksport in Belfast on Feb. 23, the school may be an easy sell. Well, at least to those familiar with and supportive of the region’s seafaring heritage, and those who see the promise of good jobs that wait in marine science, transportation, engineering and technology fields.

Jergenson, of Stockton Springs, is a graduate of Maine Maritime Academy who now teaches there, and is a former captain of the institution’s Arctic exploring sailing vessel, the Bowdoin. He believes the Maine Ocean School is poised to align with the current emphasis on STEM education—science, technology, engineering and mathematics. The school has tweaked that acronym in its curriculum outline, which will focus on marine science, transportation, engineering and management.

Under marine science, Jergenson said the school might feature classes on aquaculture and lobster conservation.

“We have one of the best laboratories in the entire world,” he said. “We have Penobscot Bay out there.”

Under marine transportation, he anticipates students as young as 15 years old securing vessel operating licenses, and points out that the nearby Mack Point port could provide practical training.

Engineering work might be that which prepares a student for further study in composites or electrical automation, or a trade skill like welding.

The business and logistics of marine work will form the management part of the curriculum.

“We’re looking for that right kid, that kid who just wants to work on the water,” Jergenson explained.

A shipboard model will rule the school. And just as at sea, students will learn to “put your ship and your shipmates ahead of you,” he said.

The plan is to recruit potential students through summer programs that will be offered in the Searsport area this year. In fact, attending those short-term programs will be required for admittance. The school may start with upper grades only, then begin growing into offering ninth and tenth grades.

Jergenson acknowledged that some might suspect the school will function as a feeder program for MMA, but that misses the point, he said.

“The goal is to graduate kids so they’re ready for jobs,” the way high school was once focused. Decades ago, students who learned skills outside of the academic realm may have been dismissed.

“I think that a high school student that comes out and is able to rebuild an engine—that’s a high-achieving student,” he said.

As a public high school, it must offer English, history and physical education, but those courses might have a nautical focus.

“Our ocean theme is really the basis,” he said.

Because it will be a residential school, traditional schedules don’t have to apply. “We can have night classes,” he said, and some of Searsport’s inns, which are typically vacant in winter, might serve as dormitories, and a shuttered elementary school in Stockton Springs might be used for classrooms.

The school is not able to show preference to local kids, Jergenson said, and will draw from throughout Maine.

The student body may start small—he noted that the Maine School of Science and Mathematics in Limestone began with 20 students, dipped to a dozen, and then rebounded to its current 150.

A nonprofit Maine Ocean School Foundation has been formed to raise money, he said, because state funding won’t cover such things as boats, dormitories and meals.

More than 40 educators and mariners worked to develop the plans for the school, Jergenson said, but more public meetings will be hosted to gather input.

For more information, see: maineoceanschool.org and the organization’s Facebook page. 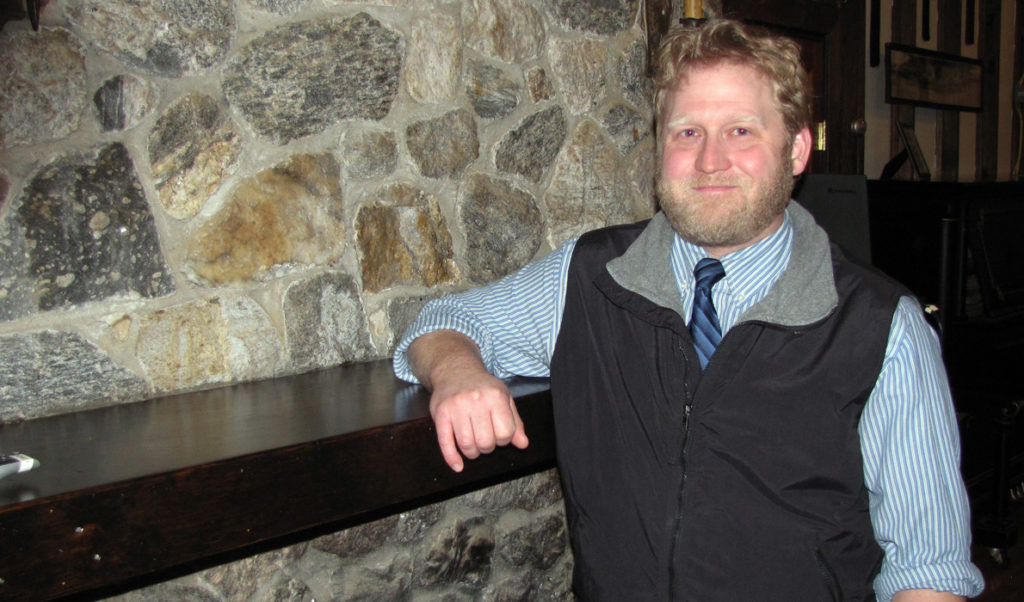