You may know John Hodgman from guest appearances as the Resident Expert and Deranged Millionaire when Jon Stewart hosted The Daily Show. You may remember he was the hapless PC up against the mighty Mac in Apple computer ads. He played the fertility doctor in the film Baby Mama. He’s also Judge John Hodgman, pontifically weighing in on matters of etiquette and ethics in a New York Times column and podcast. He’s written four books and is sometimes a humorist performing live gigs.

With that diverse a career, plethora of talents, what to call him?

One possibility comes in his newest book, Vacationland: True Stories from Painful Beaches. He could be the Mark Twain of our time. He’s had his chance at that persona, in fact. He delivered a Samuel Clemens address on an unnamed college campus (“a northern southern one”), most excited about the timing, there on 4/20.  But don’t let that mislead you into thinking his stories are high times with a glib stoner. He’s much more grounded than that.

In fact, ground is a lot of what gets focused on in this book—the grounding he seeks in various places he makes home. There is Brookline, Mass. originally. His early years also include the Pioneer Valley of western Massachusetts,

and then several different places on the coast of Maine (presently Brooklin) as well as Brooklyn N.Y. Each place offers some insights, as well as—in Hodgman’s hands—some darn good, laugh-out-loud stories.

His first three books were humorous collections of fake news and invented facts, but when 2016 brought a political iteration of that, Hodgman moved to higher ground. Also, maybe he was just ready to reveal a more personal side. He’s been the master of disguises, as demonstrated in even the short list of laudable efforts mentioned above.

But Vacationland features true confessions, like backing a boat trailer behind a Jeep for the first time at a ramp in Brooklin while two locals, both experts, are watching.

As Hodgman relates, “The owner of the boatyard and his coworker watched placidly as I jackknifed the trailer a second time, and then a third. Their faces showed neither alarm, nor derision, nor care. They didn’t offer to help me. They would never help me. My failure in front of their stone faces would be my punishment for being from away. I despaired. But then I … did something very unusual for me. I stopped steering, rolled down my window, and said out loud, ‘I do not know what I am doing.’ ‘We’ll help,’ they said. I had misunderstood them completely. They weren’t punishing me by not helping, they were respecting my privacy by letting me f*** up on my own.”

At the end of the book, Hodgman reflects on what Maine’s painful beaches and frigid waters have taught him. He describes finally getting in to swim: “I would not say that I learned to enjoy it. … But I did enjoy learning to endure it.”

He draws a bigger life lesson: “There are transitions in life whether we want them or not. You get older. You lose jobs and loves and people… Sometimes you just have to walk into the cold dark water of the unfamiliar and suffer for awhile. You have to go slow, breathe, don’t stop, get your head under, and then wait. And soon you get used to it. Soon the pain is gone and you have forgotten it because you are swimming… where you were scared to go. That’s the gift of a Maine vacation: you survive it. And in that sense, Maine is a metaphor.”

But lest his stories have convinced too many to come enjoy Maine, he concludes:

For some readers, that will resonate; like those alluded beaches, that sentiment can be painfully true. I think Hodgman, in a less curmudgeonly mood, truly sums it up: “Maine is a beautiful place that I paradoxically want to hoard to myself and share with everyone I meet.” 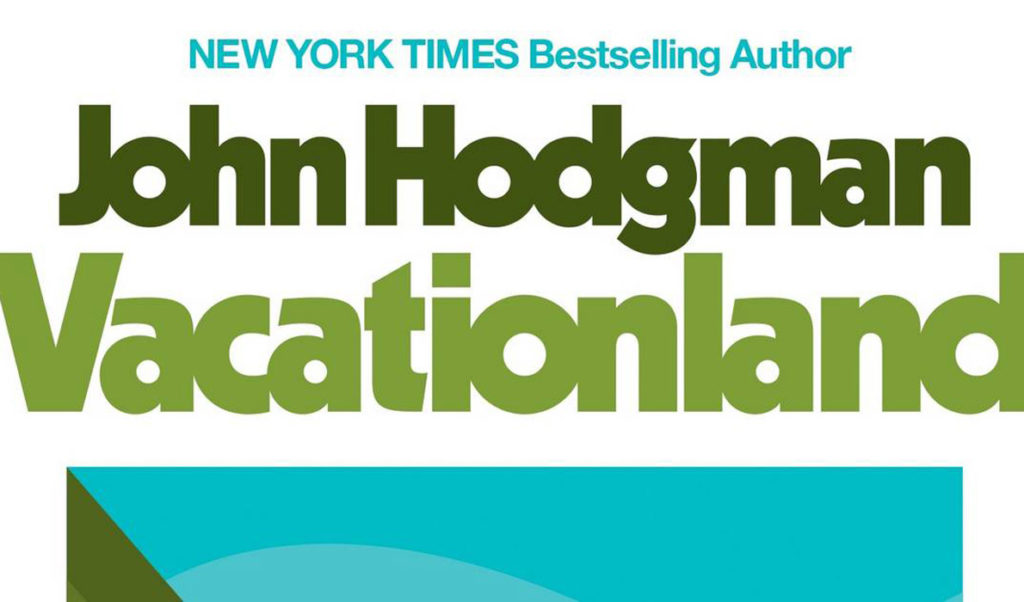