If Ben Franklin had known in 1782 what the bald eagles would be up to in Maine in 2015, he might have pushed harder to select the wild turkey as the national bird.

Since being nearly wiped out in the late 1960s due to DDT and other pesticides, eagles and other birds of prey have made a dramatic comeback. However, this breathtaking recovery has brought some unintended consequences surrounding eagles’ prey on Maine’s outmost islands. While their diet consists mainly of scavenged or live-caught fish along lake, river and ocean shores, eagles have recently begun to turn their sharp eyes, beaks and talons to seabirds. In doing so, they appear to be close to extirpating one of Maine’s rarest marine birds: the great cormorant.

The Maine Department of Inland Fisheries & Wildlife (IF&W) conducts periodic statewide surveys of bald eagles. These surveys have shown dramatic increases from 21 pair in 1967 to 633 pair in 2013, representing a 30-fold increase. Because it can take 4-5 years or more for bald eagles to reach nesting age, the total number of adult and juvenile eagles is likely in excess of 3,000 statewide.

“Nesting eagles have fully recovered their traditional breeding range across Maine,” reports Charlie Todd, IF&W’s coordinator of endangered and threatened species. However, along with this laudable increase has been an unsettling shift in diet, from fish to birds.

Mark McCollough, endangered species specialist with the U.S. Fish and Wildlife Service, said cormorants and other seabirds are being impacted by the increasing populations of eagles.

Several factors appear to be driving this dietary shift. First, the sheer number of eagles means more competition for the available fish. Second, fish in the Gulf of Maine have yet to recover from the over-harvesting and subsequent collapse of the ground fishery in the 1990s, so the supply is dwindling in the face of increasing demand. This relative scarcity forces eagles to expand their diet to the next-most available prey, which in Maine, is seabirds.

Third, like eagles, seabird conservation efforts have been so successful that there are a lot more seabirds available for eagles to eat. In short, an abundance of eagles, a paucity of fish and more seabirds results in the odd situation where the formerly endangered eagle population is now consuming seabirds.

Maine is not alone in documenting eagles shifting their diets to seabirds when fish and other favored prey decline. Bald eagles in both Alaska and the Channel Islands of California have expanded their diet to include seabirds when their favored prey disappeared. However, what makes the situation in Maine different—and alarming—is that one of the seabirds that eagles now favor happens to be one of Maine’s rarest nesting seabird, the great cormorant.

While most seabird populations are abundant enough to tolerate an increase in eagle predation, not so the great cormorant. There are currently only about 50 great cormorant nests in Maine, down from a maximum of about 300 in the early 1990s, which corresponds to the collapse of fish stocks.

Great cormorants are a cold-water species that are abundant in Canada and northern Europe. Maine represents their southern-most outpost. The Gulf of Maine is essentially the transition zone where the more north-ranging great cormorant replaces the more south-ranging double-crested cormorant.

“Great cormorants nested on Maine’s coastal islands in the 19th century but they were extirpated as a breeding species by human exploitation,” Brad Allen, bird group leader for IF&W said. The returned to nesting in Maine after a century-long absence in 1983.

“By June 29, there were only 11 nests left, all the others having been abandoned due to eagles. On the 15th of August, there was one pair of great cormorants still defending two chicks; one of the pair was on the nest while an adult and an immature eagle waited 12 feet away.”

Can the great cormorant be saved? While by not an easy task, it ought to be possible to protect great cormorants because eagles will avoid cormorant colonies if a seabird steward is nearby.

Stephen Kress, director of the National Audubon Seabird Restoration Program, says protecting Maine’s last few pairs of great cormorants from eagles is possible, “But bringing them back if they were to disappear will be a much more difficult process.”

Should we let nature take its course, or should we intervene on the behalf of this rare Maine seabird? I vote for saving great cormorants.

We need the biodiversity this species represents. With only 17 species of seabirds in the Gulf of Maine, the great cormorant represents a significant portion of the regions seabird diversity.

Second, because the great cormorant is associated with cold water it represents an important sentinel species, and its future population trends may prove important to monitoring climate change as well as maintaining the health of fisheries.

Finally, does it make sense that we successfully manage eagles, mismanage the fisheries upon which they depend for food, and then sit passively by while eagles extirpate another bird?

Richard Harris Podolsky is an ornithologist living in Rockport. He is a Certified Senior Ecologist with the Ecological Society of America and holds a doctorate in ecology, fisheries and wildlife from the University of Michigan, Ann Arbor. He was the Island Institute’s first research director, serving from 1984 to 1991. 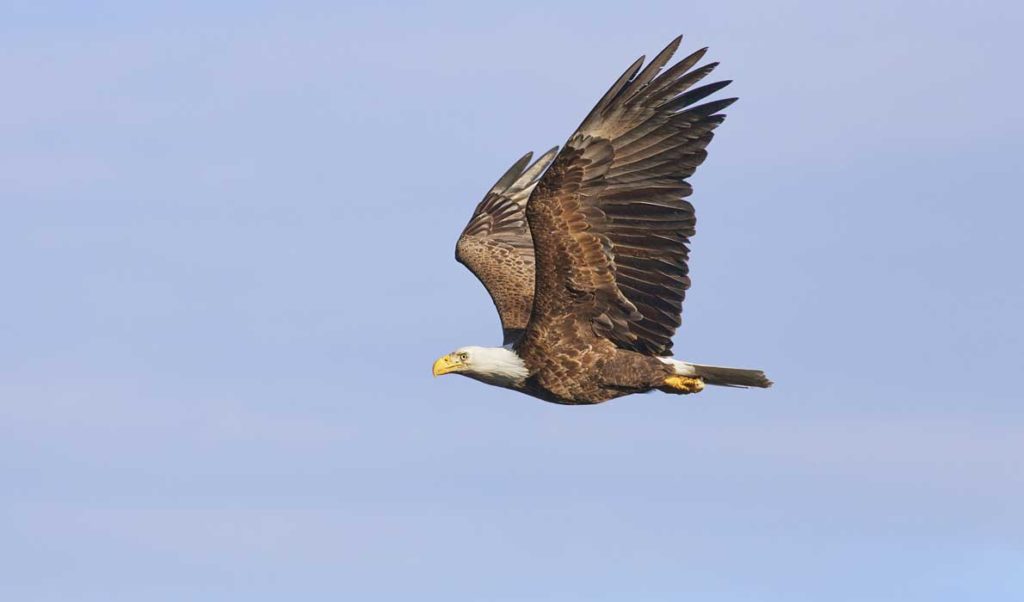