Summer To Fall: Notes and Numia from the Maine Woods

Remember in the film Jerry Maguire when Dorothy says, “You had me at hello…”? Author Dana Wilde had me at the first paragraph of the preface when he writes:

“…this book is about the transit through the waking seasons, the flora and fauna that fill them, and the conditions of light that are ceaselessly suggesting the whole thing is much, much larger than the breathtaking sliver that’s being revealed.”

Summer to Fall is Wilde’s poetic love letter to the natural world, and it’s beautiful writing—quiet, stirring, evocative. He writes with a sense of wonder and attention that lures us into places that we might not otherwise be aware of, starts us wondering, day-dreaming, noticing.

Each essay is a compact bite, just enough to share some scientific information, a wistful observation of the passage of seasons, some Native American folklore, an almost photographic description of a plant or constellation or bird, or all of the above.

The reader will learn about the science of a dragonfly’s eye, the varying songs of woodland birds, how the early Greeks and Roman named stars, even the wisdom (or lack thereof) of Wilde’s cats.

More than just information about the natural world around us, these essays seem to be about being present. How many times have the seasons rotated in our lives, how many circuits have the constellations made over our heads, how many miracles large and small happen around us every day that escape our notice?

Wilde doesn’t walk down his driveway without observing and weighing some small event that is a crucial part of The Large Event, and he shares them with us.

There’s no shortage of interesting facts; if a dragonfly looks prehistoric, it’s because they predate the dinosaurs. Certain star formations were mapped by seventh-century Arabs. Blue jays bury nuts and have excellent memories.

What makes this more than a collection of nature trivia is Wilde’s intimate voice and keen eye; we get to know him, his back yard, his town and the Northeast. His writing has the same effect of returning home after traveling; one sees the familiar is sharper detail. What was commonplace can be seen as unique, and fascinating. What is that insect caught in the spider’s web, what are those flowers by the side of the road, why are those particular stars so prominent in a certain season?

We get answers to questions we didn’t know we had.

These essays invoke a range of feelings: “The Troy Declaration On Consciousness” is amusing, as Wilde and his wife wonder how their annoyed cat would communicate if it had fingers (one in particular). “The Solitary Martin” exudes a quiet melancholy as Wilde contemplates a migrating bird seemingly left behind. And there is reverence, such as this excerpt from ‘Botanoluminescence’:

The red maples, copper beech leaves, purple grasses and burst milkweed pods become prisms of things unseen, directing otherwise invisible glints of divinity onto your retina and transforming them there, right in the same angle where the sea and Sun vanish into each other. In the crystal clear autumn sunlight, eternity is as near to tangible as it can get and not kill you. The day is on fire.

If this book were a part of a school curriculum we would have classrooms of budding naturalists. And at the risk of over-stating, I will say this—the gift of this book is, in its quiet way, potentially life-altering.

It makes us want to pay better attention.

Dave Morrison is the author of Cancer Poems. He lives in Camden. 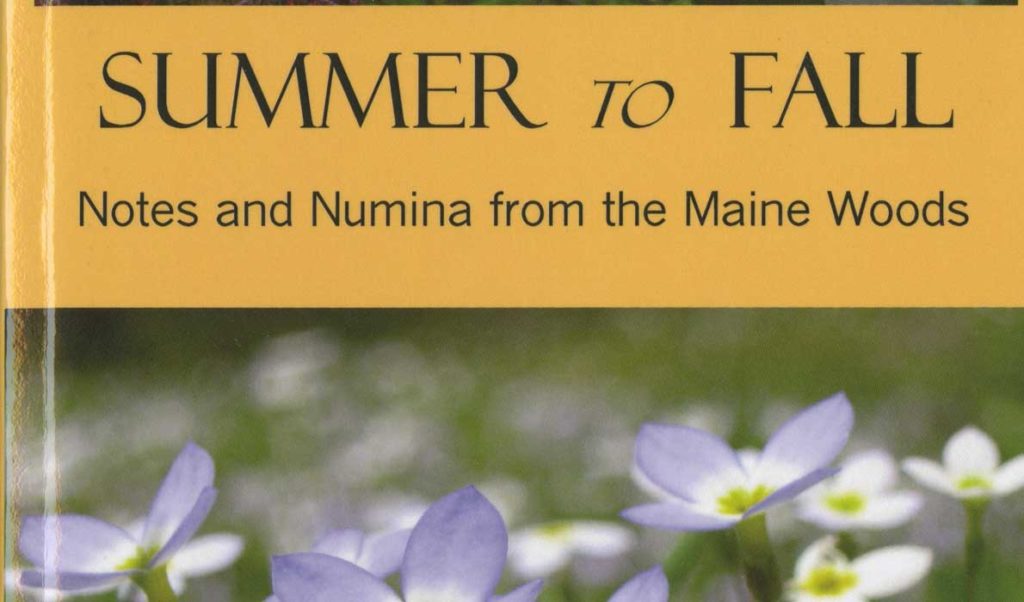