In 2015, Sermary Tiare moved her family from Kirabati to New Zealand to escape the rising seas that were devastating her village. The mother of seven and small-business owner lived on the remote atoll of Abemama. She became one of 75 climate-change refugees at the time awarded New Zealand citizenship in response to rising sea levels that threaten Kiribati.

In the coming decades, Kiribati and other Pacific islands like Tuvalu and Tokelau could be entirely swamped by the sea, forcing mass relocations despite adaptation programs aimed at managing the effects of sea level rise.

“For us, climate change is not speculation,” said Kiribati’s former president, Anote Tong. “It’s not something that’s yet to come. We are already experiencing the impacts of climate change. We have communities that have to move, because their villages are no longer there.”

Tong was in Maine as keynote speaker for College of the Atlantic’s 2018 commencement on June 9. The president of Kiribati (pronounced Keer-i-bas) from 2003-2016 and a Nobel Peace Prize nominee, he is an international advocate for Pacific islanders and others facing catastrophic climate change impacts.

Kiribati, one of the most remote places on the planet and falling in all four hemispheres, is comprised of 33 coral atolls. Most islands are just over a mile wide, with an average height of six feet above sea level. Tong has warned that rising sea levels may swamp Kiribati all together, and that its entire population may need to be resettled. In 2014, he oversaw the purchase of 6,000 acres on neighboring Fiji as a potential new home for Kiribati’s approximately 115,000 residents.

“Many communities will have to relocate within the next 10 to 20 years,” he said.

The nation’s remote location made it immune from global tribulations to a great extent.

“But lo and behold, here comes climate change, which has its origins on the other side of the world, in the boardrooms somewhere in New York, in Tokyo, wherever it is,” he said. “The reality is, no matter where you are, these global challenges will affect you.”

Climate change for Kiribati is not about the economy, the environment, or science, he said.

“It’s about survival,” he said. “We’ve referred to climate change as the single most significant moral challenge facing humanity today. Fifty years ago, we could be excused for continuing to do what we are doing. But today, knowing that every day we do something that impacts negatively somebody else on the other side of the world—do we stop doing it? No.”

As a young man, Tong said, he attended a school in a vibrant village. Today, the people are gone, forced out by rising seas.

“What’s happening to our communities? They are already being impacted. Their crops are failing. Their sources of water are getting contaminated,” he said, adding, “We’re on the front line.”

Sounding the alarm was frustrating for many years, he said.

“Nobody wanted to hear about climate change,” he said.

“Today, we’re talking more and more about climate change,” he said. “In Paris, we achieved perhaps one of the most historic diplomatic maneuvers in history, by getting almost 200 countries to agree with the Paris climate agreement. But what does that mean? It doesn’t save my country. It doesn’t save the most vulnerable countries.”

Some projections indicate that reducing emissions even to zero will do nothing to reverse the build-up of greenhouse gases, resulting in the continued rise of global temperatures and sea level, and rendering homes on Kiribati uninhabitable within this century.

The Paris agreement must go further, he said.

“We are desperately in need of good leadership,” he said. “Not politicians. We don’t need politicians to deal with climate change. Politicians are concerned about the next election and not about the next generation… What we need is leadership that ensures everyone has a place at the table.”

Kiribati may be on the front line today, but continued climate change impacts do not bode well for the rest of the world, he said.

“You’ll be next,” he said. “If not going underwater, maybe being hit by a category 10 storm, no longer five. We’re already witnessing that.” 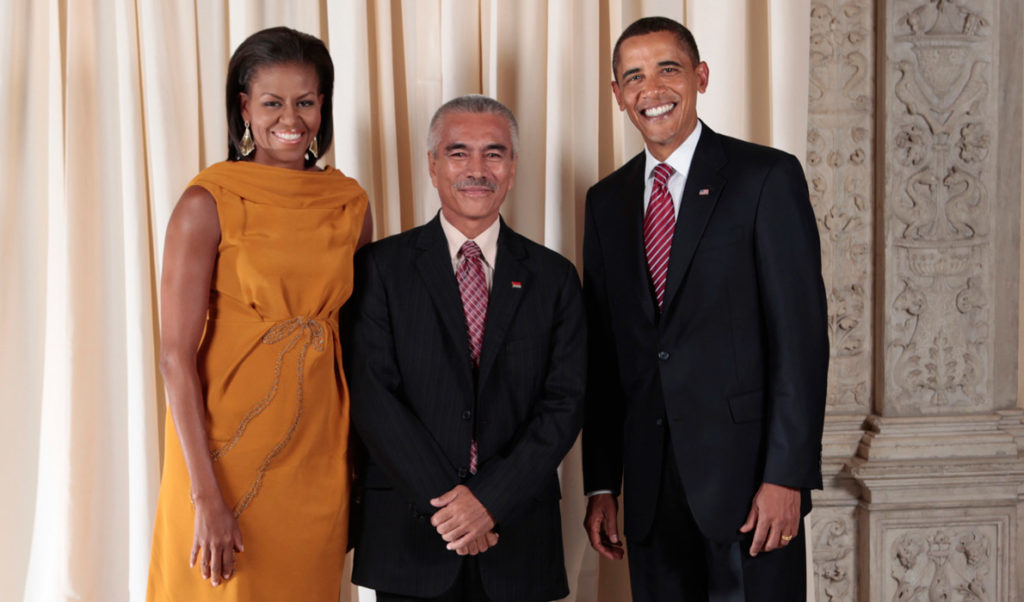