There’s something about the timeframe of 10 to 12 years. I’ve read that you can master something new in this amount of time—and ultimately, if you are brave enough, have four different careers in a lifetime.

The field of sustainability studies has shown that system-level changes take an average of 10 to 12 years. At the Island Institute, we’ve learned the hard way that when a group of people say something will «never happen» on the Maine coast, it will require 12 years of work to have that idea adopted.

Roughly 12 years ago, some co-workers and I set out to learn if we could have fishermen shape the questions scientists were asking about the impacts of climate change on the Maine coast. At the time, climate change wasn’t a part of many people’s daily discussions. Folks didn’t know if it was happening or not, and in most cases, it was considered a political football as much as anything else.

We began this challenge by meeting fishermen where they were, as keen observers of the natural environment and as story tellers. Each year we would bring fishermen together for “fishermen’s round tables.” In these annual discussions, held just before the Maine Fishermen’s Forum, we would ask fishermen what they were seeing in their gear, what surprised them about the year, and we would ask them to reflect on how the most recent fishing year was similar or different from past years.

Within a couple of years, fishermen started asking for presentations from scientists on topics related to issues that were percolating. Were fish species moving? Was the ocean warming? Scientists would come in and make presentations to the fishermen, and the fishermen could ask their questions. Climate change slowly entered everyone’s consciousness through these discussions, but it was not the point of the discussions.

We all learned that the science of the impacts of OA on lobsters was unknown. We had found a gap in the body of scientific literature. The potential impact of OA on the lobster industry was a huge unanswered question.

It’s one thing to find a question without an answer; it’s quite another to have researchers interested in answering the question, or to have the money to support the research endeavor.

Working with these fishermen, we went to Augusta and created the Ocean Acidification Commission. Part of the commission’s mission is to scan the scientific world for information to inform recommendations from that science, as well as from the industry, to policy makers on the need to fund further OA research. This body of work was then taken to Congress, where we were able to have our representatives work with us and with leaders at NOAA to find funding that could be applied to OA research questions.

Just last year, the funding for OA research finally came through from NOAA and is in the process of being awarded. We will have Maine scientists looking into the impacts of OA on the lobster fishery within the year.

And this past April, more than 300 people, mostly fishermen, crowded into the Thursday session at the Fishermen’s Forum to talk about fishing on a changing ocean. The major thrust of the discussion was about the potential impacts of climate change on Gulf of Maine fisheries.

It took roughly 12 years, but now Maine’s lobster industry leads the nation in its knowledge of climate change, and its willingness to speak out to decision makers about how climate change will impact its future. Many other organizations played key roles in this shift, but from my perspective, it started with creating a safe environment where fishermen could ask the questions that mattered to them. The rest of us listened and rallied our resources to make it happen.  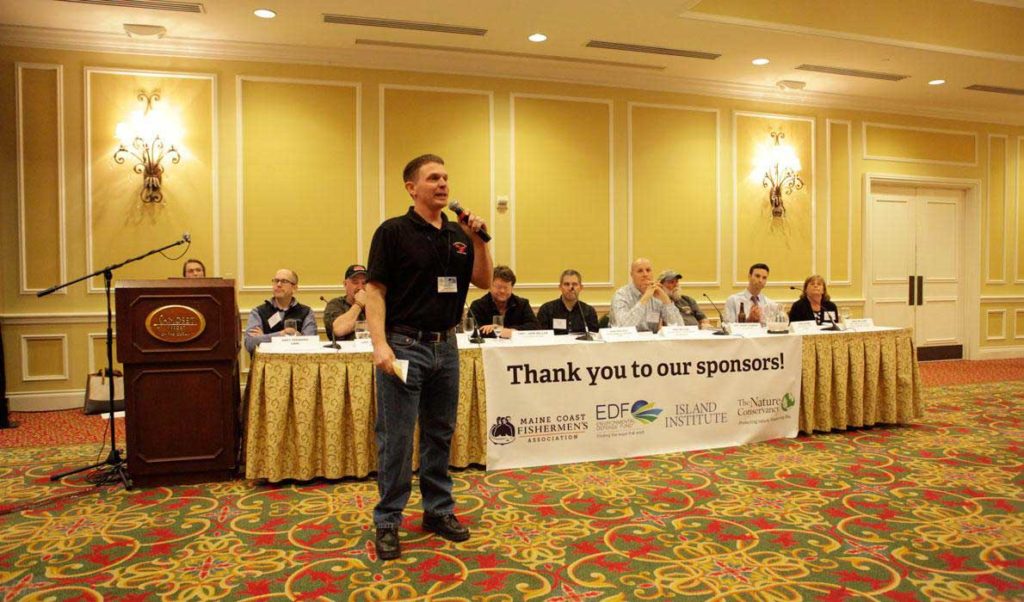