The past year has been tumultuous to say the least. Typically, as I begin to write this month’s column, I am at the Maine Fishermen’s Forum in a large conference room sitting shoulder to shoulder with hundreds of others who care about Maine’s fisheries and their future. That can’t happen this year, and there is more to discuss than ever.

Climate change, caused by excess emissions, is the root cause of so many of the issues facing the fishing industry—right whale rules, offshore wind, more frequent and intense storms, coastal flooding, ocean acidification, invasive species, and warming-induced changes in species distribution, abundance, and behavior.

Since the Maine Climate Council was created in June 2019, hundreds of citizens have served on working groups to develop a plan to mitigate and adapt to climate change. I am on the Scientific and Technical Subcommittee (STS) as well as the Coastal and Marine Working Group and have been working with dozens of other scientists to share the state of the science on ocean climate change in the Gulf of Maine and recommend priority actions. Some of these recommendations are before the legislature this session.

The committee recommended the state manage for 1.5 feet of sea level rise, but prepare for 3 feet.

The science and technical group documented impacts to date and looked ahead to what the Gulf of Maine might be like in 2050—now less than 30 years away. I think in terms of what my son will experience when he is just 33. Even if he doesn’t make his living on or from the ocean, changes on the coastline will be obvious.

Under the intermediate scenario of sea level rise (not even accounting for increased frequency of storms), flooding will increase ten-fold from what we experience today. The committee recommended the state commit to manage for 1.5 feet of sea level rise by 2050, but prepare for 3 feet. Without action, under the 1.5 foot scenario, we can expect $17.5 billion in coastal damage with 21,000 coastal jobs lost. Twenty-six miles of public roads would be flooded.

Those who hope to be making a living from the Gulf of Maine in 2050 will be faced with a changed ecosystem unless we take urgent action. Ocean temperature has been the warmest on record over the last decade, with 2012 and 2016 standing out as marine heatwaves.

Under all emissions scenarios, the warming trend will continue at least through 2050. Worst case scenarios for 2050 put us at 4.3 degree F above the 1976-2005 baseline, which would put us on average nearly a degree above the 2012 heatwave. A warm year in this climate would produce conditions along the coast akin to Rhode Island and New Jersey.

These conditions have major implications for species. Herring, cod, and Calanus finmarchicus (the copepod at the base of the food web and the major food source for endangered North Atlantic right whales) would continue to decline. Lobster landings projections out to 2050 suggest a decline from the record landings of the last several years; if temperatures Downeast exceed those of southern New England, we need only to look south of Cape Cod to forecast the future of our lobster fishery.

Globally, the world’s surface ocean pH has decreased from 8.2 to 8.1, a 30 percent increase in acidity, most of which has occurred in the last 70 years. Further reductions in ocean pH are expected, ranging from 0.05-0.33 pH units by 2100, depending upon emissions scenarios.

It’s not yet clear how conditions in the Gulf of Maine will deviate from these global estimates. What is clear is that the combination of global and local drivers of acidification in the Northeast make Maine’s shellfisheries among the most vulnerable to ocean acidification in the U.S.

Unfortunately, I could go on with grim news about invasive species, marine diseases, harmful algal blooms, and reduced primary production. My intent is not to bring you to despair, but to encourage you to act to preserve Maine’s ocean and coast.

Climate change is the top threat to our coastal economy. Please join me in voicing support for the prioritization of science-based decision making to reduce the severity of these climate impacts on Maine’s marine ecosystems so we can ensure fisheries are a robust part of that economy going forward.

Susie Arnold is a marine scientist with the Island Institute, publisher of The Working Waterfront. She holds a masters degree in marine policy and a doctoral degree in marine biology from the University of Maine. 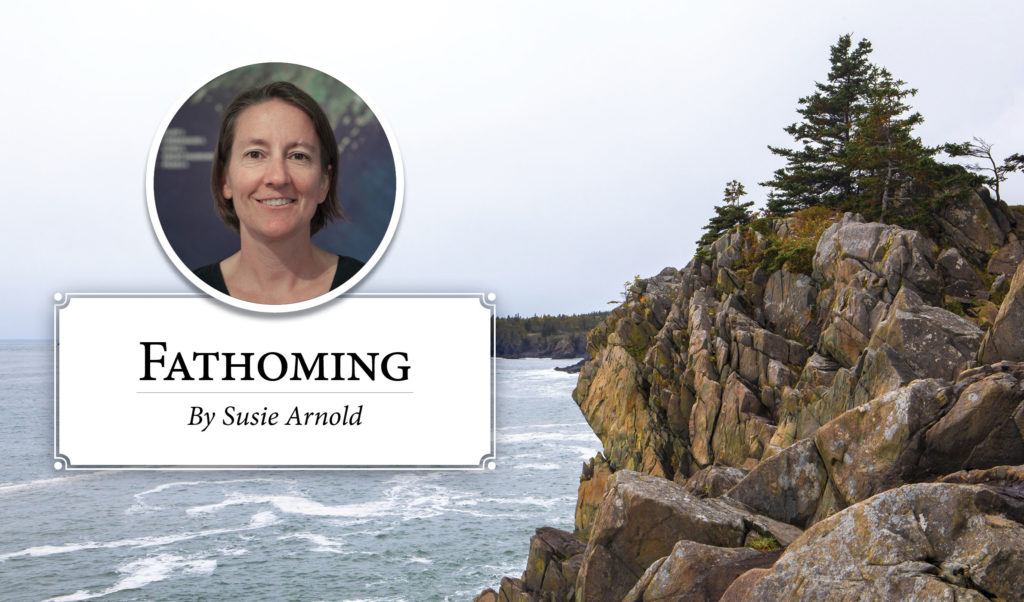