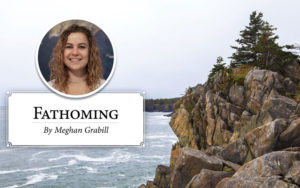 The things people can do from home would be unfathomable to someone 30 years ago. Those with access to broadband can further their education, utilize telehealth, engage in remote work, and connect with anyone (who also has broadband access) around the world.

“It is necessary for our civic and cultural participation, life-long learning, employment, and essential services,” says Susan Corbett of the National Digital Equity Center (NDEC).

Yet, even though broadband access offers opportunity and an improved quality of life, it is not universally available. The digital divide is the term used to describe the gap between the haves and have nots.

While there are affordable options for a monthly subscription to broadband, these are not affordable for everyone. And an additional cost are the devices one needs to be able to utilize broadband. Computers, tablets, and smart phones are not cheap. These added expenses may not fit in a family’s budget when weighed against food and clothing.

Another reason for the gap is the lack digital literacy skills. If people are unaware of the benefits or unable to utilize the tool, they are unlikely to seek broadband access.

ISPs look at the number of households along a route and the “take” rate, those who are likely to subscribe…

The classes teach individuals new to technology the skills to connect with others digitally, get news online, and utilize tools to promote better health.  “Especially in these times of COVID-19,” Carrier says, “it has allowed them to still stay connected and maintain that level of community.”

Another explanation for the digital divide in Maine is that 61 percent of the population lives outside urban areas. Incumbent internet service providers (ISPs) lack the economic impetus to build the infrastructure.

Broadband infrastructure is often described as being tree-like, with many trunks. Like a tree, the network branches out from the trunks, followed by more branches, and then twigs. The twigs represent the connections to people’s houses, often referred to as the last mile. This last mile is the most expensive to build and maintain.

ISPs make their revenue from people subscribing to the service. When building or improving infrastructure, ISPs look at the number of households along a route and the “take” rate, those who are likely to subscribe, to determine likely profitability of the build out.

Maureen Kinsey lives on a stretch of road about a mile long on Southport Island with about 18 other houses on the road.

“Everyone is frustrated by the current connectivity,” Kinsey says. A major ISP recently estimated connection costs of $12,000, payable by the residents.  While it may seem there would be enough houses to entice an ISP to build the infrastructure, the costs outweigh the potential profits, and so residents must carry this cost.

A final reason that people do not have broadband is that data collection on speeds is flawed and therefore resources are misallocated. The Federal Communications Commission (FCC), which allocates resources to improve access to adequate speeds, bases its measurements on the presence of a minimum speed at a single household as adequate for the entire census tract. This measurement is self-reported by ISPs. The under-inclusion of households without service, sometimes referred to as “dark pockets,” can prevent communities from being eligible for federal grants.

Many find these metrics fail to represent their home experience, severely overestimating their access to broadband level speeds. Urban as well as rural areas are harmed by this erroneous mapping. There are even neighborhoods in Portland and South Portland that do not have access to broadband, yet the FCC maps show they do.

According to Kerem Durdag, president of GWI, these areas are also often low-income areas.

“They get lost in the numbers. They are in urban areas, as much as they are present in rural Maine, and are assumed to be connected and so they get rolled over.”

Communities have started contesting the FCC numbers using a massive series of crowd-sourced internet speed tests where results are aggregated to a central data warehouse. Maine is launching its own speed test. Go to mainebroadbandcoalition.org/speedtesting-link to check in for updates and participate.

Data from the speed tests will allow Maine to secure more funding and target the funds to those locations where access will benefit those with the greatest need.

Meghan Grabill is a community development officer working on data analytics and translation for the Island Institute, publisher of The Working Waterfront.