Early on Thanksgiving morning I came downstairs to put the turkey in the oven. Elaine had asked me to do this, she having spent most of the previous day getting things ready, making pies and so forth.

On the counter was a note: “Pre-heat the oven to 350. Rinse the turkey well, inside and out, and pat dry. Carefully put the stuffing in the bird; don’t cram it. Place it in the roasting pan, breast side up. Rub liberally with olive oil and these herbs and put it in the oven.”

I set the oven at 350 and concluded that, at 25 pounds, the bathtub would clearly be an easier place in which to “rinse well inside and out.” I put the turkey in the tub, reflecting all the while on how much more sense this would have made if, a few minutes earlier, I had simply showered us both.

I hastened back to the problem bird … and screwed the troublesome legs together with the deck screw.

The tub was the perfect place and the massage showerhead, fitting each cavity perfectly and set on “stimulating,” brought clarity to “rinse well inside and out.” I quickly discovered that paper towel, dissolving in pieces inside the bird, was not the thing with which to “dry thoroughly” but a hand towel, the one I’d used earlier shaving, worked perfectly.

Back in the kitchen I focused on stuffing until the bird was full enough that the little flap at the small end would not stay closed and the legs at the other would not stay together.

A tendon-like length of something fashioned into a loop protruded from the end of each drumstick. I concluded that this had been some sort of barbaric hobble visited on the unfortunate bird back at the aviary. I set about removing them, but a knife wouldn’t touch them.

While impressed with the sinewy resistance I was no less determined. Retrieving a pair of aviation snips from the cellar my eyes fell upon my orderly assortment of galvanized fasteners and there, in the person of a 3-inch deck screw and with a cordless drill, I perceived a solution to the vexing problem of keeping the bird’s legs together.

Buoyed by my resourcefulness, I hastened back to the problem bird, made short work of the tendons with the snips, and screwed the troublesome legs together with the deck screw.

Nestling the bird in the barely adequate roasting pan I covered it liberally with olive oil, lubricating every inch, every gentle fold, each appealing crease, every nook and, in particular, the crannies, and enjoying myself altogether too much. I rubbed in the aromatic packet of herbs she’d assembled and reviewed the instructions. “Breast side up” leapt out at me. I turned to look more carefully at the bird.

There was a time, I think not long ago, when an invitation to place a thing breast side up would have been one to which I’d have responded flawlessly, with enthusiasm, and with no small degree of confidence. I held its tiny wings out to the left and right and tried to imagine it high stepping around, upright, in the barnyard.

There only being two ways to have put it in the pan, other than by standing it on its head, whichever end that was, I knew there was at least as good a chance I had installed it breast side up as breast side down, but a 50/50 chance wasn’t good enough. The prospect of her opening the oven door and wondering aloud if I could not do anything right, perhaps even with a reference to breasts, perhaps with others by then in attendance, loomed large. It was a gamble. 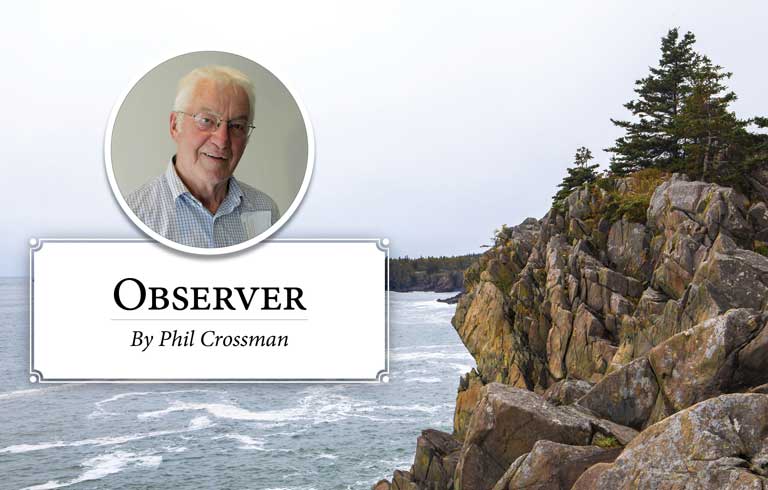