In a good year, Sugar Hill Farm harvests 50,000 to 80,000 pounds of cranberries. Not surprisingly, 2020 has not been a good year, even for Maine’s drop-in-the-bucket cranberry industry.

Too hot. Too cold. Too much rain. Too little rain. Such is farming.

“If we produced 15,000 pounds this year, it would be a miracle,” says John Alexander, who has been hand-wringing throughout 2020 over the  three cranberry bogs that he and spouse, Christine Alexander, are managing this year within Sugar Hills Farm’s 108-acre remote Washington County woodlot between Columbia Falls and Tibbetstown.

The week before Thanksgiving, Christine and John used to pack a small truck with berries and drive overnight to New York…

“These berries need to be totally dry before we can harvest them, and lately it’s been lots of rain,” Christine said in late October. “There was no rain when we needed it months ago.”

“We have an irrigation system, which we used in August when there was very little rain, and we’ve used it to protect the berries from frost,” John says. “This year was swamp water versus rainwater. Swamp water is swamp water. Rainwater has nutrients.”

John Alexander has spent most of his life managing and harvesting cranberry bogs. He started at age 16 in Massachusetts, the country’s second-largest producer of cranberries, after Wisconsin. Sugar Hill’s ill-fated 2020 crop is John’s 42nd year in the business, including the last 23 years Downeast.

Beyond 2020’s dismal weather, the wholesale cash market for fresh cranberries is way down.

“Nine years ago, when we harvested 200,000 pounds, we were able to get at least a dollar per pound,” John said. “It costs us 20 to 25 cents per pound to produce them, and this year a buyer at Wyman said we could expect maybe 30 cents a pound.” 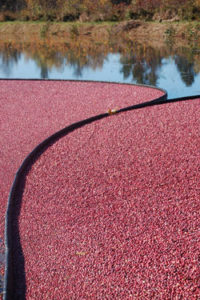 Ten years ago, there was a lucrative market for newly harvested cranberries, though not in Maine. The week before Thanksgiving, Christine and John used to pack a small truck with berries and drive overnight to New York City’s Fulton Market, located beneath the Brooklyn Bridge. There holiday shoppers would pay top dollar—as much as $4 a pound—for hard-to-find fresh, organic cranberries. Those days are over.

The couple once sold their fresh cranberries at the Fryeburg and Common Ground fairs and at other harvest events throughout Maine. Those days are over, too, at least during 2020, with COVID-19 concerns canceling them all.

John thinks he may have had enough. The Alexander’s cranberry ground has been for sale for the last year. “It’s been a terrible year,” John said of 2020. “I’m looking for an exit strategy, although I don’t think most people are up for this.” 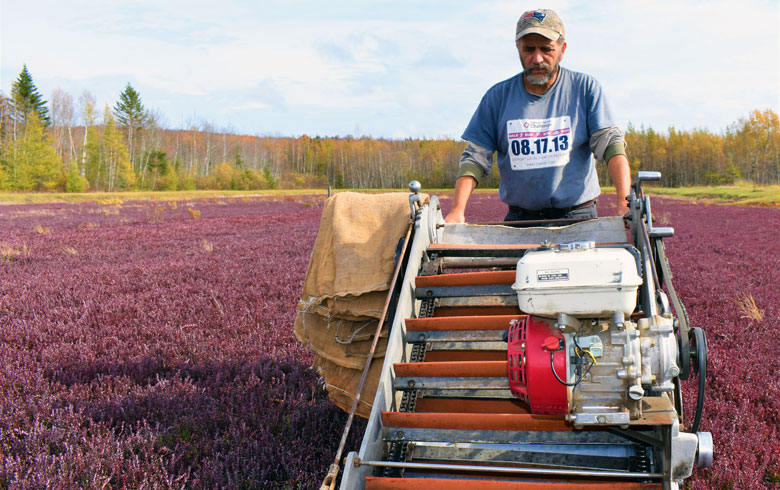 In growing seasons when water shortages are not an issue, many growers "wet harvest" their crops, filling bogs with water and gathering the submerged cranberries as they float to the surface after underwater raking. It requires less labor but more cost than "dry" harvesting, which involves equipment like this walk-behind rake that John and Christine Alexander used to harvest this fall's small crop. PHOTO: TOM WALSH