As the ash from California sequoias and Oregon redwoods created a haze on what should have been a sunny day, I began to wonder, could our forest burn? What is the risk to my and to my neighbors’ houses and to the deer, turkeys, and barred owls that live in the ecosystems within these acres and regularly leave their tracks through our yards? Could Maine one day face the same tragedies the West is facing?

Yes. It could happen here.

Wildfires can tell a story about the health of the forests and land. Spikes happen during periods of stress.

Maine has 17.6 million acres of forested land. In 1947 more than 220,000 acres burned on Mount Desert Island where 1,000 homes were lost. In 1977, 4,000 acres in Baxter State Park burned, and in 2007 a prescribed burn got out of hand and burned 800 acres near Columbia Falls. Nine other communities in the region battled smaller wildfires that weekend.

Maine has burned and we are at risk again.

Along the coast, we often talk about climate change in terms of nuisance flooding and rising ocean levels, but changing rain patterns, increased drought severity and frequency, rising temperatures, and a decrease in ecological diversity along with more invasive species stressing the forests can put us at greater risk for fire.

In September, a red flag warning was issued for southwest Maine, with Cumberland, York, Oxford, and Androscoggin counties facing critical fire weather conditions. With 50 percent of Maine in severe drought, according to the U.S. Drought Monitor, along with high winds forecast, the danger was real. In 2020, Maine has had 941 wildfires. There were 355 wildfires in 2019, according to maineforest.org. Wildfires can tell a story about the health of the forests and land. Spikes happen during periods of stress.

Wildfires in Maine have been increasing since 1903. The Forest Protection Division of the Maine Forest Service, forest rangers, and local fire departments work to deploy trained fire fighters to extinguish wildfires quickly, so the amount of land burned during these fires has decreased. Education is also a key part of reducing the impact of human set fires.

“We really try to emphasize people cleaning up around their houses,” said Jesse Thompson, assistant fire chief for the town of Union. When called to investigate smoke, the department tries to educate homeowners on how to reduce risk.

“Water doesn’t burn,” Thompson notes, “so we encourage people to burn brush during the winter when there is snow on the ground.”

In the fall and spring, when risk is greater, the department limits permits to evening hours, because as a volunteer fire department many of the firefighters work out of town.

The Forest Service sends information to local departments, and while the predicted fire-class day is set by conditions in each of the state’s 12 zones, individual departments can adjust it to fit local conditions.

“We get about ten calls a year for grass and brush fires,” Thompson said. The number of calls hasn’t changed much in the last few years, but fires are growing bigger and faster than before. “When we issue a burn permit, we tell them if they think they are starting to lose control, to call earlier rather than later so we can get ahead of it.”

On the wildfire occurrence map published by the Maine Forest Service, wildfire causes are mapped by small colored dots. In Northern Maine, equipment use, powerlines, lightning strikes, and campfires are the prevalent causes. In the southern counties, arson, debris, fireworks, smoking, and structure fires are the culprits, supporting Thompson’s assertion on the importance of education. It’s easy to fight fires that never start.

As rainfall patterns, weather, and forest ecology all change with our changing climate, we need to be aware of what is happening in our back yards and how our risk is changing. 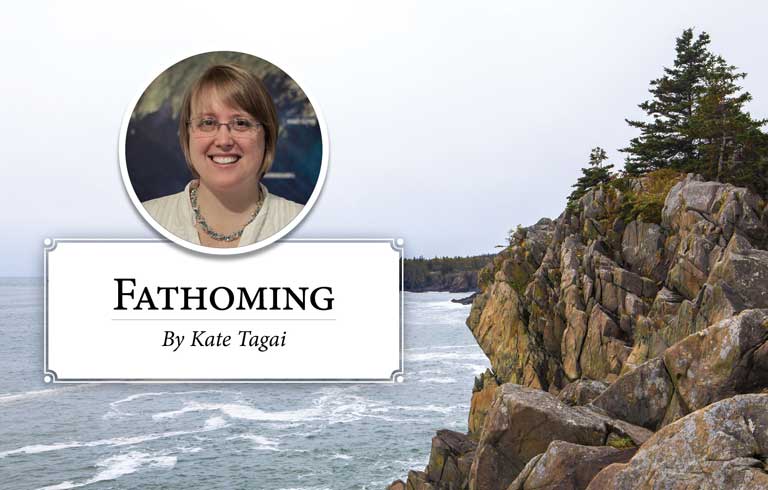