In the fall of 2019, lobster fishermen off the coast of Cape Cod pulled up traps and discovered a ghastly find—dead lobsters. An invisible force had snuffed the life of the crustaceans while still in their traps, along with the life of any other marine life unlucky enough to be stuck there.

Fishermen alerted Massachusetts researchers, who discovered that the lobsters died from hypoxia, or lack of oxygen. The researchers looked at past data to see if this phenomenon had happened before, but found the mortality event appeared to be unique. A similar event had been recorded in the Gulf of Mexico, said Tracy Pugh, a Massachusetts Division of Marine Fisheries senior marine fisheries biologist.

“Once we started digging in the literature last year, we did find that … Cape Cod Bay does experience a seasonal decline in oxygen in the late summer and early fall,” said Pugh. “The severity of it is new.”

In September, researchers launched a two-year study to learn what might trigger such a critically low oxygen event in the bay and, possibly, how to detect such an event in time for harvesters to move traps out of harm’s way.

Typically, the deeper the water, the less dissolved oxygen there is available in the environment. Usually, wind and waves churn the waters enough to mix in oxygen from the surface to allow bottom-dwelling marine life to survive.

“The oxygen is getting used up on the bottom.”

An unusually warm summer in 2019, however, upset that process, causing stratification, or a more intense layering of water temperature and oxygen.

“You have really, really warm surface waters, and cooler bottom waters. And those two, they’re not mixing,” Pugh said. “Everything on the bottom is using oxygen, so the oxygen is getting used up on the bottom.”

The study builds on efforts already underway by researchers and harvesters to chronicle oxygen levels in the bay. This year, the Massachusetts Lobstermen’s Association and The Lobster Foundation of Massachusetts paid to provide five lobster boats with oxygen sensors to attach to traps. When lobster fishers pull up the traps, the sensors transmit readings to a device on the boats, which then uploads the readings to a central server.

In addition, researchers have been using more sophisticated sensors to record temperatures at multiple depths of the bay.

The goal, said Pugh, is to try to diagnose what conditions may trigger another dangerously low oxygen event and, if possible, to alert fishers and other stakeholders that the conditions may be right for hypoxia in the depths of the bay. It could become a basic early warning system for stakeholders.

“We’re trying to figure out, based on the information we have, which fork in the road we’re going to take,” Pugh said.

This season, armed with the sensors, Massachusetts lobster fishers reported only one or two cases of finding dead lobsters in traps, she said. Whether that was because the fishers used the data to pull their traps or because conditions were different this year, it is too early to say.

The study is projected to be completed in the summer of 2022. 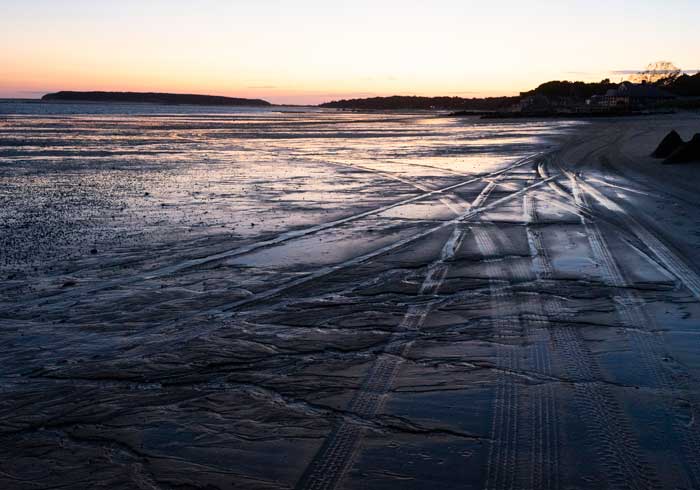