A new assessment of climate change and its effects on the state provides concrete numbers that confirm what many here already sense—Maine is warming.

The average temperature is 3.2 degrees Fahrenheit warmer than in 1895; the Gulf of Maine is 2.9 degrees warmer. The weather has become more extreme and variable. More rain falls more often, causing more flooding, washing pollutants into streams and rivers, threatening to undo great gains in water quality over the last few decades.

Storms pummel the coast, and even a monthly high tide can cause flooding, because the sea is rising. Meanwhile, droughts are made worse by warmer temperatures.

The 370-page assessment, released in September, represents the work of the Scientific and Technical Subcommittee of the Maine Climate Council. The 34 authors and numerous contributors, led by Ivan Fernandez of the University of Maine, Robert Marvinney of the Maine Geological Survey, and Cassaundra Rose of the Governor’s Office of Policy Innovation and the Future, began work a year ago.

“There was a lot that had to happen and it had to happen fast,” said Fernandez. As a result, the assessment is more summary than synthesis. The different sections, each with its own highlights and references, vary in tone and level of detail. Still, it is the first comprehensive assessment since the 2009 Maine’s Climate Future report from the University of Maine.

“We know a lot more than we did in 2009,” said Fernandez, who also co-authored the 2009 report and subsequent updates in 2015 and 2020. “Everything has accelerated and intensified. The timeline has gotten shorter. In 2009, we were talking about change at the end of the century. Now we’re talking about ten years left to change the world.”

Fernandez noted that people today are more mindful of the need for adaptation and related science. Concerns about biodiversity, pathogens, pests, and invasive species are greater now, too.

In a few cases, the subcommittee did present new analyses, including an estimate of how much of Maine’s carbon emissions are sequestered by the state’s forests (more than 60 percent), and specific projections for future sea level rise.

Combined with storm surge, sea level rise could lead to the loss of about 22,000 jobs and building damage of $17.5 billion by 2050, according to a separate report prepared for the Maine Climate Council by Eastern Research Group and Synapse Energy Economics. Additional costs due to lost ecosystem services to society as a result of sea level rise total nearly $2 billion.

The NERACOOS buoys in the Gulf of Maine are 20 years old. Floodplain maps for most of Maine’s rivers are out of date. Intertidal zone maps are based on 50-year-old, low-resolution data. Maine historically had three pollen-counting stations; today there are none. “Best management practices” for protecting water quality in lakes and streams were established 30 to 50 years ago.

Beyond calling for expanded, improved, or new monitoring, in only a few areas of the report does the subcommittee suggest action. The biodiversity chapter, for example, recommends protecting a network of diverse and connected lands and waters to ensure survival of plants and animals, many of which are at the southern or northern limit of their ranges in Maine and the Gulf of Maine.

The assessment is meant to inform the entire process of the Maine Climate Council, said Hannah Pingree, director of the Governor’s Office of Policy Innovation and the Future. That includes six working groups, whose recommendations, informed by the scientific assessment and hundreds of people across the state, will become a Climate Action Plan delivered to the legislature and Gov. Janet Mills on Dec. 1.

“It’s a really solid compilation of the overwhelming current and future impact that climate change is going to have in Maine,” said Pingree of the assessment. “And it’s a compelling case for action.”

Action may take the form of legislative bills, requests to the federal government, or rule changes by state agencies, said Pingree. Despite the ambition of the Maine Climate Council, the state’s economic situation—when even resources for essential human needs are lacking—presents a challenge to addressing all of the needs identified in the assessment. “We are committed to working with the Scientific and Technical Subcommittee to prioritize monitoring needs, but at the same time we need to take action, fund mitigation, and do things to reduce our impact on the climate,” said Pingree. 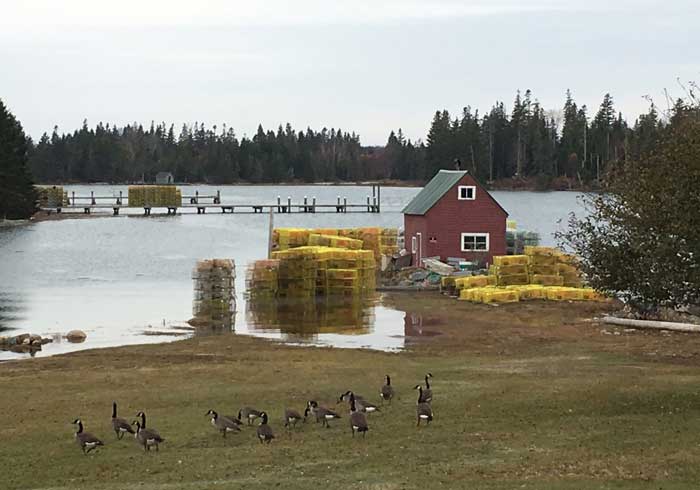