It’s been nearly 40 years since Eastport’s then new, deepwater-import/export terminal opened for business.

In 1981, the cargo vessel MV Ravenswood set out from Downeast Maine to Montrose, Scotland, loaded with kraft wood pulp from what was then the Georgia-Pacific mill just off Route 1 in the Washington County community of Baileyville.

“It was the Year of Pulp,” Gardner said. “There was nothing coming in, so for 2019 we were strictly an export port. In terms of wood pulp exports, it’s been a stable business.”

In past years, exports from Eastport also have included logs, rolled paper, wind turbine blades, and pregnant cattle headed to farmers in Turkey, a venture scuttled by the recent political and economic chaos in that country and the volatile regions that surround it.

All 2019 export shipments involved pulp wood sourced from Baileyville for shipment by Woodland Pulp/St. Croix Tissue—the corporate successor to Georgia-Pacific—to ports in northern Europe and Far East ports in China, Japan, and Korea. Exactly which countries within those regions the wood pulp cargo was offloaded is an unknown, even by Woodland Pulp.

“Basically, the customer arranges for the vessels, and we supply the wood pulp to Eastport,” said Andrew Then, Woodland’s head of sales. “We’re not involved beyond that point.”

For many of the end-users, he said, the pulp is the basic raw material for manufacturing facial and bathroom tissues.

“We’re projecting some growth in sales for 2020, but it’s hard to say.” The tariff situation, he said, remains something of a moving target. “We’ll have to wait and see.”

Meanwhile, the Eastport Port Authority markets itself as “the deepest natural seaport in the continental United States.” There is one deeper port, in Alaska, but it’s thousands of miles from customers just over the North Atlantic horizon.

Known for its massive tides, the Gulf of Maine’s Bay of Fundy still provides the Port of Eastport with 55 feet of water depth, even during astronomical low tides. The port’s 635-foot pier accommodates cargo vessels as lengthy as 1,000 feet. The 75-acre complex now includes five warehouses with 33,000 square feet of storage of cargo, be it cargo that is coming or going.

The Port Authority has invested $12 million to design and build an automated bulk import/export conveyor system. In the global cargo vessel shipping world, there is nothing like it on America’s East Coast north of Morehead City in North Carolina. Not in Boston. Not in New York. Not in Portland.

The Port Authority also has been actively wooing cruise ship dockings. Eastport’s city-center breakwater dock is ideal for smaller ships, with passenger loads of 400, not 4,000. The Authority recently acquired a tour bus to bring those disembarking to local attractions, including the nearby Roosevelt Campobello International Park, once the site of Eleanor and Franklin D. Roosevelt’s summer home. 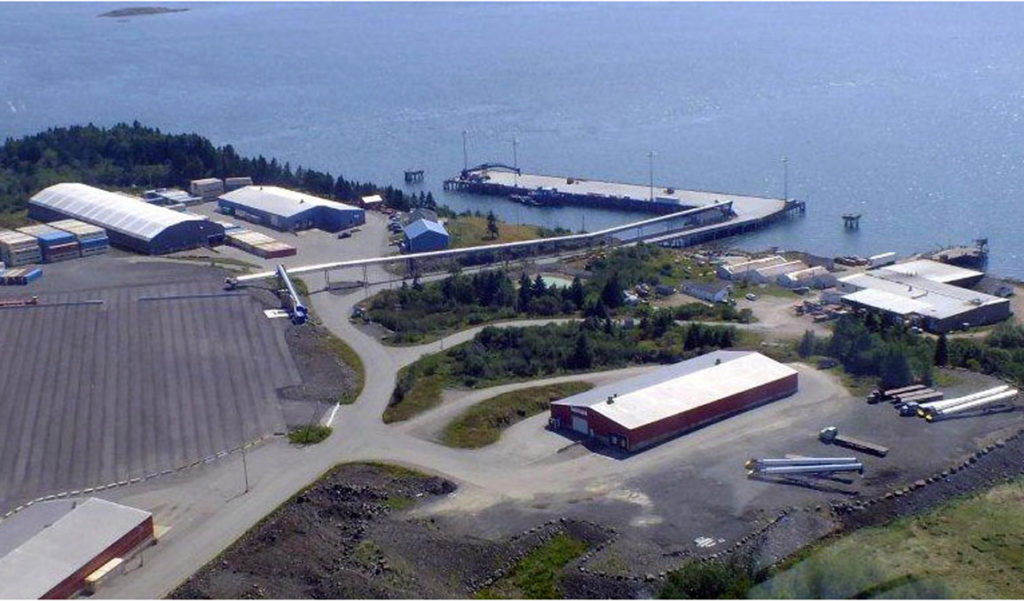 Eastport celebrates the Fourth of July.