“Can one man have been a United States Marine Corps honor guard at the White House, a photographer, a producer, a playwright, wait—a short-order cook, an editor at Reader’s Digest, a teacher, wait—a designer of stage sets, a weaver—oh yes, buried in there, a painter.”

Thus did acclaimed playwright John Guare express his wonder at the multiple lives of John Wulp in his introduction to the 2003 monograph on his friend’s art. To that impressive list one can now add poet: in his 80s, the acclaimed producer of the plays Islands and Dracula who makes his home on Vinalhaven is writing up a storm.

Wulp describes his collection Cormorant Time as a “madman’s journal” and it reads like that: near-daily musings, each one dated, on life past, present and to come. The mad part of it comes out in the driven nature of the verse, with mortality hovering over many of the poems.

The poetry is mad, too, if one considers Wulp’s venting. He shares frank appraisals of a range of acquaintances. There is the bitter remembrance of the death-bed pronouncement of his father about his mother (“I hate her”) and the trauma that caused him. And there is his anger toward “Willa K.” who painted over the background of his portrait of her. The original painting is reproduced opposite the poem, one of a number such pairings in the book.

Wulp revisits his life, from time in a Marine boot camp on Parris Island, S.C., to dealing with his homosexuality; from lovers and heartaches to life in the theater. There are cameos by Edward Gorey, Walt Whitman and Robert Indiana and references to islanders, among them Barney H., Phil C., Roseanne B., and Cindy B., who is now Cidny B. (in the poem “Transgender”). Wulp’s dog Jude also makes several appearances, as muse and counsel.

The voice in these poems brings to mind poets Frank O’Hara and James Schuyler, masters at transforming daily goings-on into engaging verse. When Village Soup reporter Dagney Ernest asked Wulp to characterize the style of his poetry on the occasion of a benefit reading for Vinalhaven’s medical center, Waterman’s Community Center on North Haven and Vinalhaven Eldercare last summer, he replied, “It’s my own kind,” adding, “I want to write poetry in a language everyone can understand, real vernacular.”

Wulp can be funny too. “Your secret’s safe/With nearly everyone you know,” goes the tongue-in-cheek ending of the poem “If You Write a Book.” Especially entertaining are three poems about problems with the telephone and a sequence in which he sets out to write a sonnet, with mixed results.

The book comes with a video recording of Wulp reading eleven of the poems. Dressed in a blue blazer and bow tie, seated at a round table with a large sheaf in front of him, the poet has a bit of Hitchcock’s sonority mixed with a slight rasp that adds a certain poignancy to his lines.

For the final piece, the extraordinary poem “88,” Wulp changes into a Tom Wolfe-ish outfit and reads from a picnic table among the gnarled apple trees of his island apple orchard. “Why do poets always have meadows/A copse of wood nearby” the poet asks and then describes his own “old, ruined orchard.” Like his gnarled companions, Wulp is old and twisted too, but the trees also “know things/About living and dying/And coming to life again” that he will never know. The final couplet is a beauty: “I’ve just started school/And already the bell has rung.”

NPR reporter Ina Jaffe did a story in late February on the benefits of writing poems for the elderly: “Can Poetry Keep You Young? Science Is Still Out, But The Heart Says Yes.” One suspects Wulp would have made a good case study. The writing of verse seems to be a tonic to this “philanthropist with words.”

You can learn more about Wulp at www.johnwulp.com. He also posts his poems on Facebook at John Wulp’s Bingo-Bango Orchestra.

Carl Little will be reading poems at the Portland Museum of Art on April 14 and at the 15th anniversary of POETS/SPEAK! in Bangor on April 27.

Each day it eats

A part of me

The very heart and soul of me

And yet I feel

Than I’ve ever felt before 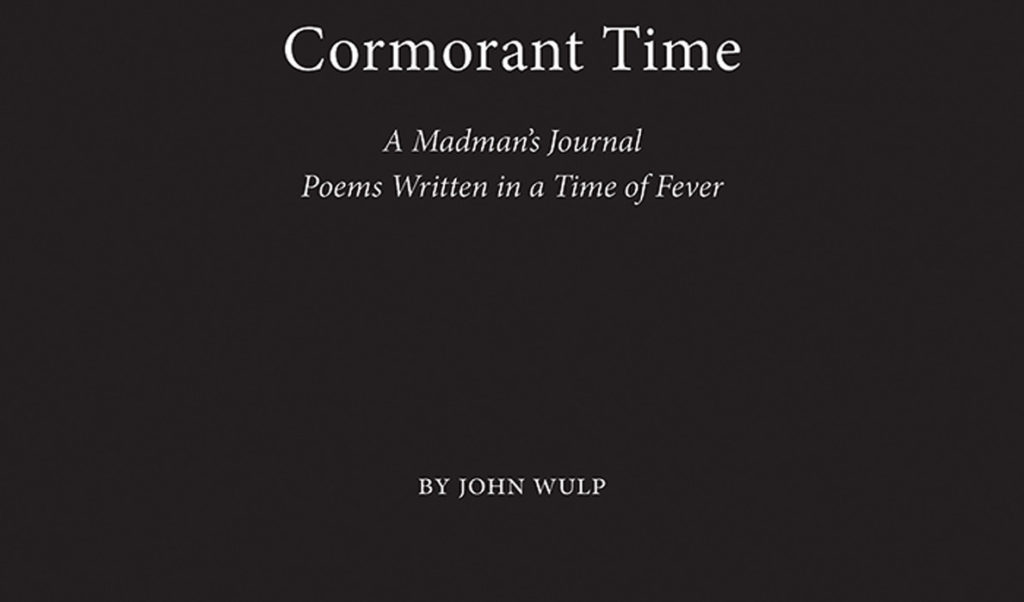