Just about once a year, often in the fall, Martha Ballard, the midwife who lived in Augusta in the late 1700s and early 1800s, cleaned her “sellar.” I do, too, usually this time of year before I haul down there the last of potatoes gathered up, the apples and other root vegetables. At least once she observed that it was “very dirty.”

Mine is no paragon of order and while I wouldn’t say it was dirty exactly, it does accumulate cobwebs, piles of this and that, and occasionally something outlasts its storage capabilities in a storage bucket and turns into anonymous muck.

I’ll bet anything that Martha’s cellar had a dirt floor like mine, and stone walls. It took a few years of living in her house for Martha to report that her husband built stairs leading into it which might mean the only access for a long while was through an outside hatch door or through an indoor hatch and down a ladder. Imagine clutching an apron full of potatoes or apples with one hand while clinging to a ladder rung with the other.

I’ve had good stairs for my whole occupancy, thank goodness, and can rattle up and down with a basket or pan holding carrots, potatoes, beets, apples or solid slabs of frozen something-or-other out of the freezer, a modern luxury for sure.

Martha kept candles, soap, apples, pork and pickles in her cellar and probably other things she doesn’t mention. Besides food in our cellar, we keep paint, caulk, wood glue and other substances we don’t want to let freeze, as well as those other miracles of modern living—a washer, dryer and hot water heater.

Fortunately, the cellar here has never been turned into a junk room, nor seen a den carved out of a corner, or suffered a furnace. It is good for storing vegetables and didn’t need any enhancement to do it except for some pallets and a hanging shelf, one of which Martha Ballard had, probably for the same reason I do: rodents don’t seem to shimmy down strings to get to cabbages, for instance, which store very well wrapped in newspaper and set upon the shelf which I fashioned out of an old window screen so it would not collect moisture.

The rocks that make my foundation are lovely, gray, rounded granite, and are comfortingly sturdy in a chilly kind of way. They frost up when the weather turns frigid. I like the way the dirt floor exudes just enough moisture to keep potatoes, beets and carrots from drying out, but not so much that they rot. It smells earthy and fine down there.

Lots of old houses like mine have fine cellars if their owners would take them back from rot and ruination. Keeping them well drained is the trick, usually.

Once, Martha writes in her journal about having to clear a cellar drain, and mentions using some winter house banking to fill in a wet spot in the cellar. Until we installed a sump pump, we would have a seasonal fish pond down there until the frost went out of the ground. I’d put my boots on to get to the washer, but that is not a problem anymore.

This fall, I’ll sweep the cellar floor to get up debris from a sill replacement project, sort through the paint collection to see which can be discarded, make sure the spackle buckets in which I store root vegetables are empty and clean and ready for a new crop. I hang them by their handles from nails overhead in the floor joists, another rodent prevention gambit. It is time for a couple new pallets which eventually do rot and which support a wine rack and a few more screen covered buckets.

Then comes “housekeeping,” which around here includes keeping the cellar monitored so that the rotten potato or apple in the bucket doesn’t spoil the whole thing which is most assuredly what it will do if not attended to. It is work of the pay-attention kind and it is something I learned the hard way to do, by losing food I’d gone to a lot of trouble to grow.

If I’d paid attention to Martha’s diary, I would have done down “sellar” and inspected my apples, as she records doing in January.

The cellar is my grocery store where I can shop every day, 24/7 as they say. What would I do without it?

Sandy Oliver is a food historian who writes, cooks and lives on Islesboro. 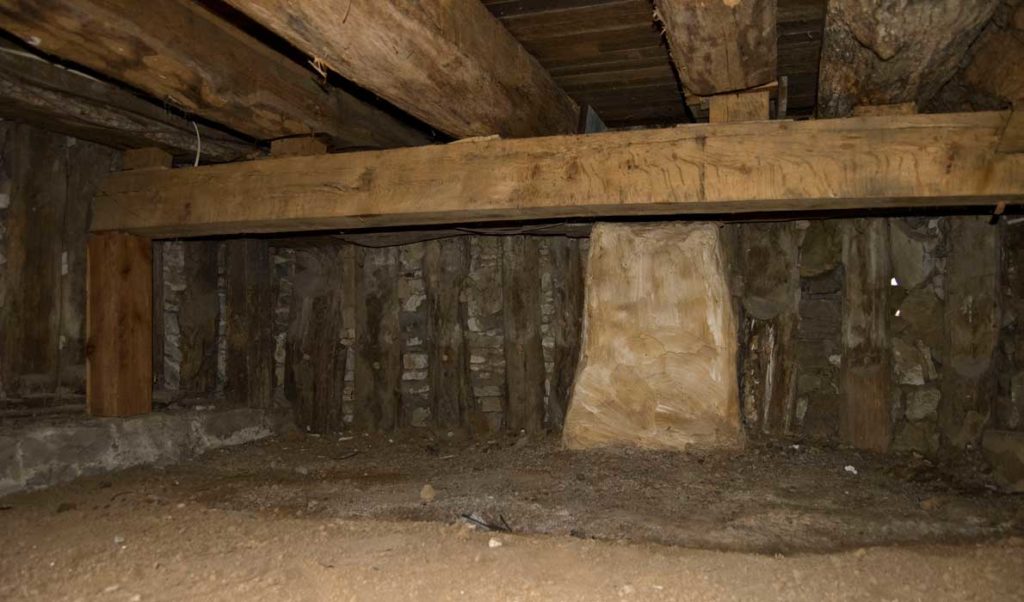