Lobster landings and the value of the catch both decreased in 2017, but Department of Marine Resources officials say the fishery remains strong.

For context, just ten years ago, in 2007, Maine fishermen landed 64 million pounds at a total value of $280 million.

Despite the dip, DMR Commissioner Patrick Keliher said he remained confident about the strength of the fishery. But since 2012, he has focused on “being ready for a decline,” he told an audience of fishermen at the annual Maine Fishermen’s Forum in Rockport on March 3.

“I’m not panicked about this natural variation,” he said, given that the landings were the sixth highest of the last seven years, but he is concerned about the nearly $100 million loss in the coastal economy.

One significant detail of the landings data confirms what fishermen and scientists have been saying—the species is being found in greater abundance north and east. A map presented at the forum showed that in lobster zone A, which runs from Schoodic Point to Calais, 24.6 million pounds of lobster were landed, making up 22 percent of the total catch. Zone G, the southern-most zone, from the New Hampshire border to Portland, saw just 4.1 million pounds landed, 3.7 percent of the total.

At another session at the forum, a 2016 study of the industry completed by Colby College’s Michael Donihue described the lobster fishery’s $1 billion economic impact on the coast. The ancillary businesses, such as dealers who purchase from lobster coops, are often unseen, said Annie Tselikis of the Maine Lobster Dealers Association. In 2016, there were 300 licensed lobster dealers.

“These businesses are really hidden in warehouses,” she said. Donihue added that the sorting and packing work often hires “people that no one else will employ.”

In all, the study concluded that the annual contribution to the state’s economy was $1 billion, supporting 4,000 jobs.

“It’s the first time we’ve gotten a good sense of the impact of this industry on the Maine economy,” Donihue said.

The full report is available at Colby.edu/lobsters2dollars. 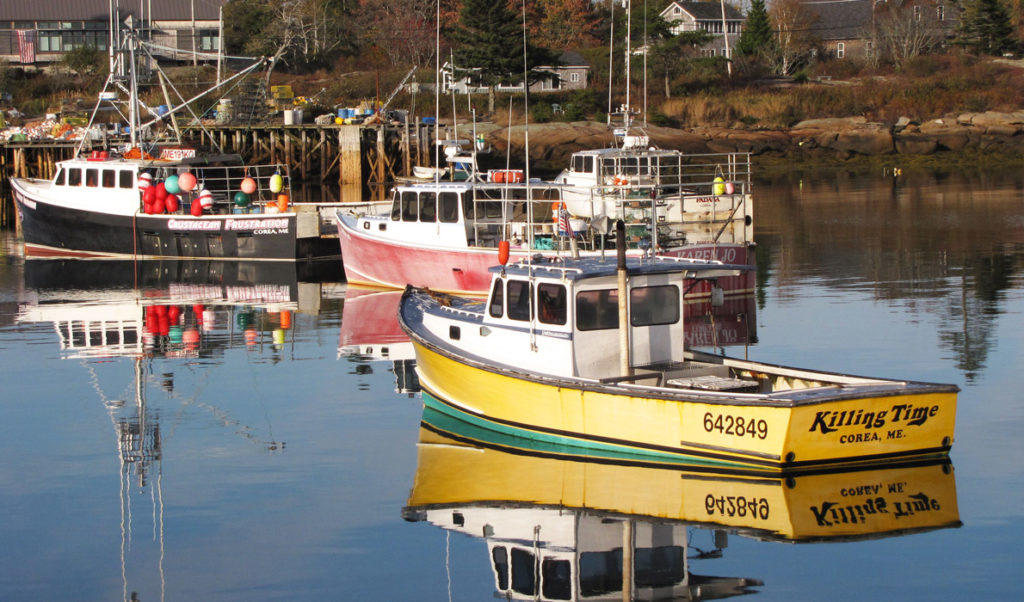