As May began with limited sunshine and two weeks of showers in the forecast, I said to Bruce, “Remember that one year when we had 23 days of rain in May?” He reminded me it was the year we built our house.

“We were so lucky to get the whole house closed in before the rain started,” he said. Thirty-eight years ago, Henry Grandgent and Harvey Bunker started putting the walls up on our capped foundation on April 15. I remember the date because it was tax day, and because I was there, hammer in hand, ready to help.

Bruce and I helped a lot with building our house, and while I remembered the very wet month, I had forgotten how quick the initial progress was. As Elmer Hadlock told Bruce at the time, “I’ve never seen a house go up that fast.” It was a magical two weeks in April, uninterrupted by anyone else’s needs. The speed of our builders was enhanced by our own ability to pound nails.

A few weeks ago, at the end of April, Bruce yelled upstairs to my studio that he had to shut the power off. The frantic tone in his voice was inspired by the fact that one of our pipes had sprung a leak and there was water dripping down through our circuit breakers in the basement. It was 5 p.m. and yet, just by chance, Bruce’s brother Paul had decided to spend the night on the island so he could get some late work done in one of the houses where he is a caretaker.

While Bruce removed sections of wall behind our washing machine, I tried unsuccessfully to reach Paul on his cell phone. With a quick call to my mother-in-law, I found out where he was working and Bruce went to see if Paul could help us with our emergency. How reassuring to hear his laughter outside our house five minutes later. He was obviously undaunted by something we didn’t know how to fix ourselves, but needed quick fixing if we were to have the power and water back on that night.

Two hours later, Bruce and I were eating dinner and I wondered if we could have had such a quick crisis resolution if we lived on the mainland. I really doubt it. If Paul hadn’t been here we would have asked another caretaker for help with our emergency and I know they would have come to our aid just as quickly.
The caretakers and contractors on our islands are some of the busiest people around as Memorial Day approaches. It never used to be so busy, but in the last 10 or 15 years, Memorial Day weekend has become what Joy Sprague refers to as “the dress rehearsal  for summer.”

People show up expecting their houses to be summer-ready even though they might not get back to the islands again until the beginning of July. Lest anyone show up for the busy weekend with an “attitude” over work not being finished in the time intended, I would caution you to relax a bit and remember that sometimes it’s hard for people to finish a job when they are willing to drop everything and respond to an emergency. Chances are excellent that the same people you tsk-tsk over not painting your porch would be there to calm a true calamity within the hour. It’s a wonder that anything gets finished on time when you consider that most of our caretakers are also the people who are trained to be first responders for fire or medical emergencies.

I think most of us who live in the Cranberry Isles feel the extra pressure of Memorial Day approaching, whether we work to clean and open houses or work on boats, whether we paint or put in gardens, whether we are artists or craftspeople. The holiday is a reminder that summer is on its way, ready or not. Let’s embrace the busy weekend with realistic expectations, remembering that many of us accomplish a whole lot of work during June’s semi-quiet days, emergencies and weather permitting. 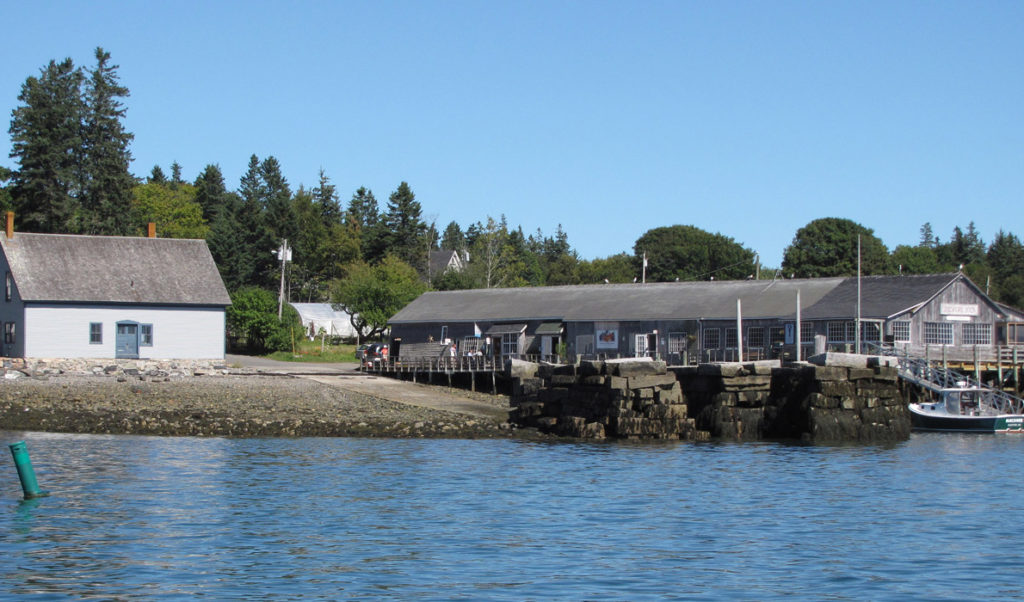