The Last Lobster: Boom or Bust for Maine’s Greatest Fishery?

My review copy of The Last Lobster included some pages of promotional information provided by the publisher; one titled “Key Ideas from The Last Lobster” presented succinct bullet points. Here, on one page!

My shock came with feeling I’d missed a lot of that information, even after plodding my way through the book. I wasn’t even sure my take-away matched the stated goal,described as exploring “the life of Maine lobstermen at a crucial time … They are among the first Americans to encounter the dire effects of warming waters. (Author Christopher White) offers a character portrait of commercial fishermen in distress, yet ennobled by their plight.” 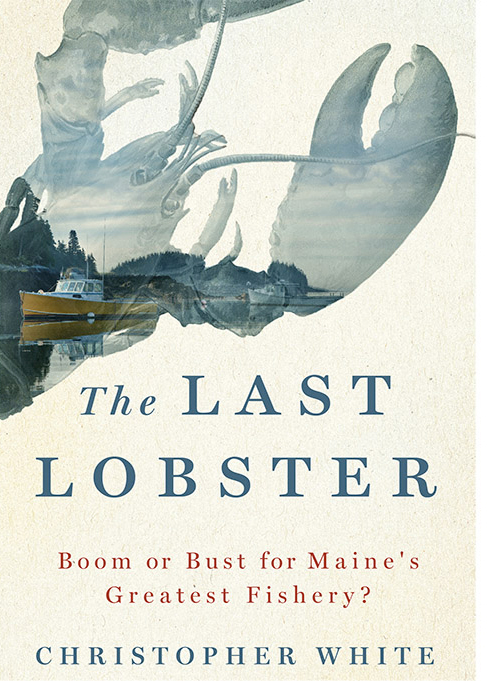 White had written about a fishery before, oystering in the Chesapeake Bay, endangered by overfishing. Ashe turned his attention to lobsters in 2014, he decided to live in a community on the Maine coast, looking for “an idyllic village… not in any tourist guide.”

He chose Stonington, “the most authentic lobster port” located adjacent to the area’s most dense lobster stocks at that time. He had questionshe’d askscientists, lobstermen, and resource managers toexplain: “What caused the lobsterboom? What are its challenges? How long can the bonanza last?”

He spoke with captains and crews on three boats he went hauling with over the year, and interviewed many experts. The result is a book rich with data but also dense and slow-going, and I found that sometimes the facts became a distraction or barrier to relating to the story in human terms. Wasn’t this book, according to the publicity, “a character portrait”?

And in the four years between White’s research and publication, some things changed.  Yes, lobster catches continued to “boom.”But lobsters are migrating about4.3 miles northeast each year, headed towards Canada. The Gulf of Maine is warming faster than the rest of the world’s seas and lobsters like it cool, 53-64 degrees F. Besides the steadycreep of climate change, game-changingtariffswere adopted.

White describes how lobster in 2014 was increasingly going to markets overseas, with China a major buyer. But in July 2018, China imposed a 25 percent tariff on U.S. lobster in response to tariffs President Donald Trump imposed on Chinese products. Canada stepped into the role of supplier, benefiting as well bfrom a free trade agreement with South Korea, and a trade deal between Canada and the European Union that eliminated a tariff imposed by the EU on Canadian lobster. Trade talks underway this spring between the U.S. and China might provide more access to markets.

Another impactful change as the 2019 season gets underway is a steep cut to the herring fishery imposed by federal regulators. Back in 2014, herring caught for lobster bait amounted to 200 million pounds. This year, the catch will be limited to less than one-fifth that total, due to what NOAA says are a below-average number of young herring surviving in the ocean. Climate change is a prime suspect. Other bait options will need to meet Maine Department of Marine Resources protocol to protect the health of lobster and their habitat from possible pathogens.

I appreciated White’s in-depth, comprehensive research, but he may have tried to describe too much. Ironically, he had great inspiration around him; lobstermen and women are famously succinct in conveying information.And they can be downright poetic. Take this lyric from a song by Frank Gotwals, one of his boat captains, performed with his local band, Archipelago. It captures the future’s uncertainty:

The captain tells me stories with a proud but thoughtful look

And the fog keeps getting thicker on this unfamiliar sea.

The resources, the harvesting, and the markets are changing—it has indeed become an “unfamiliar sea.” And tough to become expert on this changing environment, as White might agree. 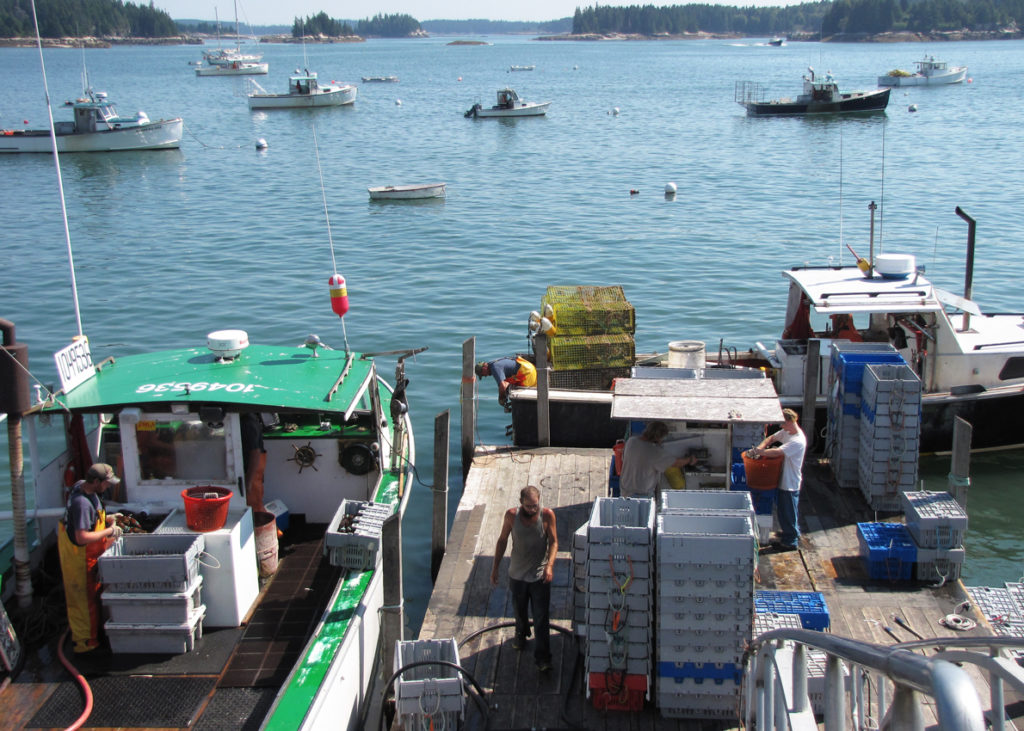 One of Stonington's lobster coops.