Another Maine island community moved to secure a high-speed internet future when Cranberry Isles voters supported a plan to borrow up to $1.2 million to establish a broadband network at their March 11 annual town meeting.

The vote paves the way for the town to contract with the internet provider Axiom Technologies to build and operate the broadband network. The network will provide minimum download speeds of 25 mbps and upload speeds of 5 mbps, and up to 100 mbps download/20 mpbs upload. Rates will vary with the available speeds.

Malcolm Fernald, a town selectman who headed up a task force that studied the feasibility of bringing broadband to the islands, expects the contract with Axiom to be signed sometime in April.

The Cranberry Isles broadband network will serve three of the municipality’s five islands: Great Cranberry Island, Islesford (Little Cranberry Island) and Sutton Island. The system is described as a hybrid, with fiber optic lines being buried on Great Cranberry and Islesford, and a microwave link to the mainland. Sutton, with about a dozen seasonal residences, will be linked from the year-round islands via a wireless system.

Users on the Cranberry Isles will see fees of $40 to $80 per month, according to a fact sheet provided to residents.

The project is slated to cost over $1.2 million, but the impact on property taxes is expected to be smaller. Axiom will pay for up to 15 percent of capital costs, and grants are available through federal and state sources. As much as 85 percent of the town’s costs could be reimbursed by grants, proponents of the project said.

The town also hopes to land private donations, which are tax deductible.

Fernald said the town has not yet decided how it would finance the construction of the network.

“We’re still looking at options,” he said, but probably using a bond or a line of credit with local banks.

The move to build a town-owned network was lent a degree of urgency when Islesford learned it would lose its already slow and unreliable internet provider, RedZone, in October of this year.

Increasingly, remote communities are understanding access to broadband internet as essential to their economic vitality.

“We know that our survival as a year-round community depends not only on maintaining, but increasing our population,” the town task force working on the broadband initiative argued in a letter to residents. “Doing this depends on many factors, such as … reliable services. One of the services people have come to expect is broadband.”

The committee argued that having access to broadband is not a luxury, but rather essential to children and adults in their educational pursuits, to telecommuters working from their island seasonal or year-round homes, and to island-based small businesses, town government, health care, and fire and rescue services.

“Our geographic remoteness does not mean we need broadband less than do our mainland neighbors,” the letter continued. “We need it more, simply because we have reached a point at which people cannot live in this beautiful, remote location without it.”

Fernald was pleased with the vote.

“I’m glad the way the vote went,” he said. “It showed an overwhelming community support.”

The Island Institute, publisher of The Working Waterfront, provided the Cranberry Isles with a $10,000 grant (originating from the Eaton Foundation) which covered network design and consulting services for a town grant application.

The Institute began working with the Cranberry Isles in 2015 after an island broadband feasibility study revealed the town had very slow and unreliable internet options, said Briana Warner, the Institute’s director of economic development.

“On the Cranberry Isles, and on other islands, we heard that the lack of high-speed broadband is a serious concern for island sustainability,” she said. The Institute created a community broadband program to help communities work toward solutions best suited to their communities.

Warner praised the Cranberry Isles task force, describing members as “people who have an eye toward increasing opportunities for teleworking, education, telehealth, aging-in-place, and attracting and retaining families on the island.”

The hybrid nature of the plan, using both wireless and fiber, kept the project cost down while allowing the community to build infrastructure “that could absorb infinitely higher speeds as needed in the coming years,” she added. 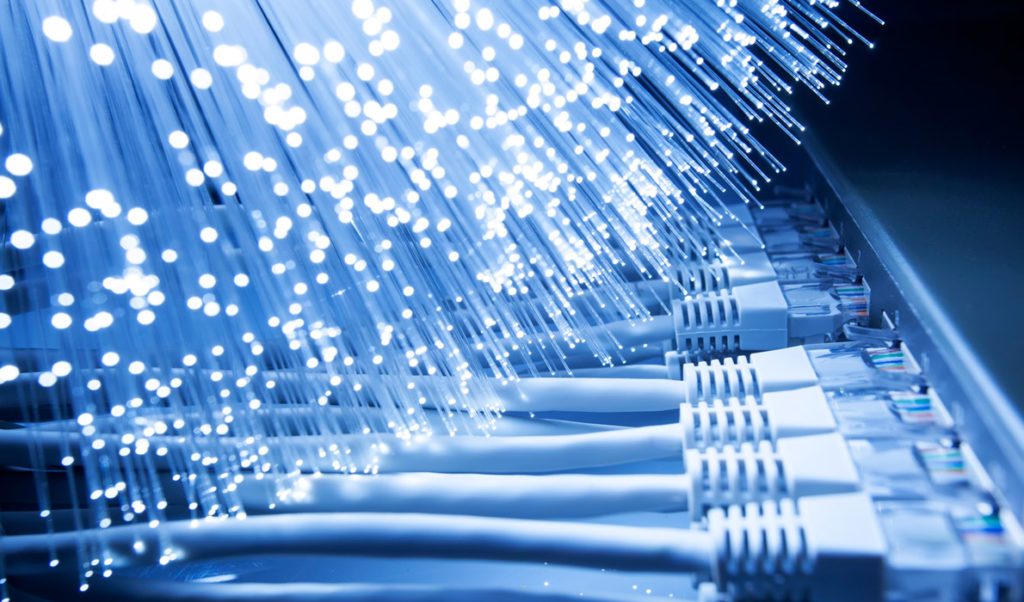