All of that adds to a greater understanding of fishermen’s lives and of the resource itself. Those are important and enticing considerations when considering the hidden nature of the industry—the creature in the briny deep, the person far offshore, subject to perils of wind and wave.

Barbara Lawrence’s new novel, The Other Island: Ben’s Story, is a great enhancement of that understanding. It’s a love story, for sure. Maine islander, fisherman, and marine biologist Ben Bunker fell in love with summer visitor Becky Granger when both were young teens—a story told in Lawrence’s earlier novel, Islands of Time.

Lawrence uses the sequel, though, as a way to illuminate what goes on in the industry and how it’s shaking out in a changing regulatory and climate environment.

Lawrence didn’t plan on writing a sequel, but felt inspired to do so as she began to learn more about the devastation of groundfish stocks in the Gulf of Maine. Ben’s voice, she said, would be a great way to fictionalize the situation in an educational way.

The setting is based on Mount Desert Island and the Cranberry Isles. Lawrence first began spending summers on MDI as a child, right after the Great Fire of 1947.

“I remember being driven down the road and not understanding why one side of the road was beautiful, green, lush birches and pointed firs, and the other side was seared and scarred by the fire,” she said. “It was the summer right after the fire. I used to dream as a child about what happened to my island. So it was a love affair very quickly.”

She moved to MDI in 1979 and lived there year-round until 1995. Her career has spanned teaching at levels from middle school through graduate school, education research, policy analysis at the Annenberg Rural School and Community Trust, and running a real estate and construction company in Maine. She’s written books and articles for foundations, government agencies, and academic journals about culture and education, education of the gifted, issues relating to school facilities, and ways in which schools and communities can work together.

Several strands informed the book’s trajectory. During her time in Maine, she said, she came to feel that communities were divided into social islands, much as MDI and the Cranberries are physical islands.

“One woman I interviewed, a local, told me that when she was young, her mother told her that when they saw a summer person coming, they had to step off the sidewalk in Northeast Harbor. That was the reality,” she said.

That divide, she said, inspired her two main characters, Becky and Ben. Also an inspiration was a man named Capt. Bunker, whom she met as a child.

“I didn’t know him well at all, but I loved him,” she said. “I never met anyone who didn’t love this man. So I decided to make my hero the grandson of Capt. Bunker.”

And then she met a cab driver who had moved to Rockland from the outer islands.

“He told me he had lost his boat, his house, his livelihood, and he’d moved to Rockland and started driving a cab because the groundfishery was disintegrating,” she recalled.

That spurred her interest in the fisheries and in the consequences of their decline for people living along the coast.

In order to propel the story from an educational standpoint, she gave Ben a degree in marine biology. Ben, as he sets out to describe “what was happening to the fish and to us,” says:

“Where the rivers dump out into the bays should be the richest fishing. The river water mixes nutrients into the bays—there’s lots of plankton there to feed the little fish like alewives and pogies. To the south of here, they call the pogy menhaden, and even bunker, which is our family name. Comes from the French bon coeur, meaning good heart. I’m proud of that, but pogy is the Maine name for them.”

Then there’s “Uncle John,” talking about how overfishing killed off the groundfish.

“’Can’t be good for anyone just to fish for one kind of critter,’ Uncle John told me. ‘Used to go after a little bit here and little bit there. Scallops and shrimp in winter, lobster in the summer, and the fish. That’s better for the fish, too. Gives ‘em a break from being hunted and caught.’”

With Ben sharing his experience and perspective, this book is a great way to understand the changing fisheries of the Gulf of Maine and Georges Bank, and the ways in which the changes affect the families and communities along Maine’s coast.

Laurie Schreiber is a regular contributor to The Working Waterfront, Fishermen’s Voice, Maine Biz and other coastal newspapers. She is the author of Boatbuilding on Mount Desert Island. 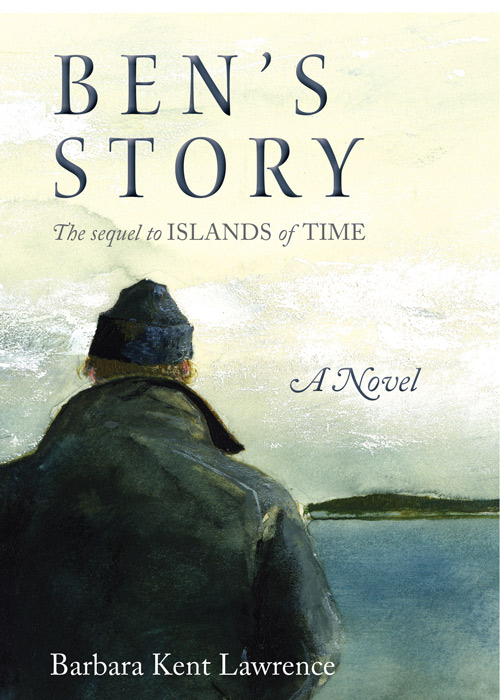