A new restaurant that opened up a while back had itself a maitre d’ and its own bartender and everything. They had a lot of live music and as a result the place was quite a draw some nights. They tapped the locals as waitresses and waiters and these folks, capable enough in familiar surroundings, were hard pressed to conduct themselves in ways that fit the notion of service, to which some of our visitors were accustomed.

Now you take the matter of wine selection and related details. The owners had put together a reasonable wine list with the help of the distributor’s customer service people, but they lacked follow through.

One day, when the place was absolutely packed, one of our homegrown young women, just done with a long day stuffing bait bags, found herself waitressing the dinner shift on open mic night. At table eleven was seated a cosmopolitan young couple who’d come over from the Tidewater and had already determined that the only way to ensure solicitous service was to make a fairly big and demanding noise and sustain it at a good shrill pace.

Circumstances on this night were clearly going to require an elevated level of such demands since it was so crowded and was staffed by so many indigenous people of such limited capabilities. Shirley asked them if they had made a drink selection and they responded with an interrogation sufficient to establish her everlasting inadequacy in such matters.

The stage set, they asked to speak to the wine steward in person.  Shirley reported back to the bartender.

Scooter had The Bartender’s Guide attached to the wall with duct tape above the opening in the little bar through which he could view the completely packed dining room. In way over his head and not in an agreeable frame of mind, he stormed across the dining room, gathering his wits about him only as he neared his destination.

“Can I help you folks?” he inquired.

“Only if you’ve experienced, like, civilization at some point in your—uh, life,” the young diner snickered, as if to emphasize the wild abandon he employed in painting “life” with such a broad stroke.

“Let me try,” replied Scooter, a be-medaled vet who was working three jobs to support a family of his own, which included three orphaned kids he and Ruthie had adopted at mid-life.

“Our house wine this evening is a lovely Chilean Chablis, deep but not too demanding,” he began, “kind of the opposite of you.”

Eventually the sparring subsided and the ruffled young man selected a Sauvignon to go with their lobster.

Scooter had taken to practicing his corkscrew technique at home and wasn’t about to attempt any tableside service until he had it down pat, so he opened the Sauvignon for number eleven back at the bar and gave it to Shirley to take to the table.  When she arrived with it, the young gentleman gave her a withering look and said, “This wine is supposed to have been opened at the table. Having been opened at the bar, it has breathed too long and lost much of its nuance.”

“No shit,” said Shirley as she put the bottle to her lips, inverted it completely and took a big healthy swig. Wiping a little dribble from the corner of her mouth and modestly dispensing with a tiny pocket of gas she pronounced, “Hell, this is finest kind, hasn’t lost any of its nuisance at all. Now you folks drink up and enjoy your lobster ‘cause the ferry don’t leave till mornin’.”

The very cultured and urbane Phil Crossman lives on Vinalhaven, where he owns and operates the Tidewater Motel. 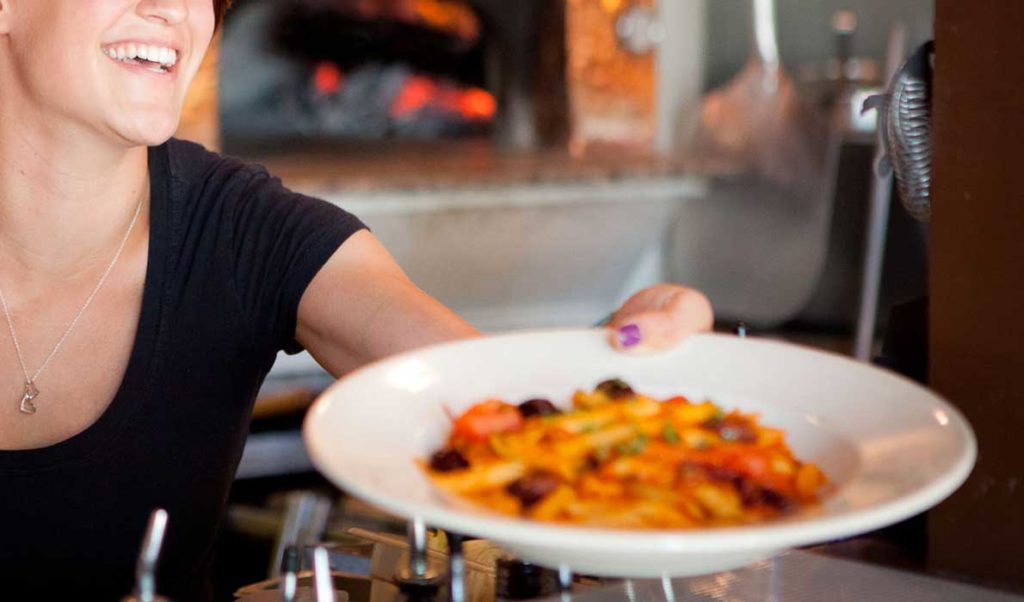