Winter on the coast of Maine in the 1980s and 1990s was a time for fishing urchins, scallops and shrimp. All three of these fisheries are now much smaller than they once were. Will they grow to create more economic opportunity in the future?

The shrimp fishery is in the most dire shape. While shrimp was once a $25 million fishery, it has been closed since 2014 due to small population size, which in turn is due to high levels of fishing in 2009-2011 and warm water temperatures over the last decade. Shrimp may be intermittently available for fishing in future years, but given projections for continued warming, the long-term doesn’t look good.

The urchin fishery in Maine targets green sea urchins, familiar from their shells found along the shore, for their roe. Urchins are either collected by divers or by dragging, between September and March.

According to a recent report authored by Maggie Hunter of the Department of Marine Resources, the first commercial urchin landings were recorded in the early 1930s, with urchin roe already a valuable commodity at that time for ethnic markets in Boston and New York. Hunter reports that the boom of recent decades started in 1987 when dealers began shipping product to Japan, and grew until it peaked at almost 40 million pounds in annual landings in 1992-1993 winter season.

In the 1994-1995 season, approximately 2,700 fishermen participated in the fishery and the landed value hit an all-time high of $35 million (price paid to fishermen at the dock for their product). Assuming the same percentage of licensed fishermen were active as in recent years (60 percent to 70 percent), each fisherman would have averaged around $20,000 in revenue.

These landing rates were not sustainable, and by the 2013-2014 season, Hunter estimated just 200 active fishermen landed $5 million in product, which would have put the average revenue per active fisherman at $25,000. Landings began decreasing in the mid-1990s and management measures were put in place to try to allow the population to recover. Today, landings are a tiny fraction of what they were during the peak in the early 1990s (2 million pounds in 2014-2015, compared with 40 million pounds in 1992-1993), less than a tenth. Many fishermen are participating in the fishery, but the average revenue per fishermen has risen.

An increase in price has helped. Today, landings are valued at $3 per pound, compared with less than $1 per pound during the boom years.

What does the future hold for urchins? Licenses have been tightly controlled for over 20 years, and DMR hasn’t issued new licenses since 2004 and retires any licenses that aren’t renewed, so the number of fishermen able to catch urchins will presumably continue to decline in the future. Environmental conditions also look to be generally unfavorable for an increase in the urchin population, given the transition of the seafloor to seaweed beds discussed in a previous column.

Scallops taken in Maine state waters are a fraction of those harvested offshore on Georges Bank; that is one of the largest, most lucrative fisheries in the country, at $438 million annually, one of the few fisheries close in value to American lobster ($617 million nationally).

Given the incredibly strong boat price for Maine scallops, landings of 1 million or 1.5 million could create a $15 million dollar fishery again. The question is whether local stocks can rebuild to a size that would support this much annual catch. 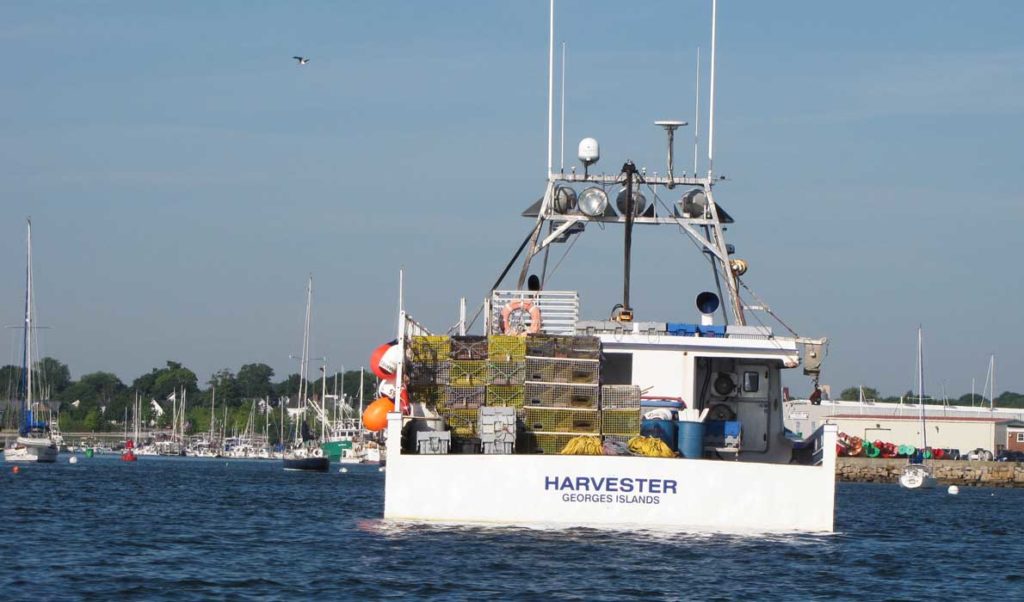