Many of the buoys I dropped off to Oscar Look, harbormaster of South Addison. Those that went unclaimed were turned into sea-junk art with the help of young people from Addison Point Children’s services and donated to various fund-raising groups such as the Beth C. Wright Walk for Life.

But there is a new player on the block, fouling the coast, the Gulf of Maine, and the wild things within. I first noticed the use of large (approximately 4-feet in diameter, and 5-foot deep) plastic buoys at a couple of moorings off Beals Island in the early years of this century.

Since then, anchorages and harbors across the Bold Coast have filled up with them, and salmon pens from Fundy Bay to Maine’s Midcoast are completely encircled by their bright yellow and red domes.

Each one is filled with tiny pellets of Styrofoam. Big, light, with excellent flotation, able to carry large anchor rope and chain even when piled with heavy loads of kelp, these buoys are a fine choice over the rusting metal buoys or the inflatable rubber moorings which can be found wrenched off their traces and high ashore islands and bluffs. And they are tough—belay that, were tough.

Not as tough as the UV rays that chew up plastic and make it weak as an old man’s knees during a rainy spell. Now they are falling apart, escaping their bonds and casting their toxic load of pellets far and wide. We can’t pick those up and make awesome sea-junk creatures.

But the real sea-creatures can eat them, by the bushel as millions of faux-fish eggs float across the sea. I have seen over a half-dozen of these errant buoys drifting, or cast up, broken, and bleeding tiny white pellets for the local marine denizens and shore birds to dine on. I see them falling apart at their mooring lines, cracked and spitting out beads of Styrofoam in their feeble plastic dotage.

It is time to clean the sea, not foul it even further for convenience. Many of these buoys are on the verge of deterioration and as such present imminent danger to the health of the ocean and marine wildlife.

If we had an adequate Department of Environmental Protection capable of targeting real threats to the environment instead of telling people not to dig holes in their yards, maybe they could address this issue.

Maybe the buoy manufacturers, commercial fisheries, along with the consumers of marine products (lobster rolls, Maine shrimp, scallops… yum, yum) and ocean health advocates at large could come up with a plan—a bounty on runaway buoys? Well-marked buoys so that the owners could be located and advised of the escape? Penalties for any resultant pollution and clean-up costs? Fees set aside for monitoring the use of these aging buoys?

Problems have answers and this should be an easy one. Let’s get to it.

Charles A. Kniffen of Lubec has lived in Maine for 30 years, where he runs Turtle Dance Totems sea-junk art assemblage and co-op with his wife. A combat-wounded Vietnam War veteran, he recently completed a war memoir due to be published by Sunberry Press in November. 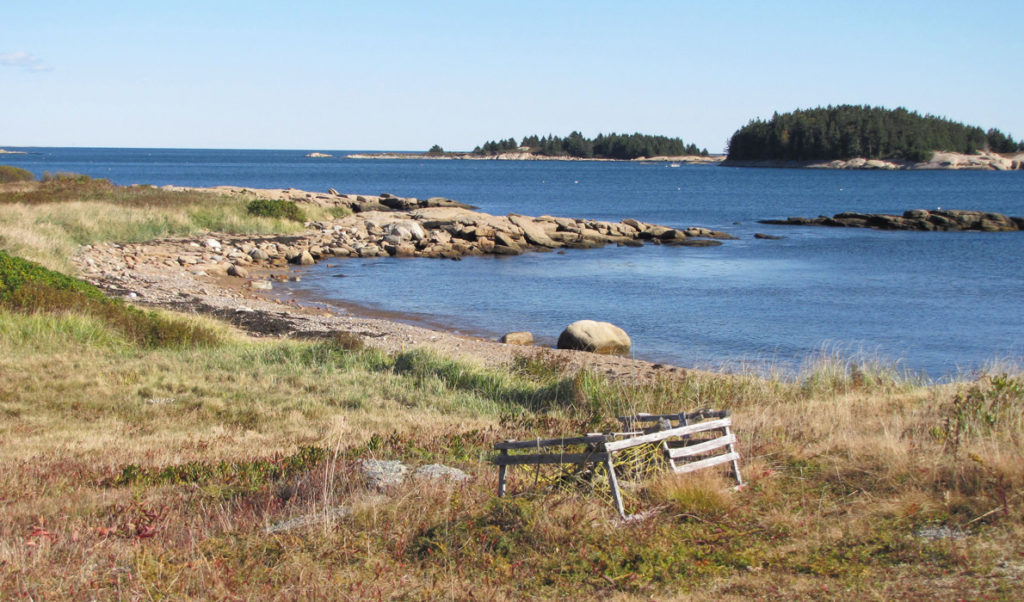 A wooden trap decays on the shore in Corea.