The award was presented by the Island Institute’s Community Energy Director Suzanne MacDonald, who explained that she has seen the Block Island community leaders work hard to make sure local voices were part of the development process.

“The Block Island community and Deepwater Wind are providing the whole country with a model for navigating the difficult process of developing renewable energy resources. Small communities aren’t always given a seat at the table, but Block Island residents worked alongside Deepwater staff to provide input and inform the process, ensuring local benefit.”

The 30 megawatt, 5 turbine Block Island Wind Farm is under construction and scheduled to begin operation in 2016. The project will connect Block Island to the mainland electric grid for the first time, ending the community’s reliance on diesel generators and reducing electricity costs by an estimated 40%.

William Penn, President of the Block Island Residents Association, said, “I am delighted that Block Island is the recipient of this year’s Island Energy Innovation Award. What started out as a with one of the highest electricity rates in the country has turned into the good fortune of the first offshore wind farm in the country. This has been an all-hands project with the collaboration of the public, private, and nonprofit sectors of our community.”

“Block Island is a truly unique and special place, and it’s only fitting that an island community like this one be home to America’s first offshore wind farm,” said Bryan Wilson, manager of the Block Island Wind Farm. “It’s been an honor for all of us on the Deepwater Wind team to work closely with Block Islanders for the last several years to make this project a reality and to develop it in the right way. As a year-round Block Islander, I’m particularly proud that my hometown is leading the nation and I thank the Island Institute for recognizing everyone’s work on this pathbreaking project.”

Island communities throughout New England, including Maine, have watched this project closely.  Since 2010, the Island Institute has worked to help exchange information between Block Island leaders and other New England island leaders at the annual conference, exchange trips, and video conferences.  Most recently, the Island Institute has connected the island community of Monhegan, which also runs off of diesel generation and has been at the center off offshore wind discussions in Maine, to Block Island leaders to learn more about communication strategies and community benefit structures. 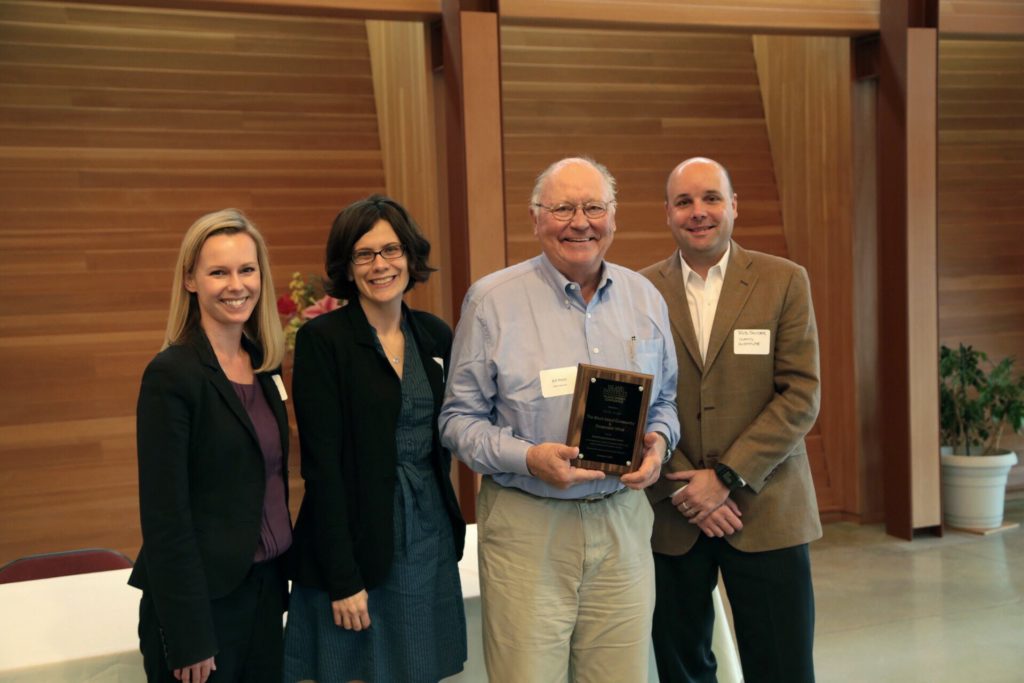