Maine’s working waterfronts are the lifeblood of our coastal communities

Rapid changes in Maine’s climate and economy are putting tremendous stress on Maine’s coast, and now less than 20 miles of our 5,000 miles remain as working waterfront. Skyrocketing real estate prices are pressuring waterfront businesses to sell and convert to residential uses, cutting off access for fishermen and women. Rising seas are threatening coastal infrastructure, and rising energy costs make it harder to run waterfront businesses.

We have to work together to save Maine’s working waterfronts. We need to simultaneously preserve our remaining working waterfronts and help those who live and work there adapt to a changing world. Otherwise, this way of life that keeps us connected to the coast is at risk of disappearing.

Join us in preserving and protecting Maine’s working waterfronts. Become a member or renew your membership today! 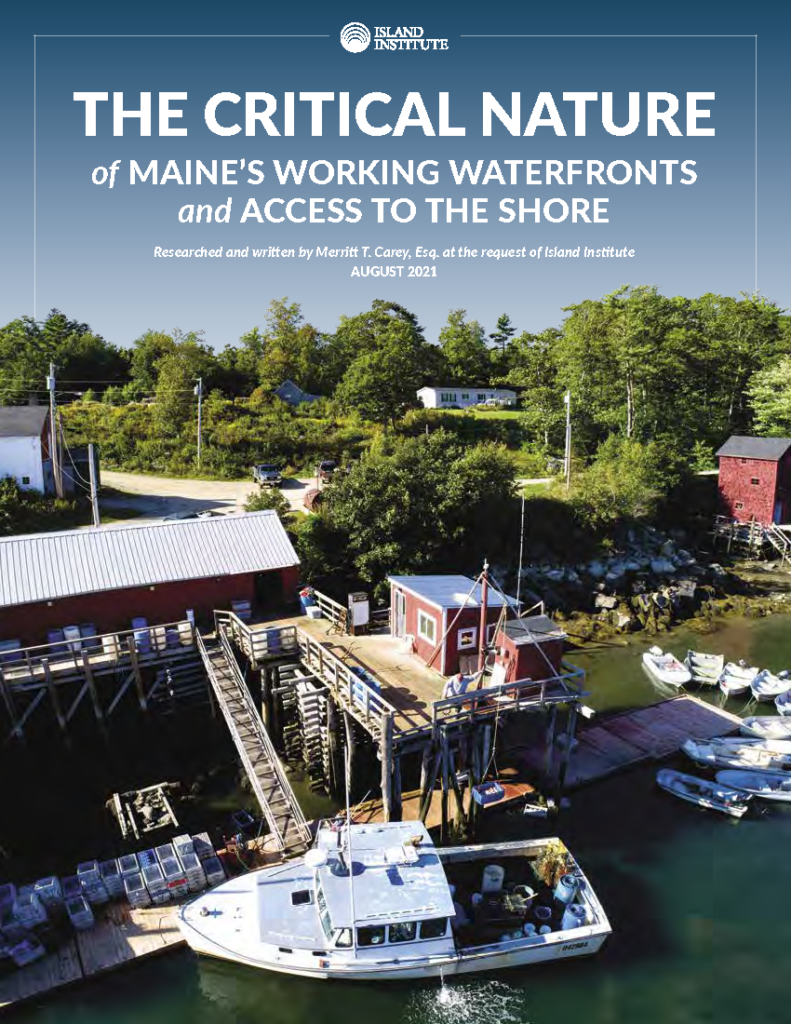 The significance of Maine’s working waterfront and of preserving and creating access to the shore cannot be overestimated. In a post-pandemic world with incredible pressure on Maine’s coastal real estate, ensuring commercial access to the shore has never been more critical. Maine rightly touts its “Blue Economy” for economic development purposes; and while there is significant investment in developing the blue economy, to date there has been minimal investment in protecting the access that ensures its growth is possible.

In June 2021, the Island Institute commissioned a landscape analysis, conducted by Merritt Carey, an active advocate for Maine’s working waterfronts, to assess the current scope of the issue, what’s at stake, and what we need to do to take action. View the full report here. 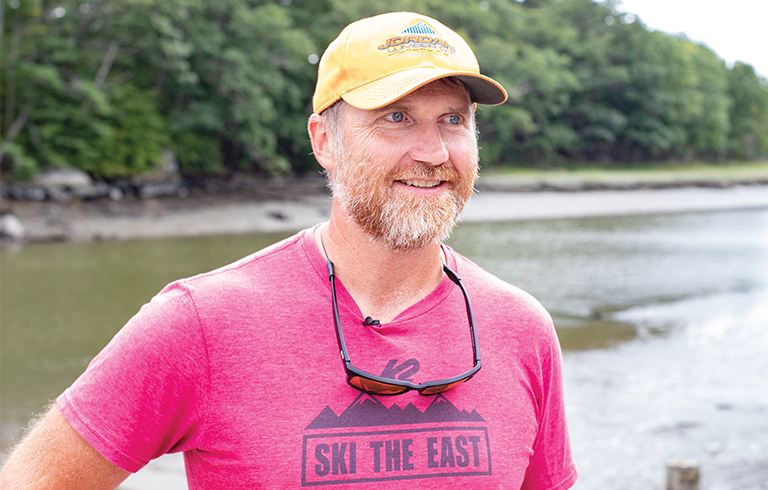 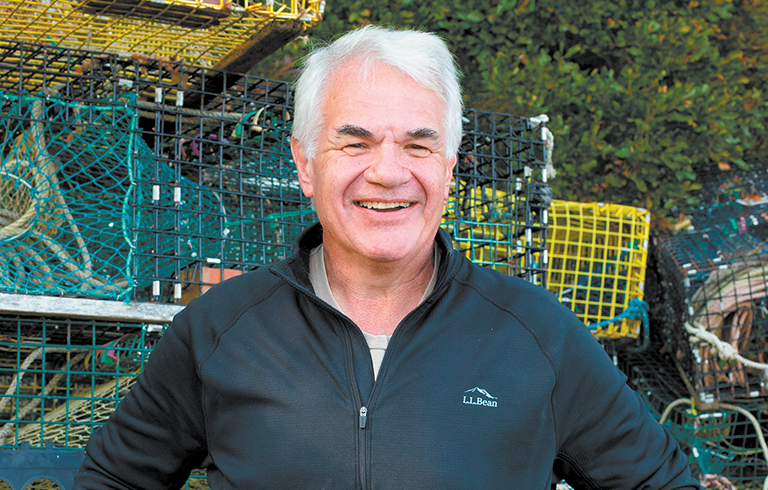 “The working waterfront is the synapse between the sea and the food chain that comes from the water. Maine’s waterfront is not only a place to work, but it’s a place where generations of families have settled. I’m honored to be a part of this community and provide good jobs in a place that means so much to us." 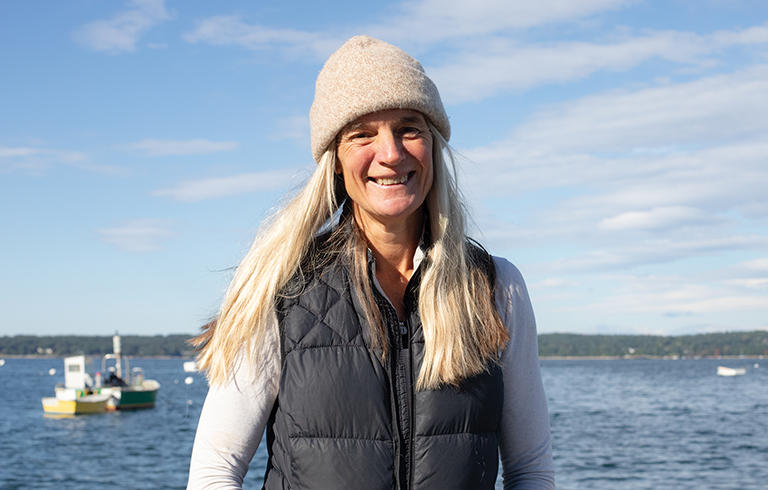 "Once access points are gone, they do not come back. The need to protect existing access is both urgent and critical, and while we need to understand more comprehensively the overall economic impact of our seafood industry, we cannot wait for that data to act."

10 Working Waterfronts We Can Learn From

Carter’s Wharf is a lobster buying station in Boothbay Harbor that includes two piers, a buying operation, and a building that was one of the first three fishing co-ops in the state of Maine. Donated to the Boothbay Region Maritime Foundation in 2019, the group plans to make improvements that will help preserve it as working waterfront, make it safer for fishermen, and provide the public with an opportunity to learn about the commercial fishing industry. Check out this video to learn more.

Community Shellfish in Bremen is a community of harvesters working to support independent farms, Maine’s working waterfront, and the aquaculture industry. It utilizes wholesale and retail networks developed through clam, lobster, and oyster sales to make it easy to get a product to market and create recognizable brand names for ismall independent growers and fishermen. The harbor and stone dock at Community Shellfish provides the infrastructure to support 50+ local lobstermen and stern-men and women and over 40 diggers providing some of the finest steamer clams in Maine.
Learn more here.

Founded in 1978, the Cranberry Isles Fishermen’s Co-op is made up of 26 men and women ranging from 18 to 85 years old and supports the fishing economy for the entire island community. The co-op promises that every lobster it sells is sustainably harvested, and part of its mission is focused on practicing environmental stewardship—particularly regarding ocean health. This commitment is seen in the measures the co-op takes to protect the natural resource it harvests, its efforts to address the impacts of climate change and reduce CO2 emissions, and its work engaging with statewide leaders in scientific research. Learn more here.

Port of Eastport | eastport, mE

One of three deep water ports on the Maine coast, Eastport’s working waterfront provides support for a fishing and dayboat scallop fishery and offers global trade potential as the largest deep-water port on the East Coast of the United States. Learn more here.

The Portland Fish Pier is a publicly-owned pier in the heart of downtown Portland that serves as a major hub for the commercial fishing industry, supports multiple different fishing fleets, provides critical services for fishing boats, and is home to the Portland Fish Exchange, where over 20 million pounds of seafood are bought and sold every year. Learn more here.

First founded by a group of 15 fishermen in 1948, the Stonington Lobster Co-op was created to collectively own the waterfront property and facilities so necessary to all fishermen and to ensure waterfront access for future generations. Today, Stonington is the #1 landing port in the state and over 80 boats land product at the Co-op, primarily lobsters and crabs. Learn more here.

The Vinalhaven Fisherman’s Co-op is owned and operated by lobstermen of Vinalhaven. As Maine’s #2 lobster landing port, fishermen on Vinalhaven land more than five million pounds of lobster a year in addition to crab, scallops, northern shrimp, and bait fish. The Co-op supplies the lobstermen with bait and fuel and distributes their Maine lobsters to customers throughout the world. Learn more here.

For almost 30 years, the Rockland Municipal Fish Pier has proven to be a vital facility for fisherman, fuel transport, seasonal aquaculture harvesters, local island residents, ground fishing vessels, and more. This multi-use facility provides vital waterfront access and support services for fishermen and other marine industries up and down the Midcoast and serves as a vital link in the supply chain of the economies of island communities from Frenchboro to Matinicus. Learn more here.

Large prices typically associated with coastal property often presents a challenge to preserving working waterfront. When the Sewall’s Bridge Dock, a historic working waterfront located on the York River, was first put on the market, the community was concerned it would lose one of the last remaining access points to the water for fishermen. Through a collaboration between the local land trust and other community foundations, a plan was created to support local fishermen in purchasing the dock and placing a conservation easement on the property, thus preserving ongoing access to the waterfront and support for the local fishing industry. Learn more here. 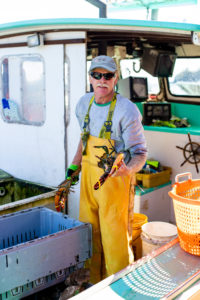 How We’re Taking Action to Save Our Working Waterfronts

A longtime leader in working waterfront protection, the Island Institute is working directly in communities to address these challenges head on.

The Impact of Your Gift

When working waterfronts are converted to other uses, the loss of water-dependent businesses often has negative economic impacts on surrounding communities and related working waterfront jobs. As these resources disappear, the coastal cities and towns built around them can lose their cultural and community identities.

Thanks to support from our members and donors, the Island Institute is redoubling its efforts to support this critical sector of Maine’s economy. Join us in supporting our working waterfront businesses and preserving this lifeblood of our coastal communities.

Together we can turn the tide

Please join the Island Institute community and make a gift today.
Your support will help preserve and protect Maine’s working waterfronts for generations to come.