Island and remote coastal communities face many challenges. Decreasing year-round resident populations threaten the diversity of human capital that make isolated communities viable. Limited access to resources, high cost of living, and limited economic opportunities all provide particular challenges as well. However, despite their small populations, volunteer participation is much higher per capita in island communities, indicating a high level of social capital. Critically, a single individual can have a greater impact because the populations are small and invested.

The Maine Islands Coalition (MIC) is a collaboration of island communities, facilitated by the leadership team at the Island Institute, that holds meetings to discuss a wide variety of topics. Meetings are held four times a year and combine networking, information sharing, and professional development.

As topics of great concern arise, MIC organizes to provide a stronger collective voice at the state level on specific legislation that directly impacts island communities. The voice of the islands is not always unified, but MIC serves as a tool to amplify the voices so concerns and support can be heard.

Maine Islands Coalition members are selected by town officials and are accountable to report back to the community they represent. Each town pays annual membership dues to be a part of the Maine Islands Coalition to help cover the costs of food for the meeting and some overhead for administrative coordination. Each island has a regular representative and an alternate who attend meetings. A term of appointment lasts three years, and there are no term limits. Four in-person meetings are held each year, with the option for representatives to attend virtually via video conferencing software. Three meetings are held at the Island Institute Office building in Rockland, Maine, and one meeting is held at the State House in Augusta to encourage participation of legislators.

Both State and Federal legislators and their staff are invited to attend every MIC meeting to hear directly from their constituents. There is time set aside in the meeting agenda for representatives to give a brief legislative update.

Topics are suggested by the coalition’s appointed community representatives and determined in the fall by the executive committee. Outside guests are brought in to provide information on the chosen topic and offer networking between related organizations. Each island representative gives a brief update on key issues facing their communities. 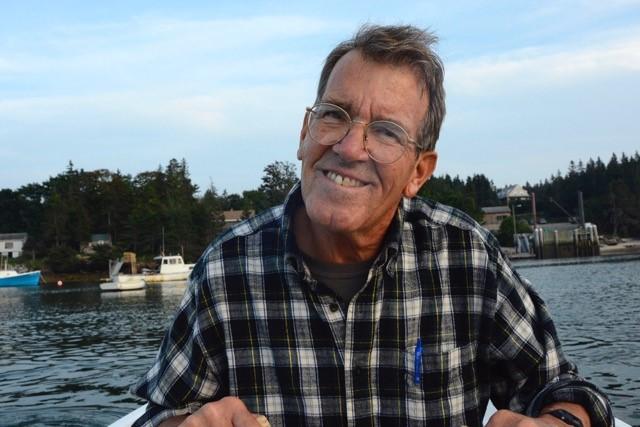 How did the idea of the MIC come about?

Eldon Mayer of Chebeague and I came across each other at some point and decided to call the Institute to get the word out about and hosting an impromptu gathering of islanders in Rockland; basically, we wanted a discussion forum. They did, and about twenty-five folks showed up and by the end of the the gathering we had an agreement that The Institute would initiate a more formal call for representatives from each of the fifteen islands to meet and establish a new organization kind of under its umbrella. A staffer, Nate Michaud, was assigned to us; we met and set up an organizational structure, schedule, name, assessment policy and standards for the reps (needing to be either elected or appointed). And, we’ve met four times/year ever since. We have had a series of specific staff members dedicated to our meetings over the years (Karen Burns, of course, is performing this function most capably today). But we are also now enjoying the breadth and depth of II personnel resources leading up to, during and as follow-up to each of our meetings.

The early agendas seemed to go straight to one of the original goals of The Institute: to connect the fifteen year-round islands and have their residents meet face-to-face to discuss the challenges they either had in common or which were of unique import to any one island community at any given point in time. To this day, the inter-island check-ins seem to be the most anticipated, popular, energetic and invaluable portions of our meetings. The preparation for and communication about our meetings has been outstanding. This has ensured efficient, interactive, lively and highly productive meetings. The format has been consistent for a good long while now and appears to be producing what the representatives want.

What are a few of the most helpful things that come out of MIC meetings?

The most important contribution of the MIC process has been the gathering and sharing of information – from within and without the archipelago. Right alongside that is the development and exercise of leadership based on understanding these communities.Another important component is good news – hearing the success stories one island community or another has accomplished.

How has it helped you and the Cliff Island community?

Here on Cliff, we have a new nonprofit, Sustainable Cliff Island, and through the contacts made at recent MIC meetings we have been able to locate and avail ourselves of essential resources which are enabling us to move our mission and actions steadily forward.

Transportation on- and off-island can present a challenge, especially in the winter, for meeting attendees, which has been partially mitigated by offering a virtual option.